The Edgerunners Update (Patch 1.6) is live on all platforms!

It brings various gameplay fixes and improvements, free DLCs, as well as content inspired by Cyberpunk: Edgerunners. The anime will premiere on Netflix on September 13th.

Below you can find the list of the most notable changes coming in this update.

Wardrobe allows you to change the appearance of your outfit without changing your armor stats. You can create up to 6 outfits using the pieces of clothing you own by accessing the wardrobe in any of V's apartments and safehouses and then switch between them in the Inventory panel.

Fixers will give you 3 new gigs:

Added a Cross-progression feature between platforms. Your latest saves will be automatically uploaded to the cloud so you can continue where you left off easily on other platforms. Cross-progression provides the latest save for every save type (Quick, Auto, Manual, etc.). Feature becomes available after you log in with your account (from Main Menu or the in-game Load Game menu). Cross-progression may be limited when it comes to console versions with regional restrictions, you can find more details here.

Added some secrets related to the Cyberpunk: Edgerunners anime series to be discovered in Night City, including new equipment and new Photo Mode features.

You can now play a brand new mini game using arcade machines located in Night City, including the ones in the Northside, Japantown and The Glen apartments. Climb the leaderboard to earn special prizes including cash and items! If you're enjoying Roach Race in Cyberpunk 2077, check out the mobile version for Android and iOS. Remember that your high scores in the in-game and mobile versions are separate, though.

You can now take photos of Nibbles in Photo Mode! While in Photo Mode, go to the "Pose" tab and choose Nibbles in the "Character" section. Please note that this option becomes available only after you invite Nibbles to V's apartment.

The following changes take effect only on the PC version of the game and once the REDmod is installed.

Hey chooms, remember that these are just the highlights. There's a lot more improvements and fixes in this patch, so go and check them out in the game!
Click to expand...

Omg cross progression so I can buy on steam! Let's go ooo just in time for my steam deck


DenchDeckard said:
Omg cross progression so I can buy on steam! Let's go ooo just in time for my steam deck
Click to expand...

How's the performance on the Deck?

No FOV for consoles? Was hoping for that.

How's the performance on the Deck?
Click to expand...

That list of changes is longer than the amount of time they play tested the actual game before launch.

The_hunter said:
No FOV for consoles? Was hoping for that.
Click to expand...


Interesting. What kind of technical challenges are we talking about...

Have they fixed the teleporting cops yet?

Added more secrets in Night City to be discovered by players. Due to some technical challenges, this change isn't available on the previous generation of consoles.
Click to expand...

Should have been like this from the start and just released on next gen consoles. I don't blame them though. I played it on a last gen console.

Wonderful! I really want to get back into the game, but a bug corrupted my save progress in the original release of the game after 20 hours in. I found the beginning of the game so dreadfully boring that I can't bring myself to replay it. I tried finding some saves online to the spot I was at... and sadly all of them have character section choices that are hideously ugly and no way to alter your base appearance later in the game. So I just stopped.

It says they've fixed the FPS drop when opening the map on PC. Fuck, I hope that's fixed.

Totalimmortal - Fixed the grass clipping through the floor on the way to Yorinobu's office.
Click to expand...

I remember finishing the game for the first time and the office being filled with grass glad they fixed it but took 6 months? Lololol
Last edited: Sep 6, 2022

Pagusas said:
no way to alter your base appearance later in the game. So I just stopped.
Click to expand...

That was patched in last time. You can edit your character by going to any mirror and with this 1.6 patch you will also be able to do it at Ripperdoc's.

I'll give it a redownload

Nothing about fixing cops. -_-'

But still, time for a third run.

rodrigolfp said:
Nothing about fixing cops. -_-'

But still, time for a third run.
Click to expand...

thats coming in another patch. they mentioned it in the live stream.
F

RoadHazard said:
Have they fixed the teleporting cops yet?
Click to expand...

They said there will be a police overhaul in a future patch.

How's the performance on the Deck?
Click to expand...

There's some fixes in this patch for the steamdeck.

i‘m still waiting for more patches and the expansion before replaying it.
W

So I can continue the save I was playing on Series X and pick it up on PS5?

FireFly said:
They said there will be a police overhaul in a future patch.
Click to expand...

Alright, that's good then. The game is only two years old after all, can't expect the game to actually be finished much faster than that. 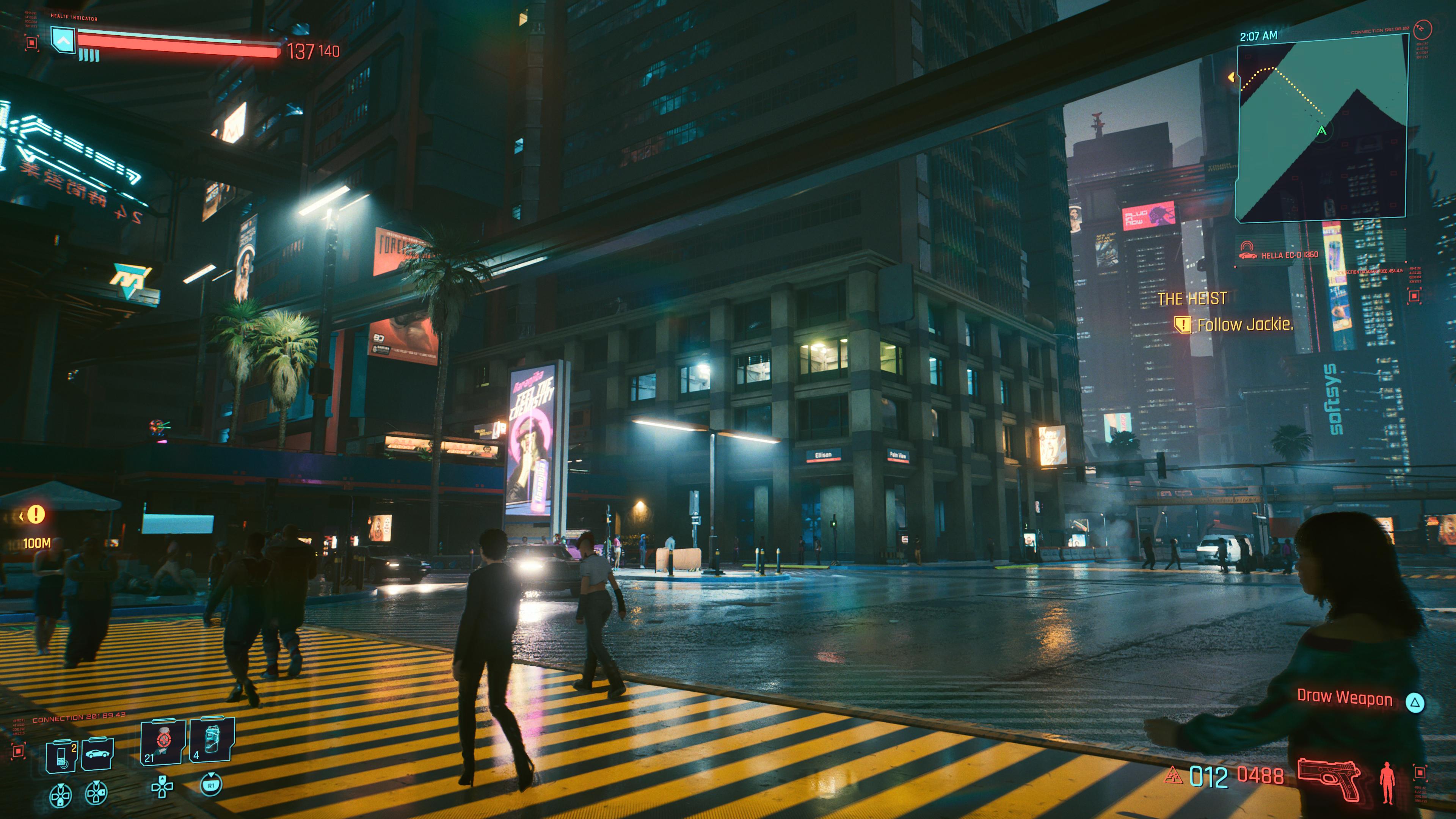 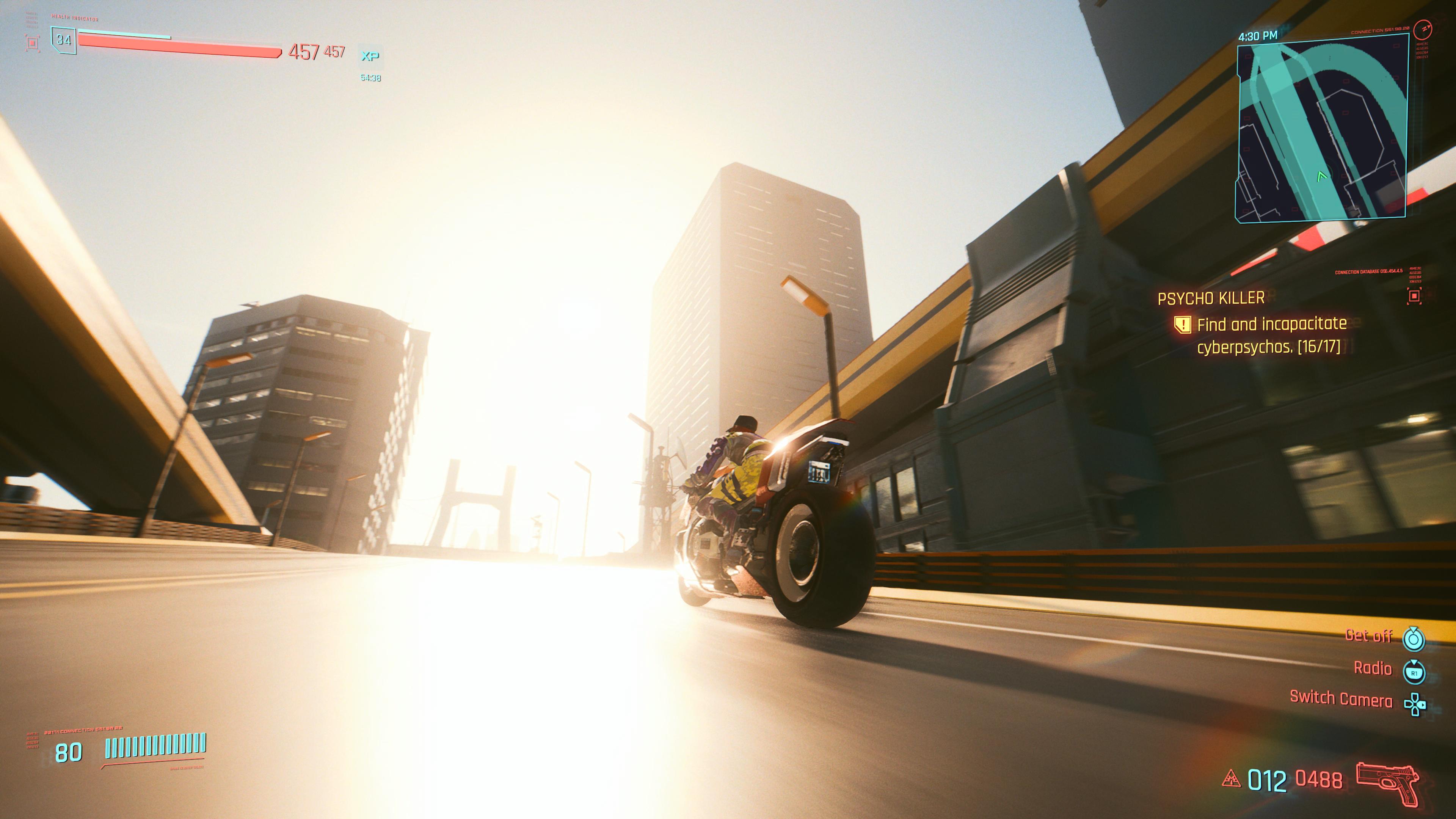 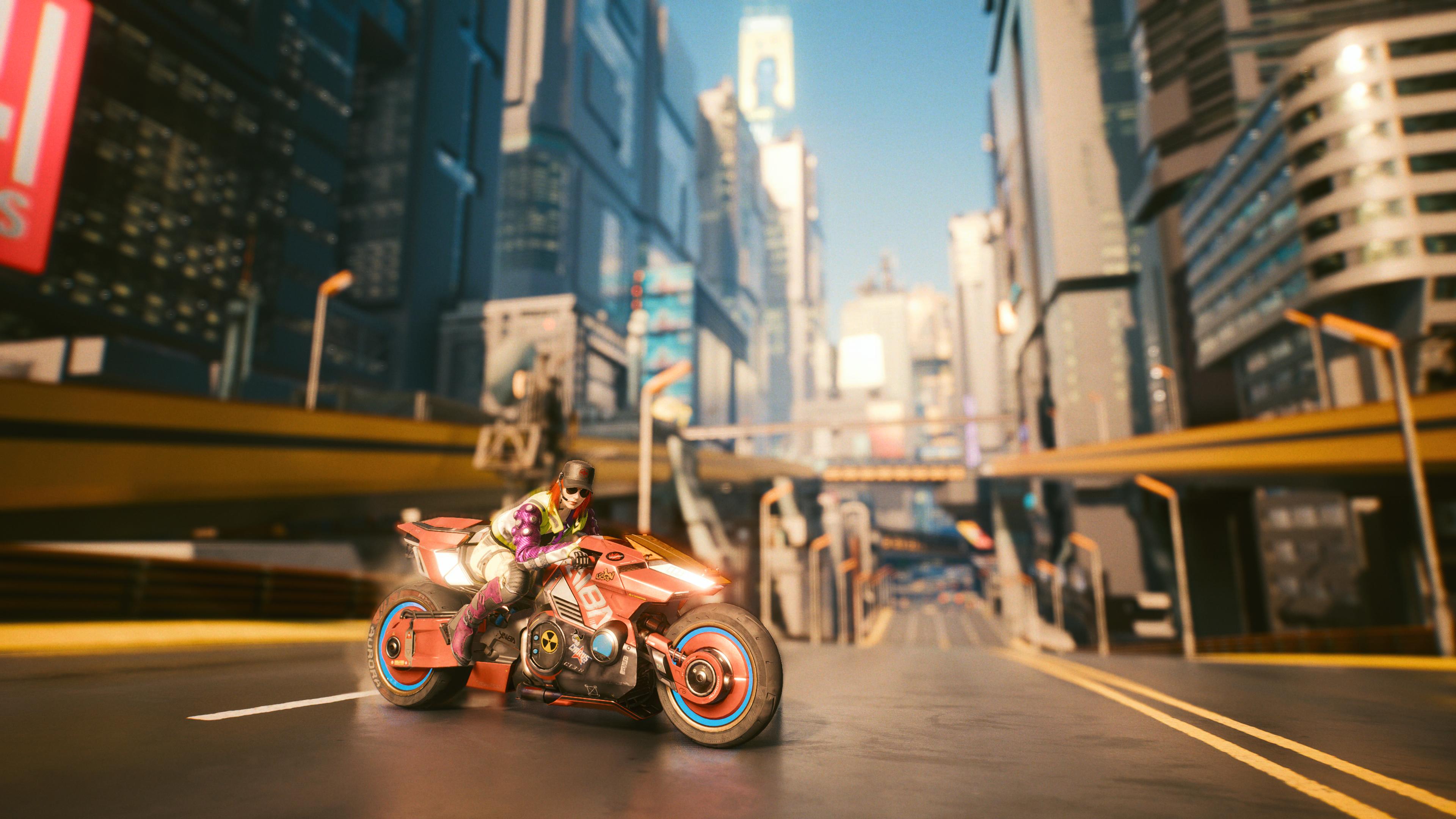 Already 30 hours in to a playthrough at present towards the platinum but it’s a bit Grindy if I’m being honest.

I do like the gameplay but it can get repetitive. The world is just so cool though. Such a shame it launched in a shit state on last gen consoles as it is a pretty good game after the fact. But first impressions are important and I’m sure from their shit stock price they will not be releasing Witcher 4 in that state at launch.

Woggleman said:
So I can continue the save I was playing on Series X and pick it up on PS5?
Click to expand...

Well, they finally fixed the drone drop bug after all this time lol
Too bad they still didn't fixed the motobike bug. Looks like my first save is doomed forever...

But I do like very much the warbrone function. Worst thing this game has is clothes acting as armor. Now I can choose my cloth and ignore the visuals.

Have to test it to say for sure all of them are actually posotive. We will see.
Last edited: Sep 6, 2022

one small thing i had hoped for was being able to quieten/mute V’s footsteps. so god damn annoying!

how can you give CDPR feedback? i thought they’d fix it by now but maybe im the only one who gets annoyed by it.

They nerfed the target analysis sell price and increased the crafting costs.

It was a good run while it lasted. 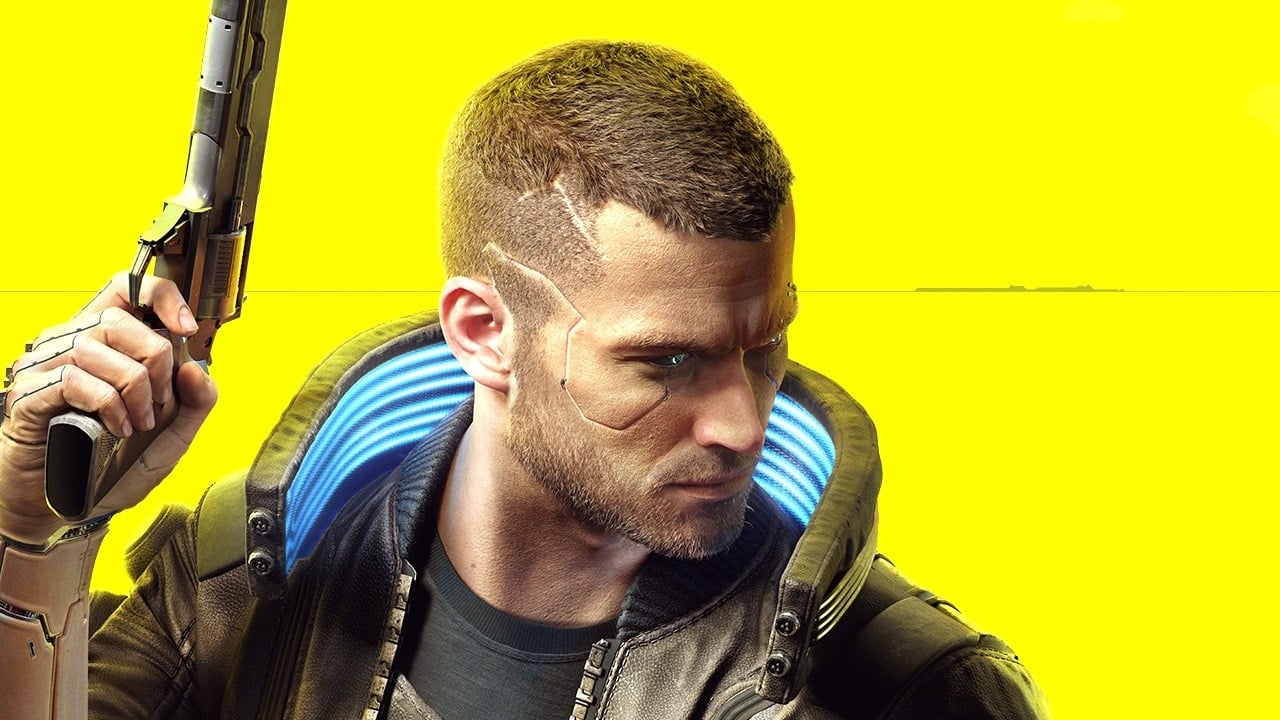 Patch 1.6 for Cyberpunk 2077 rolls out to players today, but CD Projekt Red has confirmed that this will be the last major update for the game on Xbox One.

Cyberpunk 2077's next major content update, Patch 1.6, will be available to download today, bringing with it a 60fps performance mode for Xbox Series S, a new transmog system, crossover items from the anime Cyberpunk 2077: Edgerunners, new quests, and more.
Click to expand...

CD Projekt Red also confirmed that Patch 1.6 for Cyberpunk 2077 will be the last major update for previous-gen consoles. While the game will still be supported on Xbox One, it will only receive updates that will fix bugs and other issues — no new content will be added.
Click to expand...

Input lag in Ray Tracing mode on PS5 is still the same. Shame.

I finished this game with the PS5 update. Might hop back in yo mess around and do side missions. I thought it was fantastic.

Report me if I continue to console war

Patch 1.6 for Cyberpunk 2077 rolls out to players today, but CD Projekt Red has confirmed that this will be the last major update for the game on Xbox One.

Optimization is a thing. Good to see the XSS get proper attention.

Wonder if the resolution or details have been lowered?

NXGamer can do a video?

Shame that the improved police system STILL isn't in :/

S0ULZB0URNE said:
Wonder if the resolution or details have been lowered?

S0ULZB0URNE said:
Wonder if the resolution or details have been lowered?

This game still has brain dead NPCs clashing against everything?

I'll wait an extra year...this might be playable in 2024. I'm honestly curious to play it one day. Glad they just didn't abandon this.

Transmog is a nice touch. Hated how half of the higher spec gear was hot pants and dog ears or some shit like that

Is this the last major update?

Is that just the update? Seems to big for just 1.6
A

TheMan said:
Transmog is a nice touch. Hated how half of the higher spec gear was hot pants and dog ears or some shit like that
Click to expand...

Yep, the game was mocking you for wearing high spec stuff

the little box that keeps delivering.

Those are some nice improvements. It's a good game, just not what was promised.

And even a lot of the story missions were pretty dull.

Very cool world though. I hope they can do something with the police-system to make exploring feel a little more dynamic, and take advantage of the solid combat system and awesome level design, which isn't being utilized to it's fullest.
A

Yes, this is from the patch notes:

[Xbox Series S] Added a new Performance Mode which can be enabled in Settings > Video > Graphics Mode. FPS is aiming at 60 in 900p with Dynamic Resolution Scaling (in 800p to 1080p range).
Click to expand...

Anyone know where I can pick up a cheap PC UK Steam code?

I advertised for Google Stadia

DenchDeckard said:
No idea lol. Need to find a cheap key for steam first...there's only gog codes by the looks of it.
Click to expand...