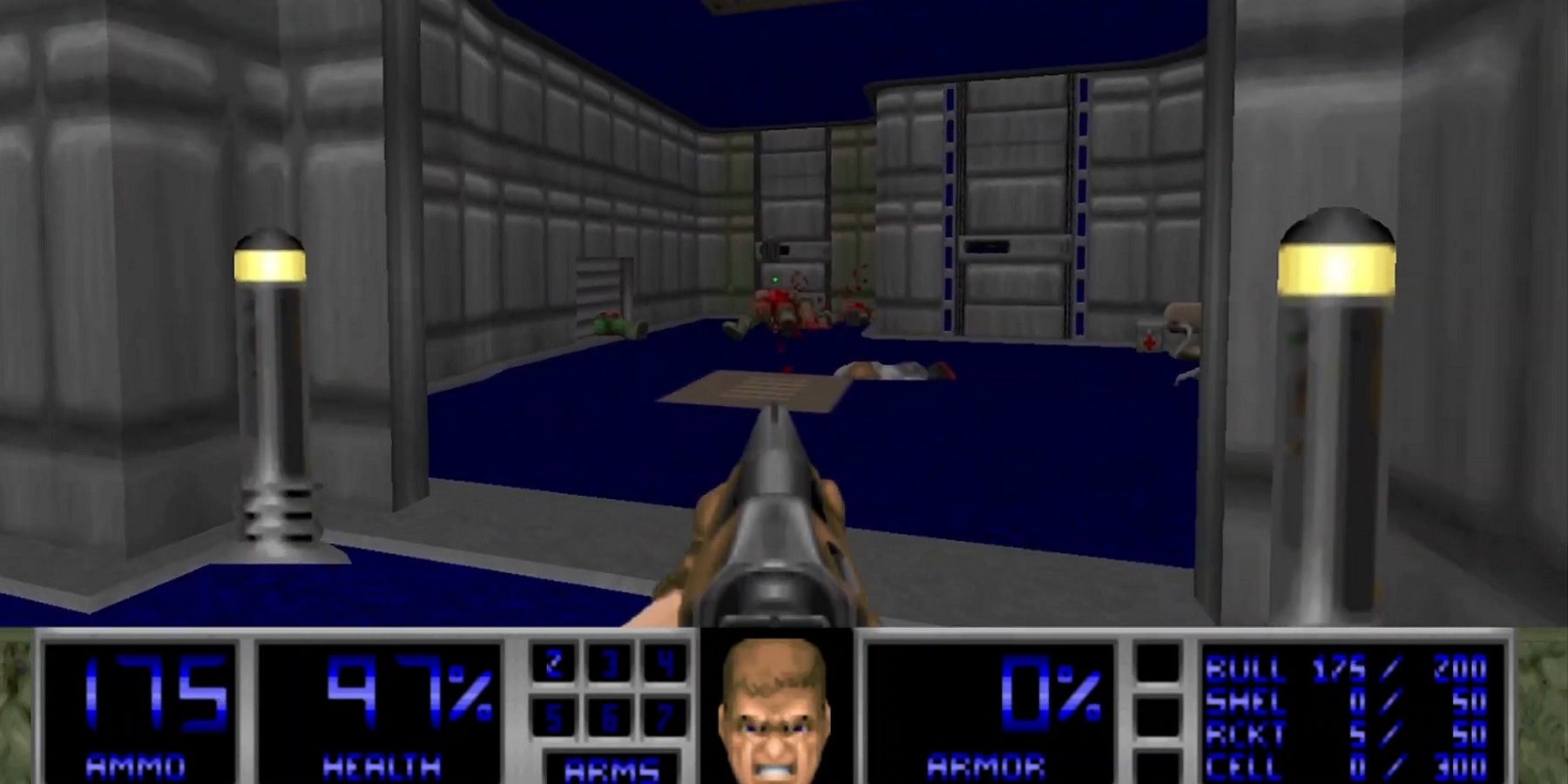 A Doom modder is recreating the iconic FPS using the Doom Bible, a document that was written before the original game was released way back when.

A modder is currently recreating Doom from the "Doom Bible" design document, which was written in 1992, one year before id Software released the original game. As a classic run-and-gun shooter, essentially helping to kick-start the FPS genre, the 1993 release is considered an icon in the gaming industry, known for pushing the boundaries of what was possible in development at that time, as well as spawning a number of sequels and two successful reboots which brought the franchise kicking and screaming into the modern age.

Although the first entry is notorious for its mindless violence and lack of in-depth story, the original idea for Doom was a lot more complex. A design document written by Tom Hall, one of the co-creators of Doom alongside John Carmack and John Romero, showed what id had in-store before Doom would come about. Called the "Doom Bible," it was evident that the game was supposed to have a lot more substance, such as having more than one playable character, all of whom had detailed backstories, as well as different weapons and different monsters, such as scientists. While much of what Hall wrote didn't make it into the finished product, someone is finally making it a reality.

As spotted by PCGamesN, modder CoomSlayer15 is currently developing a version of Doom based on this design document. The project is called "Fall of Tei Tenga" and while the description on ModDB does say the release date is "TBD," there is a shareware version available to download now. The mod essentially brings Hall's work to life, which will include the four playable characters and the new arsenal of weapons, including an SMG, rifle, and a variation on the BFG called the "BFG 2704."

Very cool. Always happy to read about new DOOM related stuff, can't believe the community is so active even after almost 30 years.

As true of a remake as it could get
Last edited: Nov 3, 2022
You must log in or register to reply here.