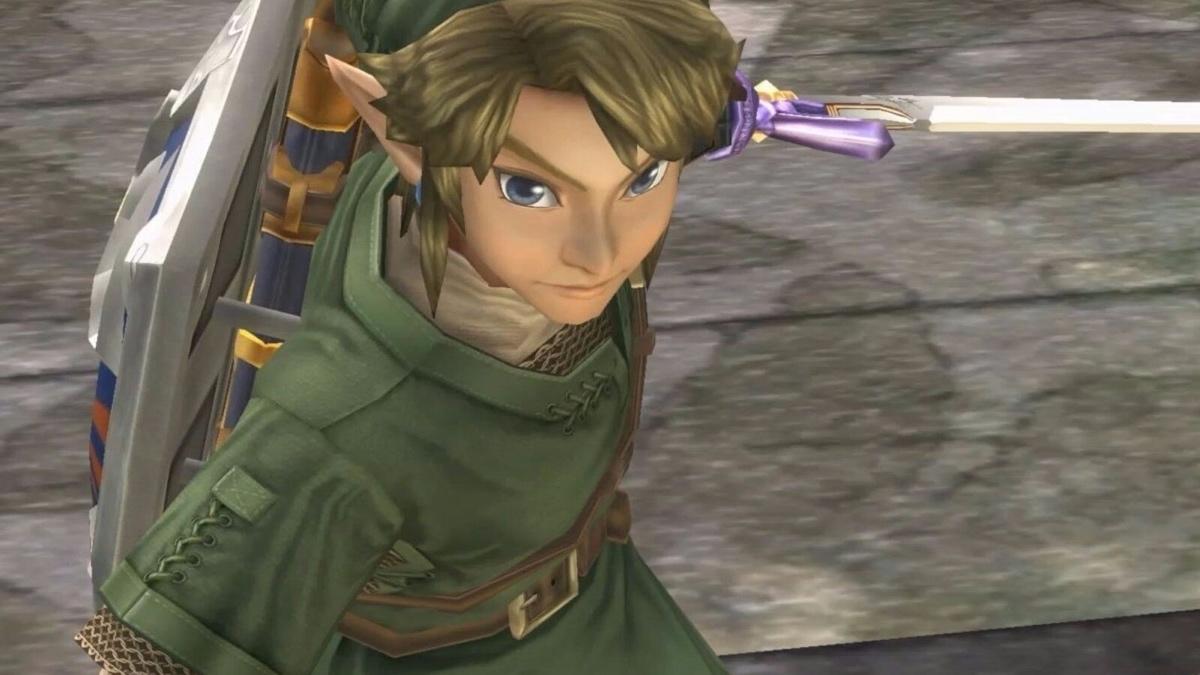 Fans have been begging for years to see The Legend of Zelda: The Wind Waker HD and The Legend of Zelda: Twilight Princess HD released on Nintendo Switch. The remasters originally released on the Wii U, and remain some of the system's only first-party games that have yet to release on Switch. It seems an end might finally be in sight, as Venture Beat's Jeff Grubb believes the ports could see release in the fall. Grubb stated as such in an appearance on his podcast, pointing to Nintendo's yearly Zelda releases to support his theory.

"They want to have a Zelda thing every year, they've been holding onto this, why wouldn't they just put it out this year, and if they don't put this out or some other Zelda thing this year instead of just waiting for Breath of the Wild 2, I just will not understand," said Grubb. "I do think this game, as much as it was a joke in the Mega64 video, I do believe it does actually come out in October."

As Grubb points out, there has been at least one Zelda game released for the Nintendo Switch every year since launch: Breath of the Wild (2017), Hyrule Warriors: Definitive Edition (2018), A Link to the Past (2019), Hyrule Warriors: Age of Calamity (2020), and Skyward Sword HD (2021). With The Legend of Zelda: Breath of the Wild 2 pushed back to 2023, the Wii U ports could help fill that Zelda gap in the schedule, while giving fans something they've long been asking for. It's unclear if The Wind Waker HD and Twilight Princess HD would be offered as part of a collection, or sold individually.

IbizaPocholo said:
As Grubb points out, there has been at least one Zelda game released for the Nintendo Switch every year since launch
Click to expand...

How the fuck is grubb so prolific?

Why does every single game need to be released every generation? How bout we wait for switch 2 for some 3d all stars like game with those and maybe a OoT remake to go with it.

Sgt.Asher said:
How the fuck is grubb so prolific?
Click to expand...

Xbox zealots blew him up because him, and jez get a lot of controlled leaks from xbox, especially last year. Now everyone hangs on every word he says even though he has rarely guessed anything correctly about playstation or nintendo

Click on rumor topic specifically because it DOES NOT have Geoff Grubb in the title, ha lolz is really Geoff Grubb anyway.

All Geoff Grubb rumors need to be quarantined in a "Geoff Grub Rumors" topic so they can stop being spammed on GAF.

Always thought Nintendo already has those remasters done sitting in their backlog saving them for bad times.

Grubb and comicbook.com? Now thats a bs sandwich if ive ever seen one

Sp3eD said:
Why does every single game need to be released every generation? How bout we wait for switch 2 for some 3d all stars like game with those and maybe a OoT remake to go with it.
Click to expand...

I’ll take it now assuming Switch 2 is BC and the games perform better on new hardware…but who are we kidding Nintendo is not Microsoft when it comes to emulation quality and BC. Still I’ll take HD Twilight Princess since I didn’t buy it on Wii U.

I'd rather see more than just additional Wii U ports. Give us enhanced versions with new content or actual remakes instead.

Why is this labelled a rumour when it's just some bloke's opinion?
J

How did Nintendo release so many great games generations ago, and now they don't want to make hardly any.

Going to be great with the maps and items on the second screen. Oh wait...

Not sure if I'd play WW again but I think I'd be up for a third run through of TP. It wasn't even close to my favourite Zelda but how can I resist.

cireza said:
Going to be great with the maps and items on the second screen. Oh wait...
Click to expand...

Yeah, going back to single screen for WW and having to open the sub-menu every 10 seconds to swap active items? No thanks.

TP I’d take, even if it’s far from my favorite Zelda.

Why not Ocarina and Majoras remastered

remember_spinal said:
Xbox zealots blew him up because him, and jez get a lot of controlled leaks from xbox, especially last year. Now everyone hangs on every word he says even though he has rarely guessed anything correctly about playstation or nintendo
Click to expand...

Ah, now we know why certain people want him banned from here. Keep lobbying, my friends

I think he will be right on this. They have been on a trend to port all of their valuable Wii U back catalogue (I am sad because the Wii U could have been a great console with a bit better HW and OS integration) and they obviously have gotten good at it.

Also, they have a BotW 2 delay and a gap to fill to keep people happy. Same reason they pushed harder with Metroid: Dread (helps people wait for Metroid Prime 4).

How did Nintendo release so many great games generations ago, and now they don't want to make hardly any.
Click to expand...

I rather get Oracle remakes.

I'd just like to say that I broke this rumor last weekend,

Geoff stole it from me uncredited.

The guy is a machine gun of fake leaks, but this one can happen. Not that he knows anything, of course. It just makes sense.

nush said:
I'd just like to say that I broke this rumor last weekend,

Geoff stole it from me uncredited.
Click to expand...

NeoGAF → Grubb → NeoGAF. I knew he wasn't just pulling it all out of his own ass (impossible because of the constant pee butt condition and all), he was pulling it out of our asses all along! Tales from our ass!

It's Grubb, so it's bullshit.

I will def. rock some Wind Waker in handheld mode.

Not even a rumor. Someone speculating a thing could happen.

I hope this is true as it's been one of the things what is holding me back from getting a Switch. That along with not being in 4K, which still means I won't own a Switch....

Nevertheless, I do think it's important to get all of the Wii U library onto Switch.
Last edited: May 4, 2022

93xfan said:
Not even a rumor. Someone speculating a thing could happen.
Click to expand...

RUMOUR: Sony could release a PlayStation 6 in the next ten years. You can quote me on that.
L


MAtgS said:
I rather get Oracle remakes.
Click to expand...

Even with Majora Mask he had to be held at gunpoint and because he didn't understand what he did his quality of life improvements just imploded the fun out of the game.

Oracle games are not his, so he has nothing but contempt for them. He's a jealous motherfucker.


Minish cap would have a bigger change, because it uses the Wind Waker aesthetic which had his blessing.
Last edited: May 4, 2022
J

Would love to see twilight Princess on the switch been wanting to replay for while now.

You mean to say Nintendo's going to keep doing what they've pretty much been doing since the HD era of their consoles which is to 'remaster' older games and re-release them again? And this is now spun as a rumor or insider knowledge by Jeff Grub?! What a story mark!

Jeff ain't wrong in this instance but it's the most predictable thing ever lol, stop taking his shit as gospel. He's a clout chaser.

Sgt.Asher said:
How the fuck is grubb so prolific?
Click to expand...

The bullshit just flows from him.

These 2 games and the Metroid Prime Trilogy not being on the Switch is a fucking scandal by now.

How did Nintendo release so many great games generations ago, and now they don't want to make hardly any.
Click to expand...

Um you have no clue do you? Nintendo has always released a limited number of great games. It always feels like a drought waiting for the next game from them that you'd actually want to play. If they ported these games what would make them shitty? They were fine on the WiiU and if they can put them out on the Switch why would that be something shitty? For those who didn't play them it is good to be able to play an updated version on a current platform. The games originally released more than 15 years ago some may want to revisit them and others may want the chance to play them without needing to figure out how to emulate them or the need to acquire a WiiU and copies. I get it. It makes you feel cool to call them shitty and rag on Nintendo because that tired shit flinging has been so popular for the last 5 years. FFS what company that supported a system that only sold 14 million total units would not try to port the games they made for it to a system that will soon have sold over 100 million units? You are whining about them doing something that makes business sense.

Wake me up when they clean up and re-release Ocarina of Time.

Lots of people are predicting this. Maybe Grubb is just copying them so he may get something right.

Captain Toad said:
Lots of people are predicting this. Maybe Grubb is just copying them so he may get something right.
Click to expand...

This one doesn't even qualify as a leak. It's just kind of common sense.

They did this same thing with Mario 3D World in January. These games are likely ready to go and they sit on it until they need to fill a release slot. Currently no Zelda's announced for this year. 1+1=2. It's a solid guess, but nothing more.
P

tommib said:
These 2 games and the Metroid Prime Trilogy not being on the Switch is a fucking scandal by now.
Click to expand...

Punished Miku was saying, they will go out when they need to fill a release slot. MP Trilogy remastered after Metroid Prime 4 if it comes out early next year or next year at all, banking on the success of it to drive sales, or more likely ahead of it to drum excitement up and make it easier to sell it as well as give Retro the opportunity to delay the release further if they do needed it.

Let’s see what they plan to do for Switch 2, their current strategy to fill gaps with cannot go on forever.
Last edited: May 4, 2022

Please Remaster a Link to the Past(Snes)
Last edited: May 4, 2022
You must log in or register to reply here.