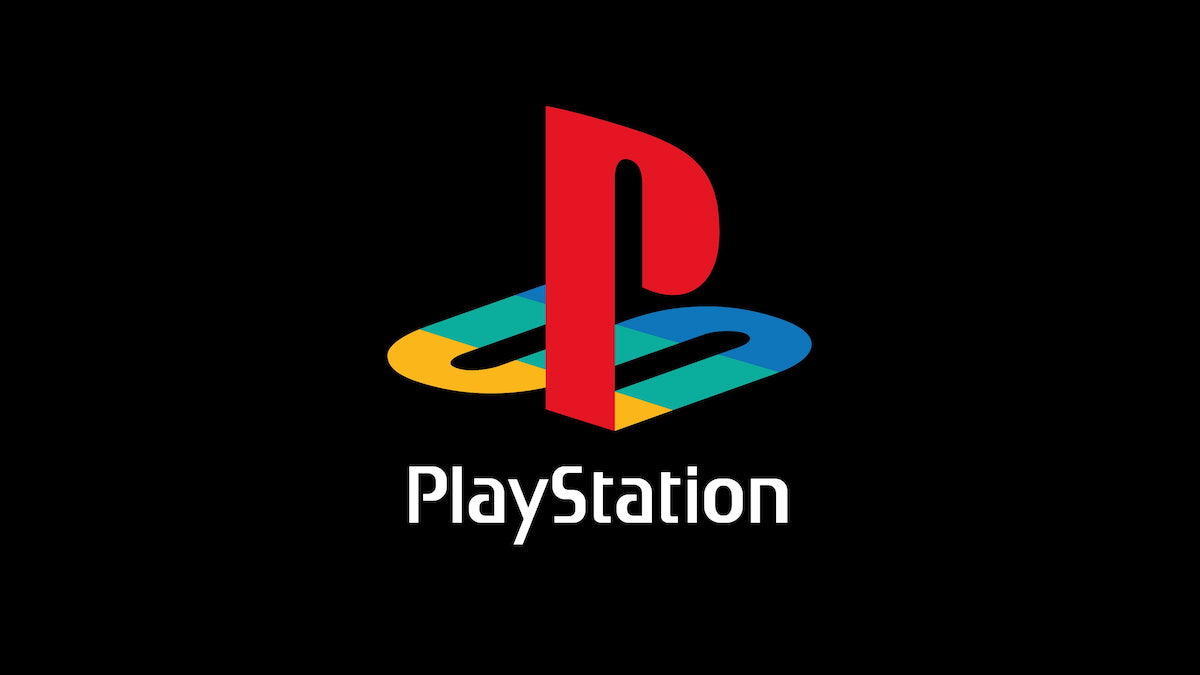 A new tease may have just revealed the return of one of the best horror games on the PS1. It looks [...]

It looks like the creator of Resident Evil and Dino Crisis, Shinji Mikami, is working on a remake in conjunction with PlatinumGames and Capcom. If this sounds like an odd trio, it's because it is. While all of these parties have worked together in some capacity in the past, how the three of them add up to one single game isn't clear. All we currently know about the game -- thanks to Mikami's Facebook page -- is that PlatinumGames and Capcom are involved and that it's a remake. What's not clear is whether Tango Gameworks, Shinji Mikami's studio, which is owned by Bethesda/Xbox, is involved.

If Tango Gameworks is involved you'd assume. this is Dino Crisis given that Tango Gameworks, at least so far, has only worked on horror games. That said, if it's Dino Crisis, a survival-horror series, it's not clear why PlatinumGames would be involved as horror really isn't its genre. If Tango Gameworks isn't involved, then it's possible this is a God Hand remake. Other games/series that have been thrown around in speculation include Vanquish, Okami, and Resident Evil, but these possibilities seem less likely.

Of course, if Tango Gameworks is involved then it's possible this project is an Xbox exclusive as Tango is a Bethesda studio, and Bethesda is owned by Xbox. But at this point, it seems unlikely. You'd imagine in this setup Capcom is the publisher and PlatinumGames is the developer. A co-developer situation between PlatinumGames and Tango Gameworks doesn't make much sense. Yet again, neither does Xbox allowing Shinji Mikami, one of their most valuable developers, to go off to work on a non-Xbox game.

Whatever it is I'm buying ten copies 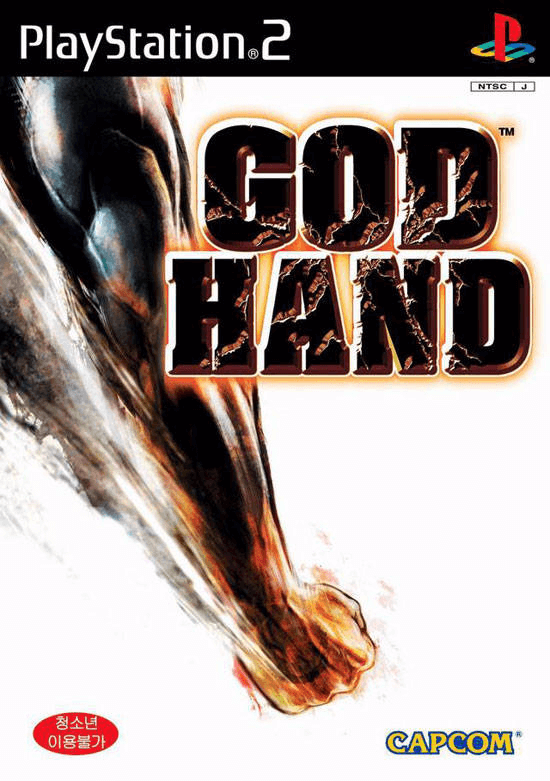 add trio? they're all Capcom.

Either this, Veiwtiful Joe, Okami, or Devil May Cry 1.

Grildon Tundy said:
Don't care what it is. I'm in.
Click to expand...

Will you buy me a copy too?

You should really be asking this guy:

Neff said:
Whatever it is I'm buying ten copies
Click to expand...

Grildon Tundy said:
You should really be asking this guy:
Click to expand...

Damn it, I tagged the wrong guy!


Neff said:
Whatever it is I'm buying ten copies
Click to expand...

Will you buy me a copy please?

kunonabi said:
If platinum wasn't involved I'd be up for a sweer home remake.
Click to expand...

anthony2690 said:
Damn it, I tagged the wrong guy!


Will you buy me a copy please?

PlatinumGames? Meh. Not going to be horror, whatever it is. Just their brand of crackhead hack and slash.

Arachnid said:
PlatinumGames? Meh. Not going to be horror, whatever it is. Just their brand of crackhead hack and slash.
Click to expand...

If it's Godhand remake, I WILL SCREEEEEEEEEEEEEEEEAAAAAAAAAAAAAAAAM! It makes too much sense...other IPs from that Capcom subset (Production Studio 4, Clover Studio, PlatinumGames) already got spiritual sucessors, leaving Godhand in the dust...plus I started replaying it recently on the PS3 the OG version so the timing makes sense too

What game are you hoping for Neff?

I love Mikami and Capcom but i hate PG.

Platinum Games is a red flag at this point.

Mister Wolf said:
Platinum Games is a red flag at this point.
Click to expand...

I personally very, VERY happy what they done with Bayonetta 3, its currently my personal GOTY.

Tears in the rain

That is not an official account, or even related to Mikami from what I understand. This is well...fake news.

F0rneus said:
That is not an official account, or even related to Mikami from what I understand. This is well...fake news.
Click to expand...

Shinji Mikami should take the director's seat and create a new IP. Or at least produce The Evil Within 3, perhaps even direct it, so he closes the trilogy.

anthony2690 said:
What a legend

What game are you hoping for Neff?
Click to expand...

God Hand or Dino Crisis are also more than acceptable

Exactly what I'd expect to hear from a non-believer.
D

Jinzo Prime said:
Either this, Veiwtiful Joe, Okami, or Devil May Cry 1.
Click to expand...

With how risk averse and franchise focused studios have become, DMC1 seems most likely. However, they have an internal team so it'll also be kinda weird if it was. Same with RE. Viewtiful Joe doesn't seem likely to me. Okami doesn't really need a remake. Dino Crisis? Vanquish? Onimusha?

It'll most definitely not be God Hand

The Wheel of Fortune

I remember reading something about a possible Dino Crisis remake a while ago, perhaps this could be it? I'd be down for anything these lads put out, hope it's true!

If true, that's pretty cool that Mikami is able to work outside of Tango. Just seems bizarre for Bethesda to allow it, maybe Tango has that freedom?

Should be interesting to see what it is.

Would be nice to see them make a Mega Man game with combat that is as lightning fast as Nier Automata. Or a Dino Crisis game.
Last edited: Nov 11, 2022

Tears in the rain

I've checked throughly to make sure, but yes, this is completely fake and comes from a random account ran by somebody that can say whatever they want.

There's no remake. no collaboration, no nothing. Very sorry people, because it would be awesome but this....is literal bullshit.

If its Vanquish I'm actually going to shit my pants. Shit in the pants.

Viewtiful Joe or God Hand would be it, I don't see what other games they'd want him or Platinum for. But it's fake bullshit even if the OP doesn't mention it relying on the "rumour" tag to avoid heat but having nothing indicating there's no actual Mikami announcement but just a troll account.
Last edited: Nov 11, 2022

If they remake God Hand (and do it well), I will never ask Santa for anything again.

Dragon kick your ass into the Milky Way...

This is what it should be.

This is what it won't be.

Thabass said:
This is what it should be.

This is what it won't be.
Click to expand...

It's been remade twice though?

GhostNDaBashShell said:
It's been remade twice though?
Click to expand...

I have a physical Japanese import on Switch.

GhostNDaBashShell said:
It's been remade twice though?
Click to expand...

It's never been "remade". It's been remastered tho.

honestly, I've come to think the Dino Crisis remake should be the last thing done. So Capcom can employ all the lessons learned in other remakes. I love RE3 and while I didn't dislike its remake, it didn't show as much love as 2 and 4 are getting... So better they wait and do it right.
Last edited: Nov 13, 2022
D

Thabass said:
It's never been "remade". It's been remastered tho.
Click to expand...

It's so hyperstylized and good looking (all the sharp polygonal edges only add to the look), and the gameplay is so unique, there's absolutely no need for a remake or update of anytime.

DragoonWalker said:
It's so hyperstylized and good looking (all the sharp polygonal edges only add to the look), and the gameplay is so unique, there's absolutely no need for a remake or update of anytime.
Click to expand...

That said, I'd rather have Okami 2 anyway. (And no, Okamiden doesn't count).
D

Thabass said:
Fuck that. If we can have a Last of Us remake (no, it didn't deserve nor need a remake) then we can have a fucking Okami Remake.

That said, I'd rather have Okami 2 anyway. (And no, Okamiden doesn't count).
Click to expand...

I'm way more open to Okami 2. That I'd like to see. I miss when Platinum games was fresh off being Clover and they tried all sorts of genre breaking experiments. Nowadays every game they make is some variant of Bayonetta-lite.

This was already proven to be fake btw.
You must log in or register to reply here.

GVMERS: The Rise and Fall of Dino Crisis