Set in a world devastated after a nuclear war. 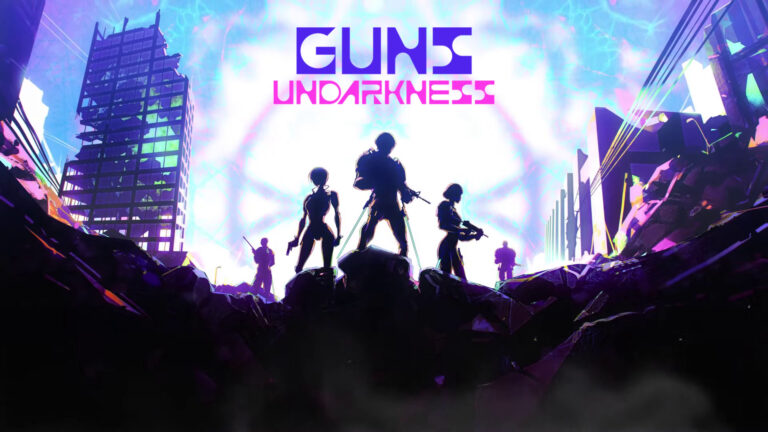 Guns Undarkness is a “stealth RPG” that combines typical stealth game features such as remaining undetected and invading antagonist’s territory, with the traditional command type Japanese RPG. The gameplay is roughly divided into two parts: a stealth part that hides on the field and a battle part that is developed by a turn-based command-type battle system. Encountering without being found by the enemy allows you to enter the battle in an advantageous manner. Aim for the depths of the antagonist’s territory while managing your resources well.
The main weapons of the protagonists are firearms such as hand guns and assault rifles. By defeating enemies and obtaining materials, you can customize the equipped gun more powerfully. 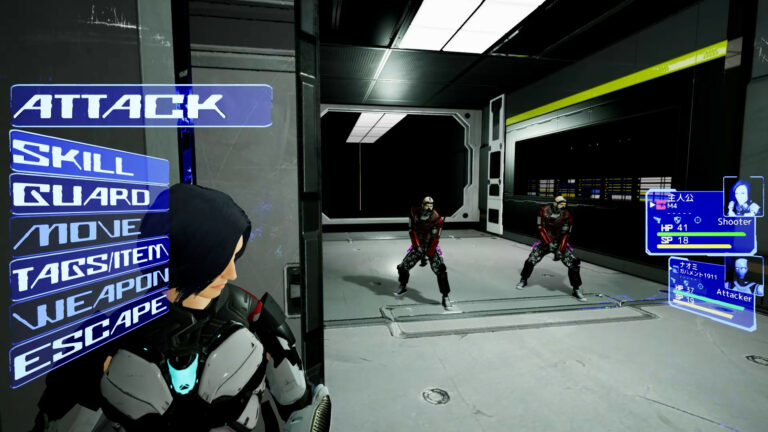 The story takes place in the year 2045, in a devastated world after a nuclear war, where you become a member of a PMC (Private Military Company) and carry out missions with your peers. Amid fierce battles, the protagonists realize the “true love” that will lead humanity to a higher level of existence.

The game was designed, composed and developed by Shoji Meguro, a legendary game designer who worked as a composer and director for the Persona series and the Shin Megami Tensei series. The lyrics of songs are written by Lotus Juice, also from the Persona series. And Ilya Kuvshinov, an up-and-coming Russian illustrator known for his work on Ghost in the Shell: SAC_2045, will create characters that give color to the game world.

Watch the teaser trailer below. View the first screenshots at the gallery.

That said, the music will almost certainly be good. I'll keep an eye on it, just for the pedigree.
D

Meguro developed it too? ...Since when is he a programmer?
E

SQEX facepalming themselves so hard for not trademarking that title first.

Looks cheap and very rough, but still interested since the idea is original and this dude's music usually slaps.

Lol looks more like a Vita game to me.

I will keep my eye on this but for now it looks like very early in development.

Seeing this trailer made me think back to when I used to read all those PC Gaming mags for Oni..saved up and got it at launch , and it just wasn't it. lol

Persona died for this

SlimeGooGoo said:
Persona died for this
Click to expand...

What makes you think Persona died? His freelancer and still willing to work with Atlus but his also has the freedom to work on his own project.

Danjin44 said:
What makes you think Persona died? His freelancer and still willing to work with Atlus but his also has the freedom to work on his own project.
Click to expand...

You mother***ker how dare you use Lucky Star as meme against me.
You must log in or register to reply here.

Shoji Meguro leaves Atlus to work as a free lance.