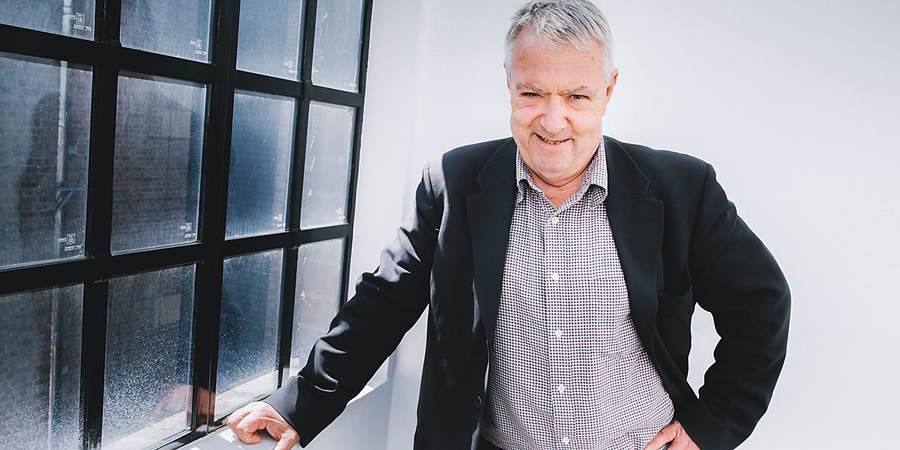 He passed away yesterday (Monday 2nd November), after having a heart attack. In a statement issued at noon today, his agent Alex Irwin said that Sessions had "died at his home in South London from a heart condition".

Sessions had a long comedy CV. He provided voices for Spitting Image in the 1980s and appeared as a performer on Channel 4's popular improvisation show Whose Line Is It Anyway?, having previously acted as a team captain on the radio version of the format.

He also co-wrote and starred in the cult hit impressions-based sitcom Stella Street, which ran for four series on BBC Two between 1997 and 2001.

Other notable appearances include featuring on Have I Got News For You and QI as a panellist a number of times, and in recent years he enjoyed guest roles in sitcoms such as Outnumbered, Rab C. Nesbitt and Friday Night Dinner.

A regular on Radio 4, in 2018 he presented his own sketch show, Six Degrees Of John Sessions. More recently he has also starred in the station's sci-fi sitcom Quanderhorn as characters including Churchill and played DH Lollipop in the long-running series Gloomsbury.

Sessions was born in Largs, Ayrshire in 1953, and moved to Bedford with his family at the age of three. Studying alongside Kenneth Branagh at the Royal Academy of Dramatic Art in London in the late 1970s, he originally performed under his birth name of John Marshall but adopted the 'Sessions' moniker when joining Equity as another actor was already using his name.

Sessions was also openly gay, having been outed in 1994 by the Evening Standard. At the time he was appearing in the Royal Court Theatre's My Night With Reg, a comedy about gay life in London.

RIP i loved him in Stella street such an underrated show

Was pretty great on Whose Line Is It Anyway? all those years ago. Rest in peace.

Sad loss. Especially since he was only 67.
You must log in or register to reply here.