Forgotten Gems of the Past. List some non main stream titles that you love!

I will start off the list with just a few titles

2.Gladius (gamecube,xbox, ps2) This was a fun RPG to play during Roman times. No spoilers but by the end you do feel like a bad ass! 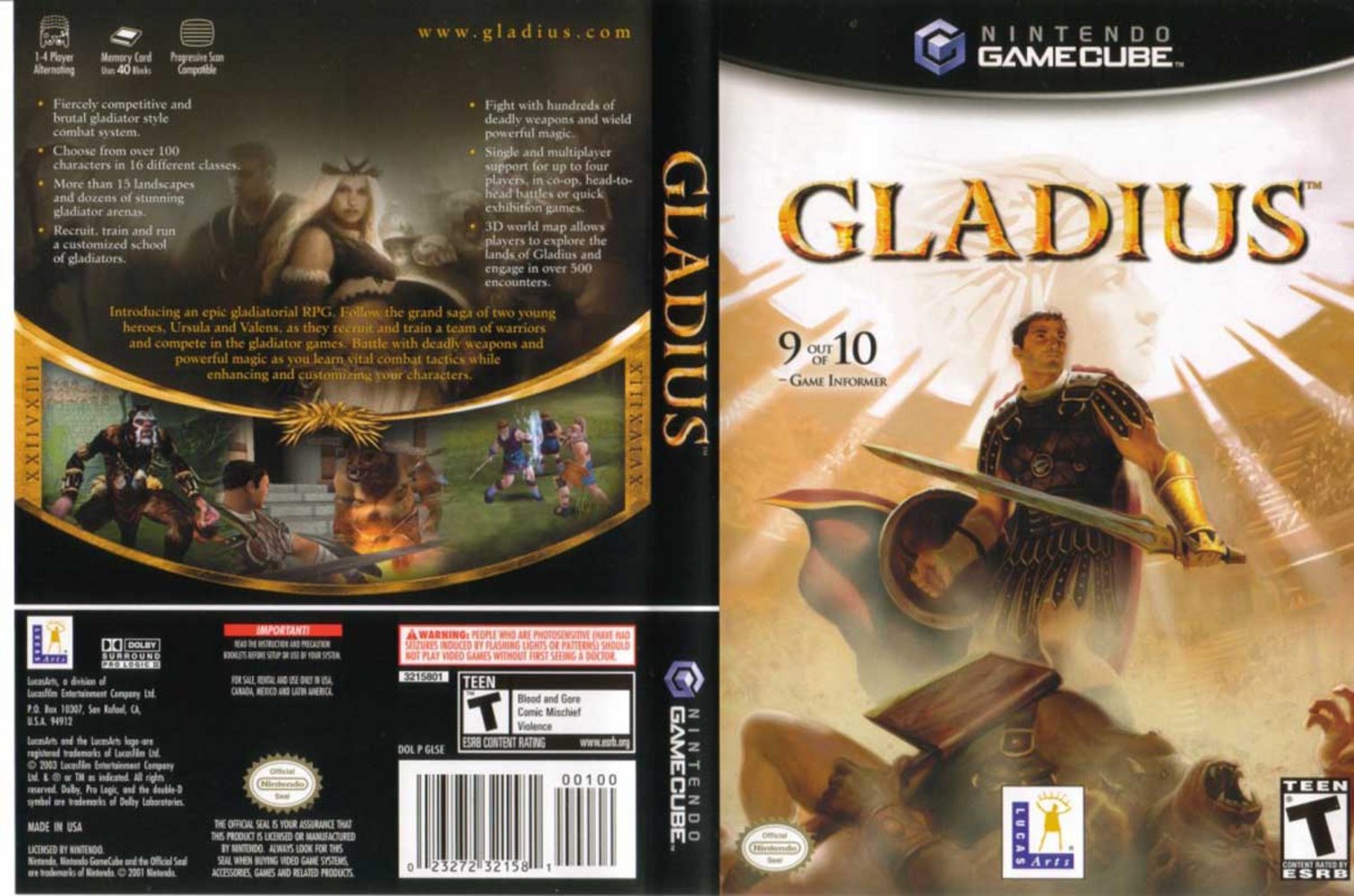 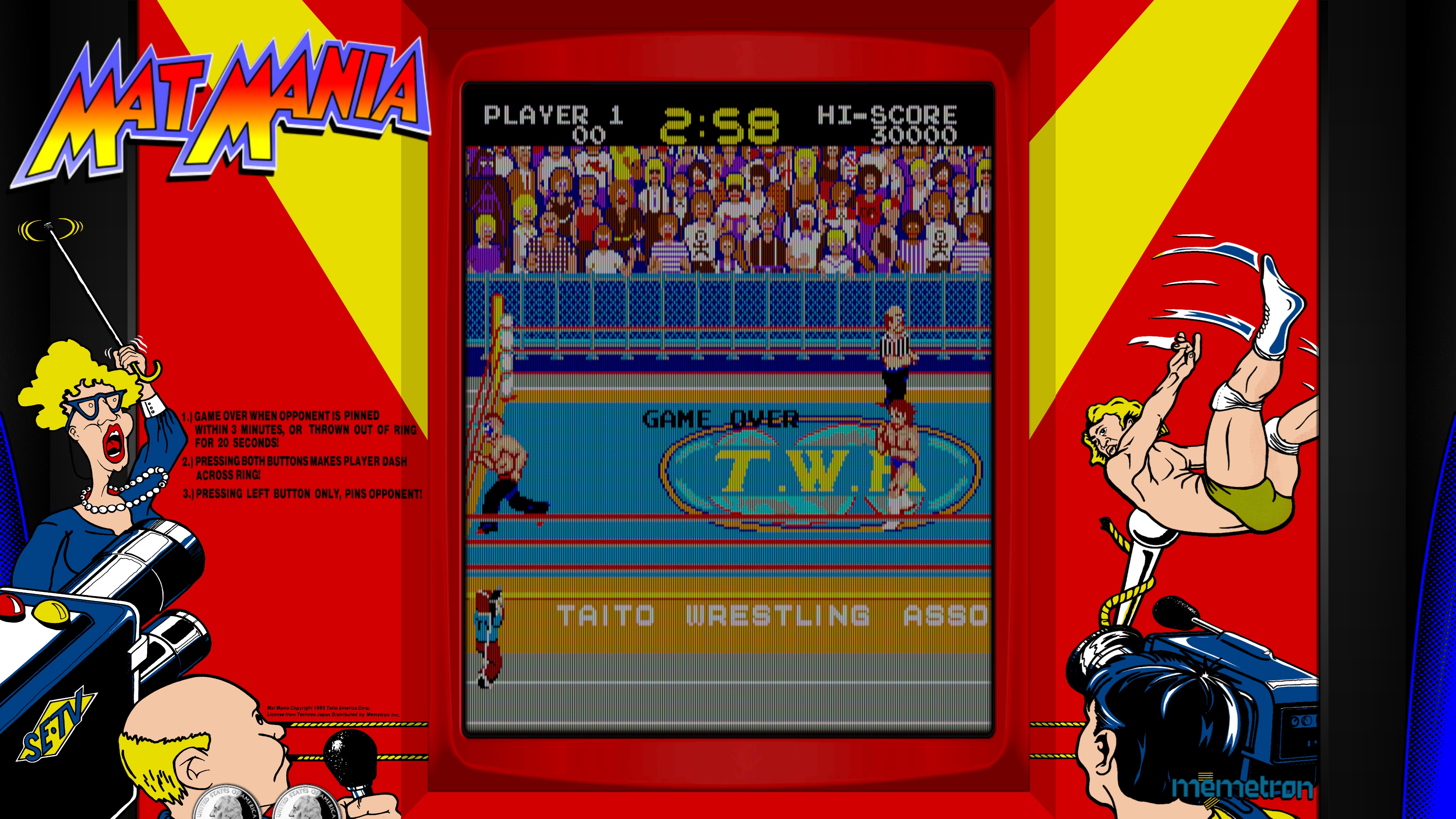 The Man With The Golden Dong

Legend of Legaia for PS1 and the sequel Legaia : Dual Saga for PS2.

Really? Suikoden II has been anything but a forgotten gem.

Vier said:
Really? Suikoden II has been anything but a forgotten gem.
Click to expand...

Space Station Silicon Valley for the N64 I never hear people talk about this game despite it being amazing.

The Adventure of Little Ralph / PS1

Buffy The Vampire Slayer on Xbox.

Wasn't expecting someone to remember that game.
Wish there was a sequel. 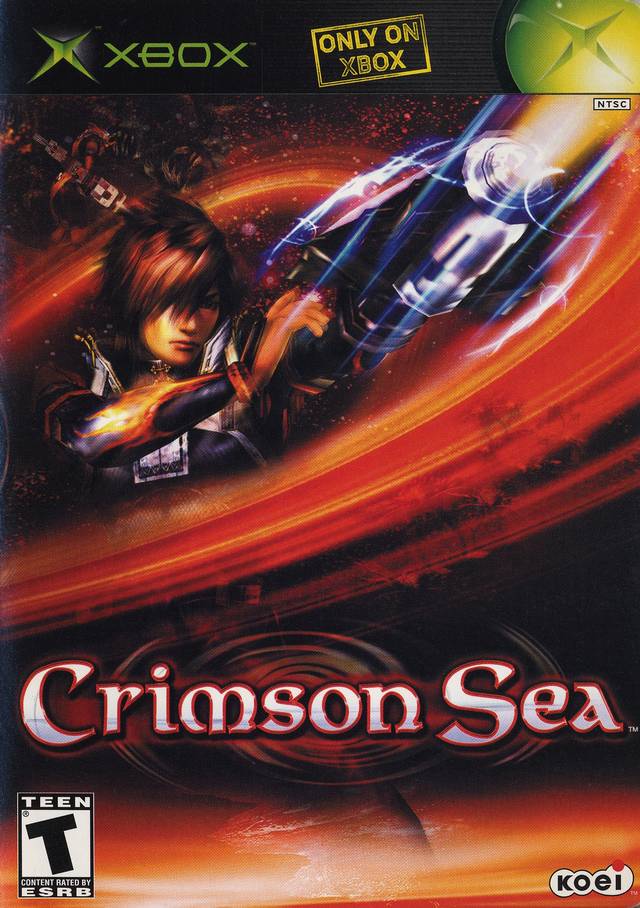 A mixture of adventure and strategy, on a cool futuristic setting and great characters.

It's so beautifully ridiculous that the most American console of all time, the original Xbox, houses many of the most beautiful Japanese games of all time!
Last edited: Apr 16, 2021
E

Mighty Flip Champs! DSi/PSP fantastic puzzle game by Wayforward (known for Shantae). Gonna be impossible to buy once Sony shuts down their services for the console in a few months, since DSi already shut down years ago. Digital distribution truly is the future!
Last edited: Apr 16, 2021 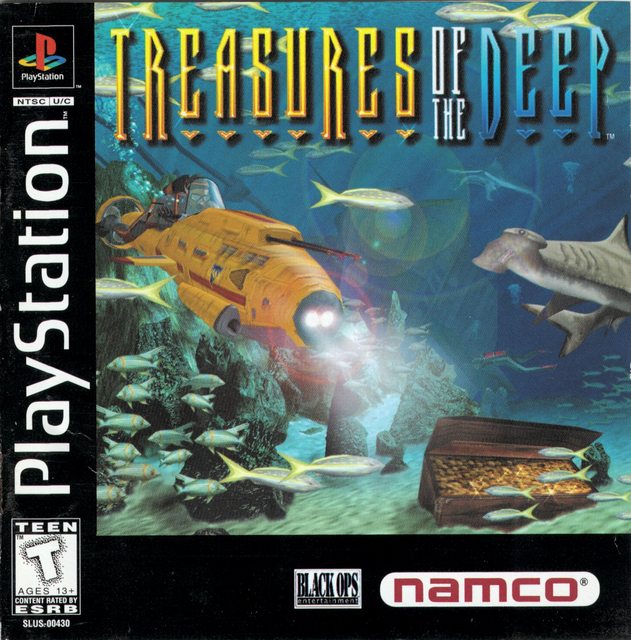 Black Ops Entertainment's Treasures of the Deep. It's basically a Colony Wars clone in the ocean, but oh boy! what a clone. Amazing graphics, wonderful wild life animation, best usage of the fog on Playstation, great missions, etc. Definitely one of my top 5 most beloved Playstation games. 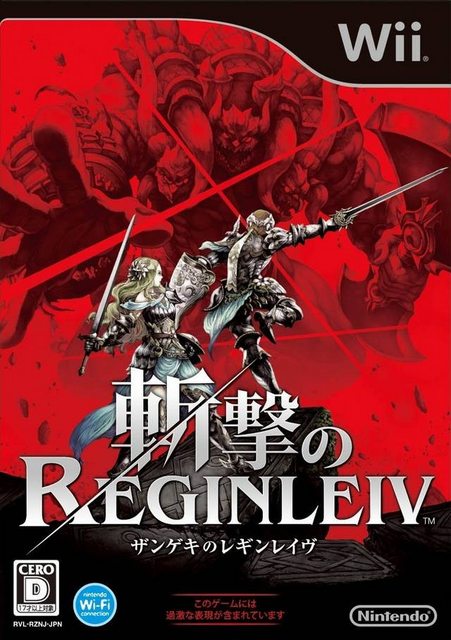 Sandlot's Zangeki no Reginleiv. Coming from Sandlot.. yes, it's an Earth Defense Force game, one of the very few non-EDF they released. I'd say it's based on the Global Defense Force engine, but everything looks much prettier than on Playstation 2 and it has a cool mythological-nordic twist. Brand Newman has translated it recently, unfortunately almost all the story is untranslated due being real-time cutscenes without subtitles. 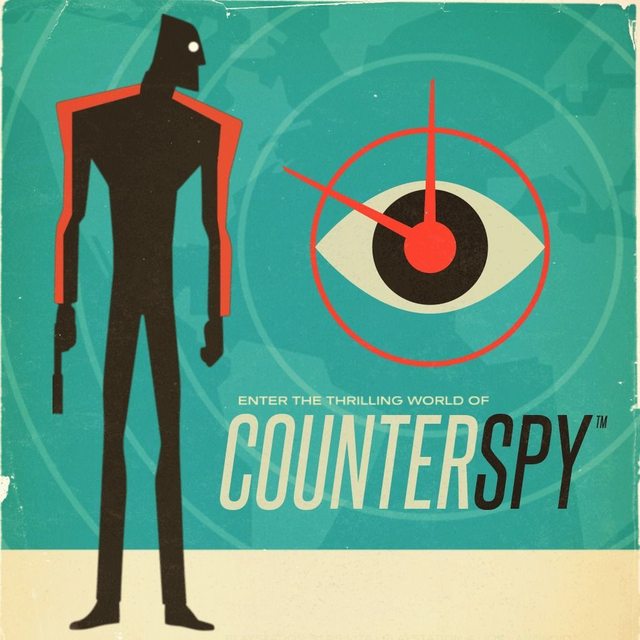 Dynamighty's CounterSpy. The original game was released for PSN (PS3) but then it was released on Vita and Android as well. It's a pretty neat sidescroller-stealth game with randomly generated levels. Style is cool and the game is fun. 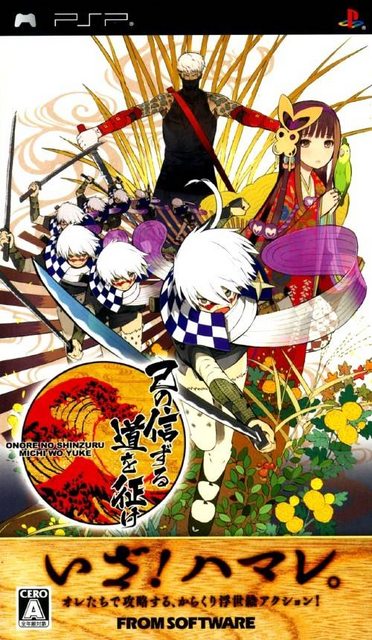 Silicon Studio's Onore no Shinzuru Michi o Yuke. Playstation Portable japanese exclusive game where you have to use the replay of previous runs in order to solve puzzles and combats. Style is amazing and it's really fun puzzle. Published by From Software. 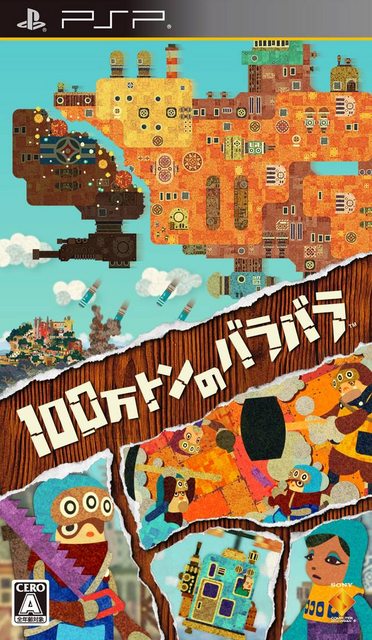 Acquire's Patchwork Heroes. Best Qix clone ever developed. Not much to say.. 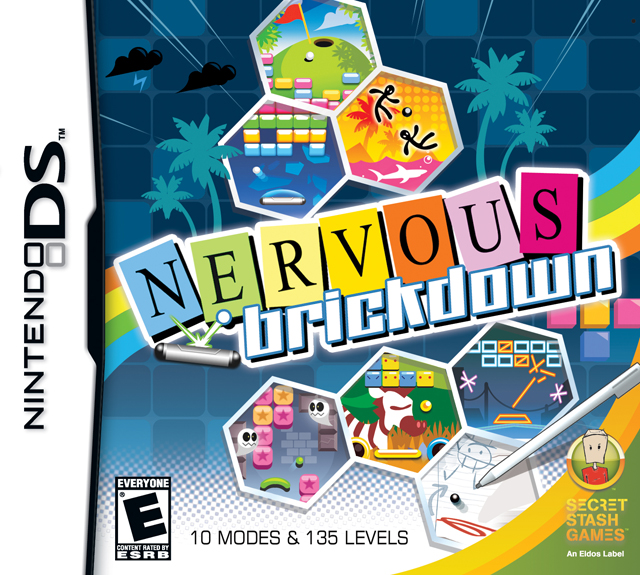 Arkedo's Nervous Brickdown. I'd say the best Arkanoid clone ever, but there are many great Arkanoid clones, including the Block Breaker series by Gameloft, so idk.
Last edited: Apr 16, 2021

I will die on the hill of Legacy of Kain, Amy Hennig deserved to finish her baby.

Off the top of my head, PSX games.

Thrasher: Skate and Destroy - I always preferred this over THPS. THPS is more fun with friends but Thrasher is a fantastic game with an amazing soundtrack.
T.R.A.G. (known as Hard Edge outside the States) - It's like a action/adventure/beat em up with fixed camera angles and a ton of puzzles, anime artstyle. Cool stuff.
Vampire Hunter D - Kind of like a beta version of DMC on the PSX. Super janky but great music and it's not too frustrating on easy. Big fan of this game.

This is also getting a spiritual successor soon if someone prefers a more modern game, nothing wrong with Startopia ofc, but just in case:

Pirates the Legend of Black Kat - Assassin's Creed Black Flag but in 2002, 11 years before Black Flags release. Oh and instead of the whole Templar vs Assassin storyline you have a story about taking actual revenge in a magical setting.

You can even upgrade up from a small boat with two cannons all the way to a full Man O War and fight giant skeletons, something Black Flag never allows.

Kuranghi said:
This is also getting a spiritual successor soon if someone prefers a more modern games, nothing wrong with Startopia just in case:

Yeah, i'm picking this up for for 20 bucks from Argentina for my Xbox. 50-60 bucks is too much in my oppinion although i really loved the old game.

I had a lot of fun with The Darkness 2 on PC last year and its pennies on cdkeys:

If you have something like GTX 1080 equivalent you can run it at 4K60 max settings and it looks great. The voice acting is really good but if you only plan to playthrough the story and don't care about collectibles then use a guide to find them as you play, because they give you a lot of upgrade points and its the only way you'll have half the powers by the end, so get them all first time if you aren't going to replay the levels/story afterwards.

Its not long, 8-10 hours I think, maybe shorter. Make sure you talk to everyone multiple times in the hub levels, there is some golden dialogue in there.

If you have problems with stuttering/low performance in the hub thats just a optimisation bug from running at res's they didnt consider back then, it will be fine in the actual levels.

Just came for this one. I wonder why they never released another one, I know it’s a lot like worms but I loved the gameplay of this game. 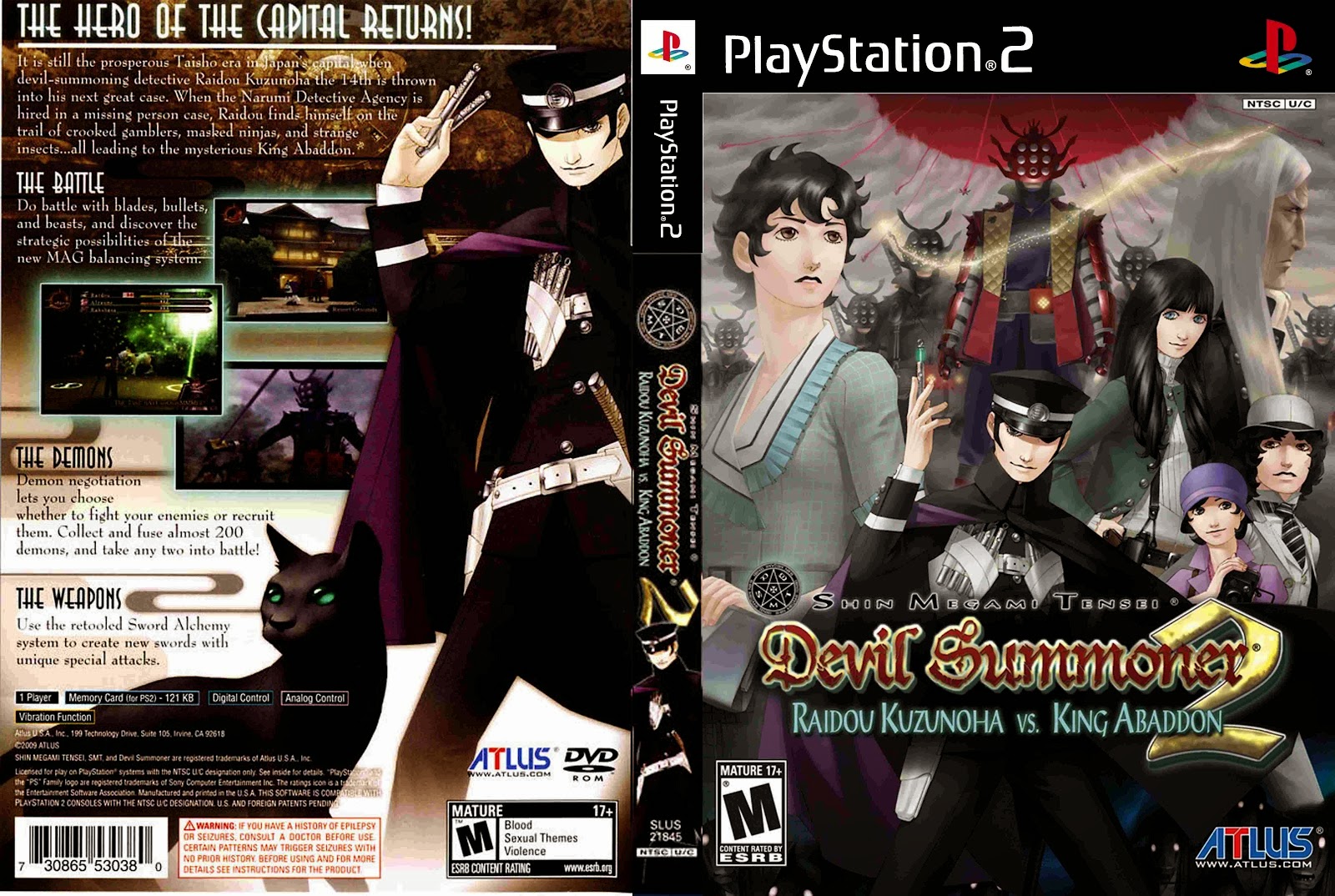 Gamer79 said:
I will start off the list with just a few titles

2.Gladius (gamecube,xbox, ps2) This was a fun RPG to play during Roman times. No spoilers but by the end you do feel like a bad ass!

I came here to post Speed Devils. Man I had a lot of fun with that game.

A new version of hard as nails OG Xbox adventure slasher Enclave would be welcome.

MS needs to revive Midtown Madness. Driving around the Fortnite island with the Chonkers tyres mod made me remember that gem.
Last edited: Apr 16, 2021 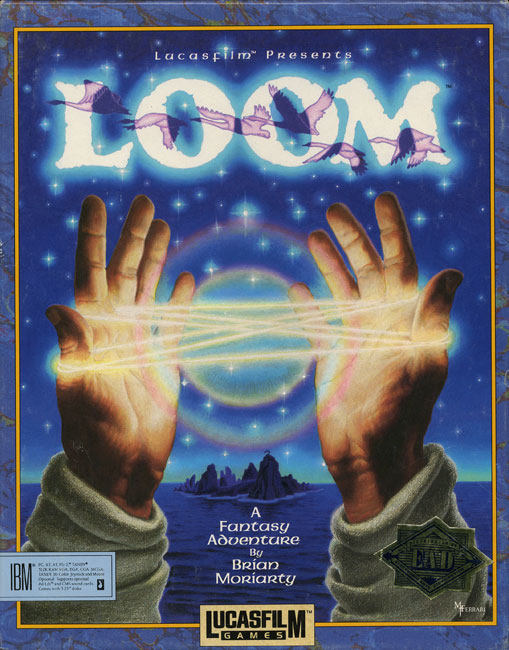 Loom (1990-LucasArts) - One of the forgotten gems of LucasArts adventure titles. Unlike their other adventure games, Loom's menu system was simplified and relied mostly on music. I had a blast with this game when it first came out. 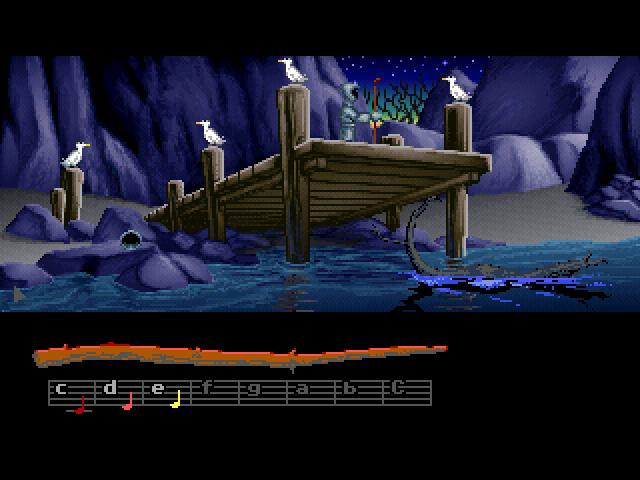 Damn, this thread is for me...it has so much games!
I don't know how to start! Lol! I'll look at my collection and come back later today!
K

The Dig from Lucas Arts and directed by Stephen Spielberg is one of mu all-time favourite game. 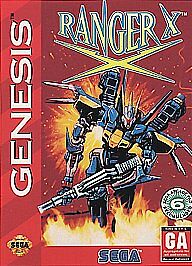 Such a great game that I never see anyone talk about.

Absolutely love this one. For so many, they don't know that FROM was already FROM before they "became" FROM. (after Souls)
Last edited: Apr 16, 2021

There are more but this is my fav of "Games no one has Played".

An action rpg ahead of its time.

A different and good game. The Nintendo DS was the greatest console ever and I will forever miss those weird and innovative games. 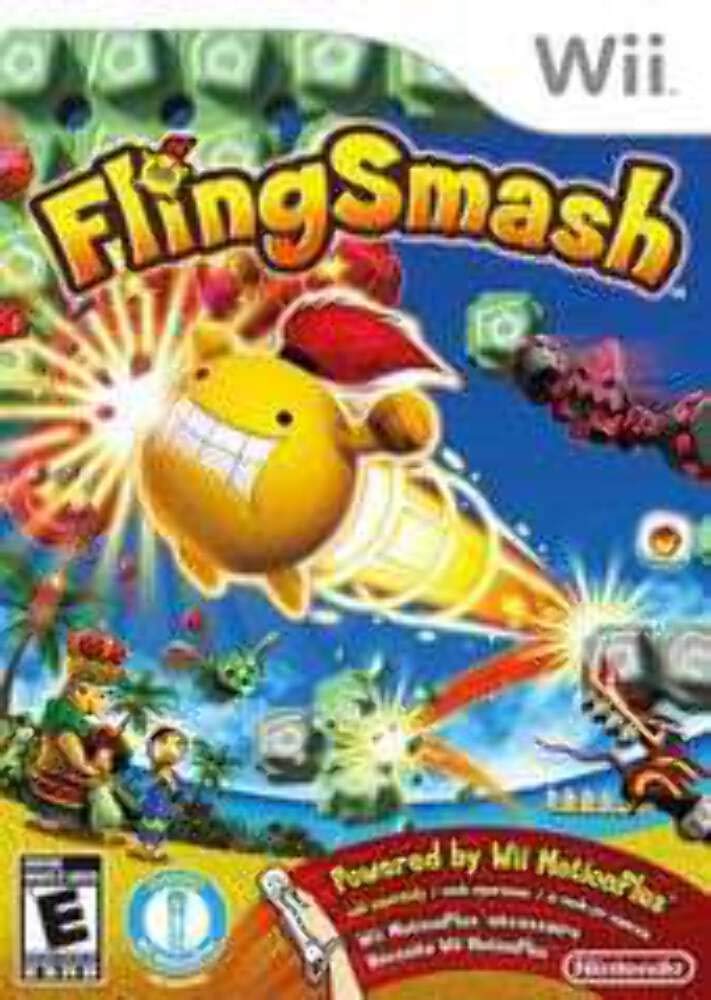 This was published by Nintendo, and only me and another 7 players around the world liked this game.

Always thought Dragon View on SNES was a weird an interesting find in those days. 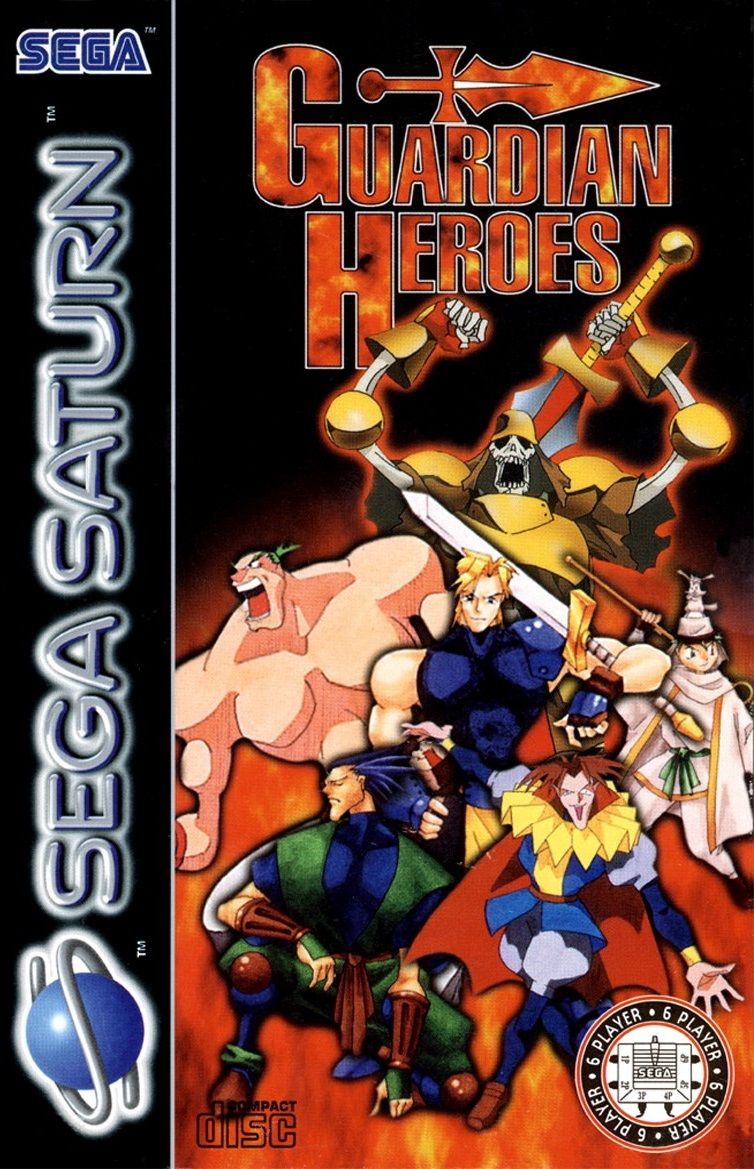 Orcs & Elves (DS). Fantasy, turn based, first person dungeon crawler. It has a sequel but I believe it was mobile phone only.

Power Blade (NES). Arnold Schwarzenegger style hero who uses a boomerang to slay bad guys. Had a sequel but it never really clicked with me. 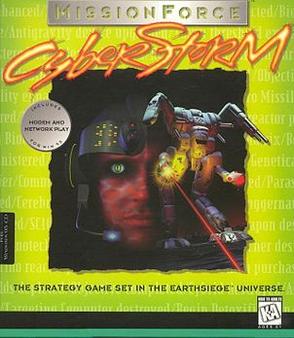 MissionForce: Cyberstorm. Turn based tactical mech strategy game from 1996. It's great fun imo and has wonderful art direction. One of the few games from the 90s that will run at any resolution. Before it got released on GOG I never heard anyone mention this. The sequel is a pos unfortunately. 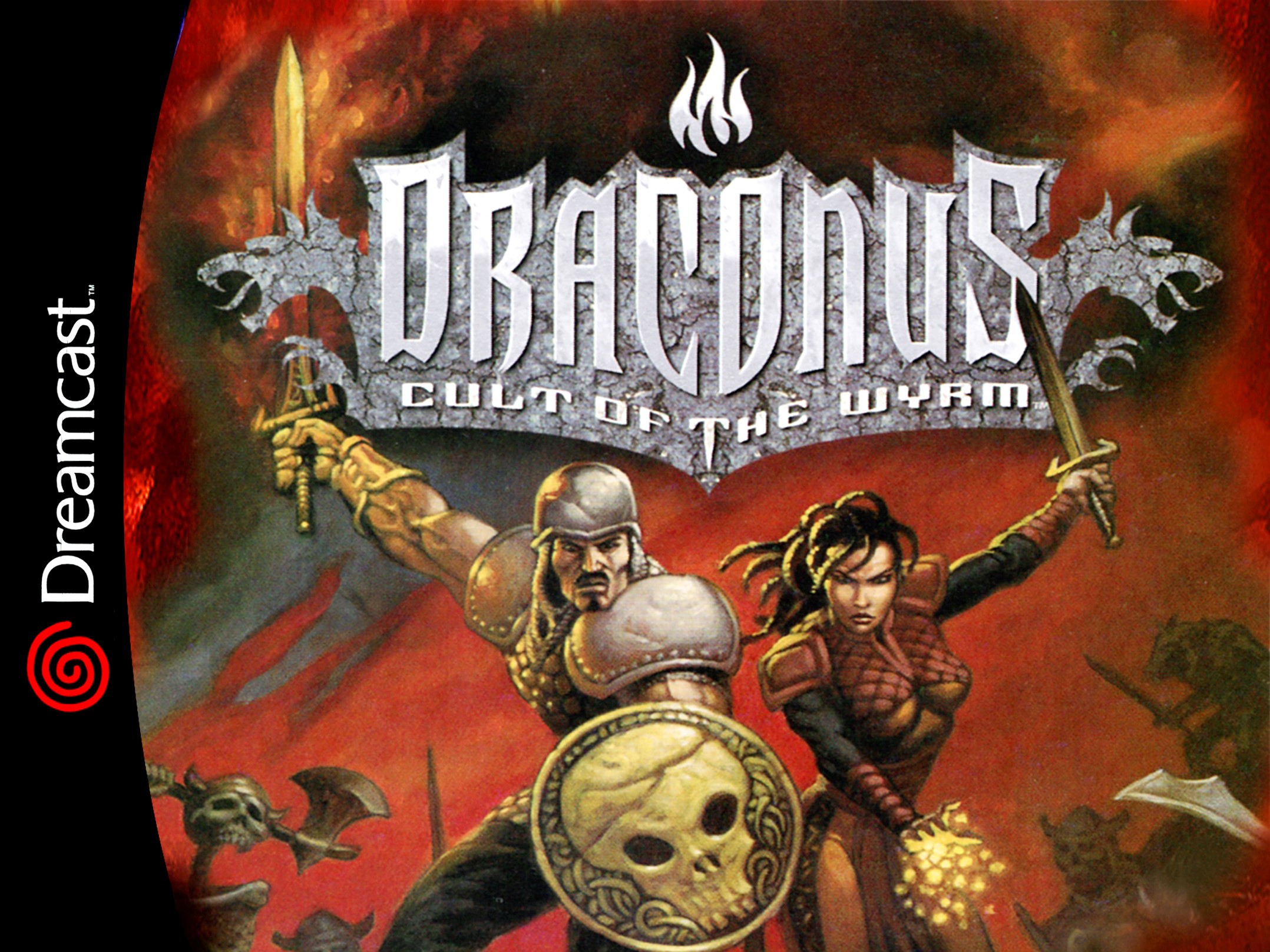 Dragon's Blood (Draconus in North America), a fantasy slasher game for the Dreamcast. It's a pseudo sequel to the slightly more popular PC game Die by the Sword I believe. But with less obnoxious controls. Brutal and fun combat and really cool environments. 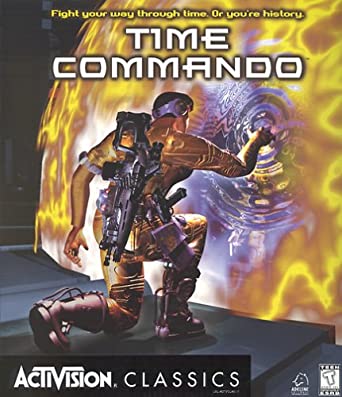 Time Commando from 1995. A ridiculous time travel action adventure game for PC and PSX. You go through time periods from the Stone age to the far future and beat the shit out of everything along the way. I think they managed to include every conceivable Hollywood cliché and cultural stereotype in this game.
Last edited: Apr 16, 2021

Captain Tsubasa Super Striker 2 (NES), the best soccer game ever made, i replay it each 4 years during world cup. It also has some of the best soundtrack of all times in videogames, if by chance anyone here play it before they know what i'm talking about. This game has very special place in my heart and soul, and it's also one of the very first real games i've ever played (i played some games before but it was super small games on Atari and colecovision) 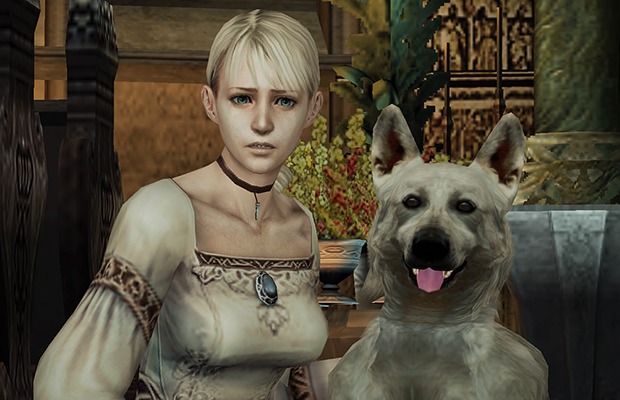 Aerobiz on SNES (didnt even know there was a sequel). Had fun with this game. Buy planes and city hub slots and make money doing routes. Didnt feel balanced though, as they tried to replicate real life so the big cities like NY and London were the best to pick with the most options and demand.

Jones in Fast Lane on PC. A shallow PC board game from probably 1992, but good for laughs and some playthroughs until you realize how repetitive it is. The CPU AI isnt great either and isn't efficient with moves and and the time clock. The game is all about maximizing work, school, making money with the clock. Watching the vid, they must had come out with a CD version with voice. We played it with text dialogue on disk.

EGG: Elemental Gimmick Gear, for the Dreamcast.
I love the music and ambiance that game has.

SlimeGooGoo said:
Wasn't expecting someone to remember that game.
Wish there was a sequel.
Click to expand...

There was going to be, but it ended up as Dead Rising.

A recent overlooked gem of a game. It's primarily about art style and music, gameplay is relatively by the numbers, albeit. 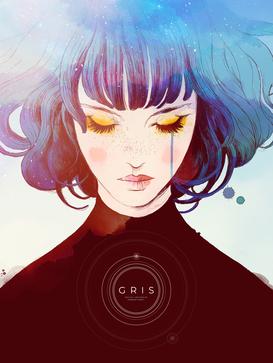 The Atari 7800 is a criminally underrated system filled with fun games and hidden gems.
2 3

DT MEDIA replied
Yesterday at 8:23 AM
NeoGAF Games of the Fourth Generation Awards
2 3 4