Not an objectively great game but it delivers on the cartoon babes, decently funny humor and gameplay that isn't offensively bad but perfectly tolerable in order to get to more girls and more jokes.

It really makes me sad the direct sequel was canceled.

That's probably the worst game I still really like I can think of.

It got like 2/10 from most places, but was one of the best number-crunching RPG's/hack n slash games I've played
Click to expand...

This game was an addiction for me.

AC Odyssey, probably the most boring, bland story i've ever seen in AC series after the Syndicate. But I enjoy riding my horse in ancient greece and just casually collect question marks along the way. at least they can still nail the places and landscapes, that's a plus.

Metacritic score of 86? Wtf. This game is a literal clone of Origins from the menus to core gameplay elements. Origins had at least respectable story. The user score of 6.2 is more representative for this game.

Payday 2. Concept is good but game is bloated with literal shit. Tons of bugs, glitches, de-sync issues, crashes, list goes on. Don't even want to talk about the constant spam of DLCs. Besides, their understanding of novelty is usually adding even more bullet sponge enemies and spawning 10x enemies. Didn't stop me from pouring 500+ hours to the game though. Don't ask me why!

Metacritic score of 79 for this greed-driven game? Wtf. Another case where user score is more representative, a shameful 3.8

I would probably give it a 6 though for the good times' sake.

Was socom 4 the last kne on ps3 or the one that came out at the start of the ps3?

Also 2007 shadowrun, gets alot of hate but i loved the game, felt pretty balanced and it was basically counterstrike with powers

Vampire Hunter D on the PSX. Charming RE type clone with a fantastic OST. Kind of plays like a beta of what DMC could have been on the PSX.

Totally playable though, no bugs/glitches. Just kind of wonky controls but not too bad once you get used to them. Voice acting is bad beyond reason. Easy to finish in one sitting on EASY difficulty. Not worth the effort for the higher difficulties, just leads to frustration.

Was socom 4 the last kne on ps3 or the one that came out at the start of the ps3?
Click to expand...

The last one... The one that "killed" the series.

Thief (the newest one) is considered pretty bad by most and it's nothing like the old games, but I still enjoyed it for what it's worth. Granted I got it for super cheap. Maybe it's not bad enough to be here, but that's my pick.

I loved FFVII: Dirge of Cerberus. The gameplay is surprisingly fun, the story is whack, and the graphics aren't great. But something about the game had me coming back time and time again. Huge maps, some destructible environments (snow, building collapse via c4) the game is often talked about because of its problems and how sad the player base is.

By all accounts, not a good video game, but I love it so.
M

Kane & Lynch 1 and 2, purely because it's inspired by Michael Mann. Wish there were more games like that.

Huge maps, some destructible environments (snow, building collapse via c4) the game is often talked about because of its problems and how sad the player base is.
Click to expand...

Fun fact: It uses the engine of the legendary MAG, which was a third person shooter in the beginning.

Some of the game code is shared as well, so maybe online could return to Playstation 3 in the future, if the MAG community can bring the game back.

Shut0wen said:
Also 2007 shadowrun, gets alot of hate but i loved the game, felt pretty balanced and it was basically counterstrike with powers
Click to expand...

Such a good pick. It's sad they never made a sequel to this. Fasa Studio is responsible? I may be wrong though.

As you said, it was so well balanced and everything felt right. 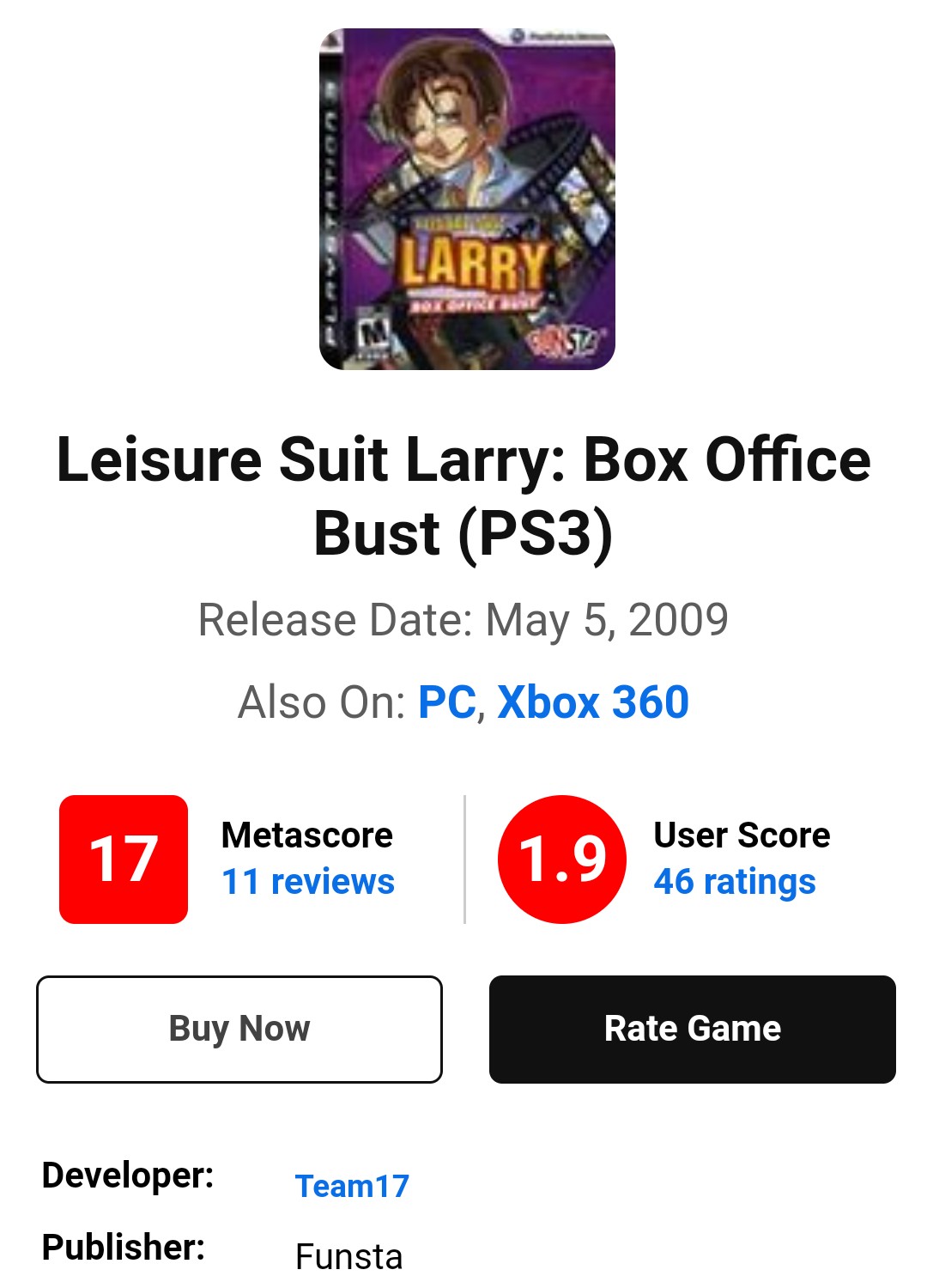 Can't get any shittier.

But I still enjoyed it

Can't get any shittier.

But I still enjoyed it

With the cherry on top being it doesn't even have nudity, correct? So what really is the point?

With the cherry on top being it doesn't even have nudity, correct? So what really is the point?
Click to expand...

I honestly can't remember. It was so long ago. But I still played it no matter what because it's a Larry game

In just the last 5 years I've had a blast with games that seemed to draw a lot of ire from critics when they launched. Lucky for me I've never given a shit about critics.

On the flipside I've played some very highly rated games that I thought were boring as shit. I'd name a few but it would 100% trigger people and I'd probably get mass reported.

Rogue warrior I had fun playing it lol 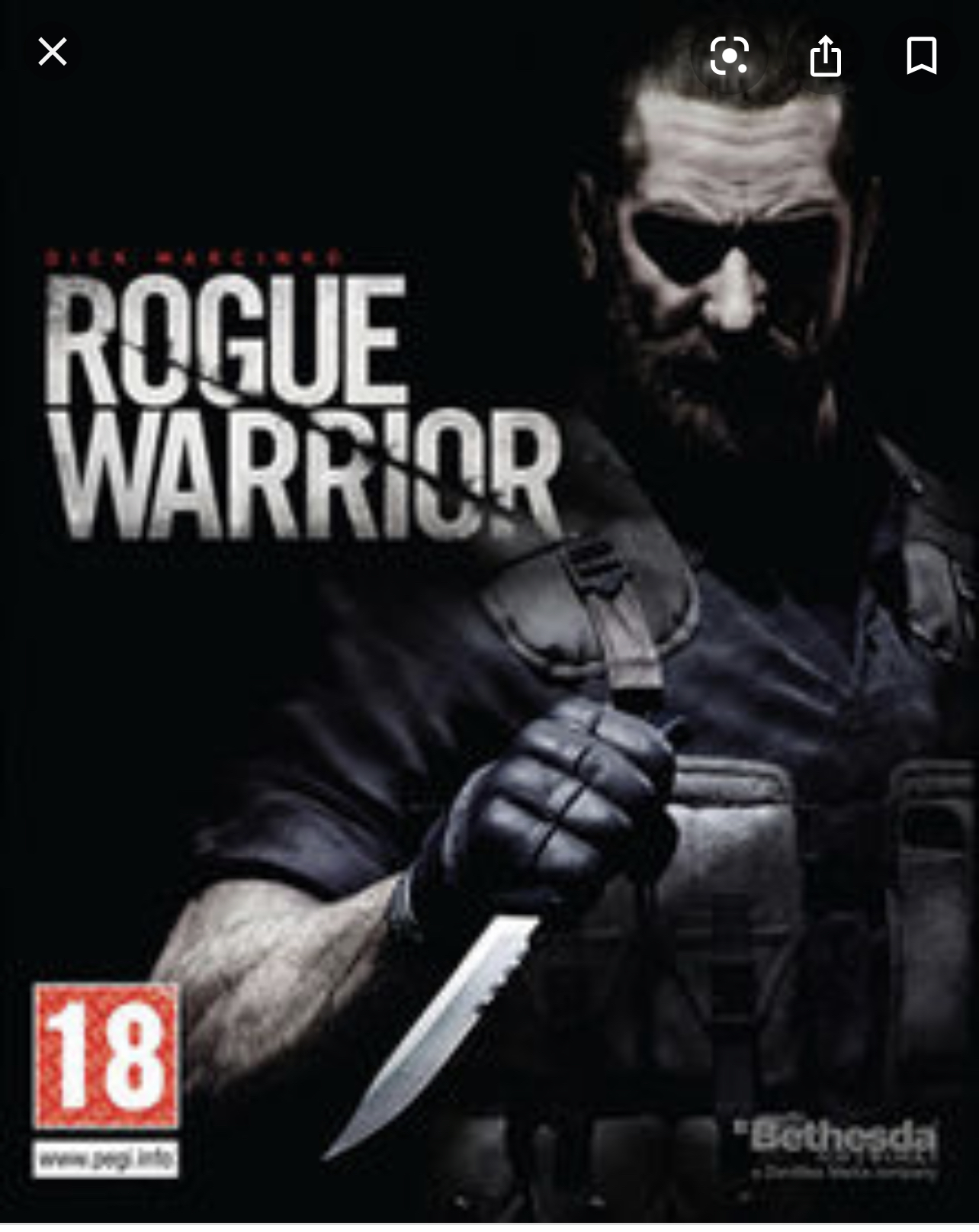 Shambala said:
Rogue warrior I had fun playing it lol 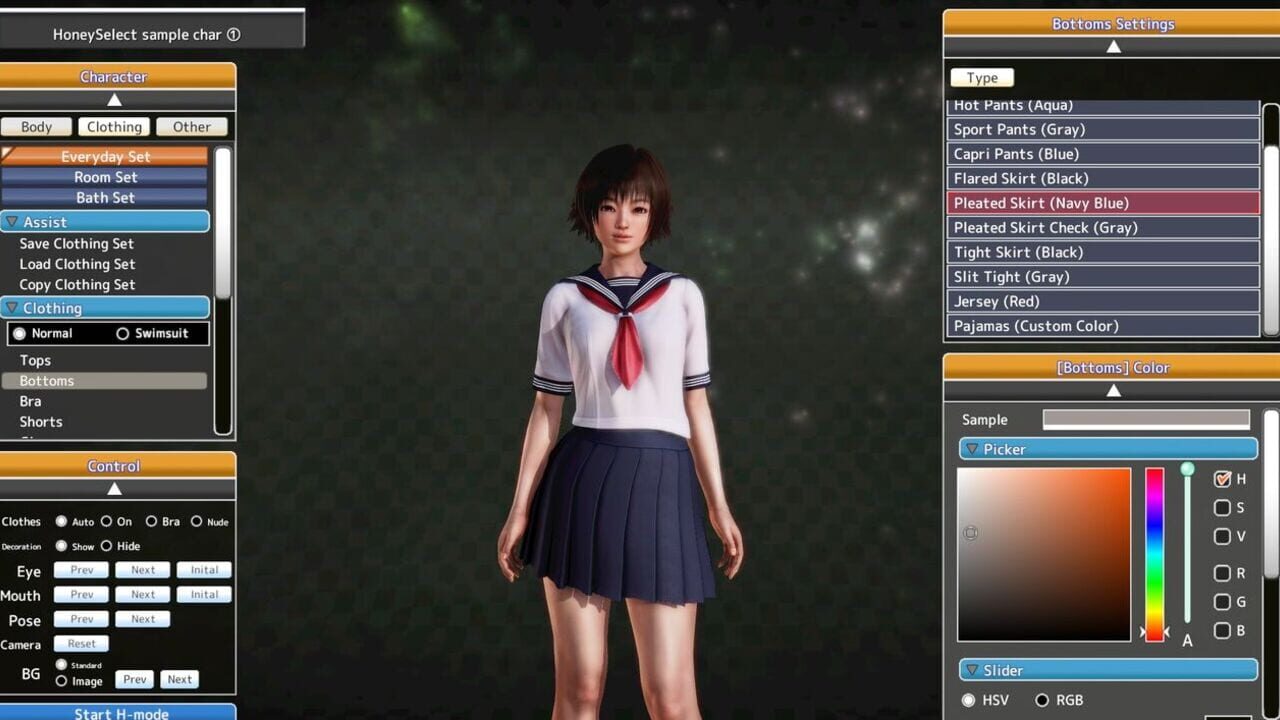 Really great idea for a thread, this is fun.

One I remember giving more time to than it deserved was Jackass: The Game. It was by a good developer at the time (Sidhe, who did GripShift) and the PSP version was packed with shit like constant ragdolls and a Director's Mode and I think actual shit? (Poo Shower was one of the minigames.) Few if any of these minigames were great (especially the ones that were one-note jokes, which were many,) but the punk music cuts and all the invested effort into trying to make a crap game still worth your money if you got suckered in.

Bartski said:
Now, imagine a school project made by 5 people trying to make The Last of Us clone. For PC only.

The 'Loft of Us
U

BusierDonkey said:
In just the last 5 years I've had a blast with games that seemed to draw a lot of ire from critics when they launched. Lucky for me I've never given a shit about critics.

On the flipside I've played some very highly rated games that I thought were boring as shit. I'd name a few but it would 100% trigger people and I'd probably get mass reported.
Click to expand...

Good for you. Too many people have the mindset that if "professional" reviewers give a game a bad or mediocre rating then it's not worth playing. Or they feel that if a game gets rave reviews from the critics then it means you're not allowed to dislike it or criticize it. People accused me of trolling and got pissed off when I told them that I thought that Crackdown 3 was more enjoyable than many of the big budget triple A games of the last generation. When I asked them if they actually played it they said "no".

Rage 2 was another fun game. It's just a shame that it had some really nasty glitches towards the end that required me to reload my save in order to progress. 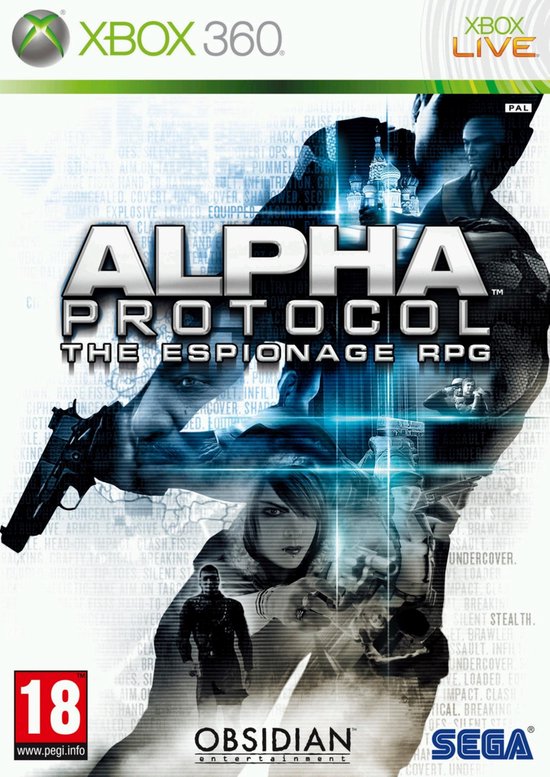 Quite janky & buggy but oh so awesome!

Struggling to think of another example that fits your thread better, so yeah, Alpha Protocal is my pick for now.
Click to expand...

I tend to avoid shit games, but came to say this. Even if I wouldn't consider it 'shit'.

I also loved my time with Dragon Age: Inquisition, but that affection may have been caused by the shit year for games that was 2014.

What a year for movies though. The Grand Budapest Hotel, Whiplash, Guardians of the Galaxy, among many other bangers that aren't coming to me right now.

Another just came to me. I'm unashamed in my enjoyment for Fable 3, but it definitely felt half-baked. I beat it 4 times upon release, and thoroughly enjoyed each play-through. A lot of what was there great, but what could have been is what hurt.

The phantom pain, if you will.
S

Apparently, it was a puzzle.

Cyberpunk 2077 is considered shit by many, my experience is very different however. I'm not saying it was without bugs or glitches, but not as much as video's on the internet make you think.
Other than that nothing comes to mind really.

Oh boy, I can't believe I forgot this one, Bart's Nightmare on the SNES.

This game is special to me because it's the first game I ever played a significant amount of, it wasn't the first game I played mind you, but the first one I can really remember more than briefly (my first experience with gaming was on a cousin's NES and SNES)

It isn't the worst game ever made but the big issue it's basically impossible to beat, it's so absurdly difficult at times and it's funny to think how long I've played this game and have never come close to beating it, but nor would I ever really give it a serious try, it's a fun game to just play for the hell of and the graphics and the way they capture the vibe of The Simpsons really impressed me as a kid.

Basically I would forgive someone for just calling it a bad game but for me there's too much nostalgia involved for me to dislike it.
N

for those of us who aren't weebs, can you explain what this is supposed to be?

Lair (ps3). but I suppose part of the issue was it originally was controlled by gyroscope. by the time I played it I didn't have to deal with any of that. when I say I liked it I mean the game part. the story is awful.

I was recently thinking about it when I tried Falconeer, which I strangely couldn't get into

Shaq-Fu is a true gem of the 16-bit generation of consoles.

I am liking the PS1 version. It is pretty fun.
M

tvdaXD said:
Cyberpunk 2077 is considered shit by many, my experience is very different however. I'm not saying it was without bugs or glitches, but not as much as video's on the internet make you think.
Other than that nothing comes to mind really.
Click to expand...

Which system did you play it on? Seems the consensus is next gen consoles and a decent PC were good. But if you played on stock Xbox One and PS4 OG it was trash. Pro and One X seemed ok.

Breath of the Wild. Man, I put like 300 hours in that half assed, empty slide show. Akkala, tho… 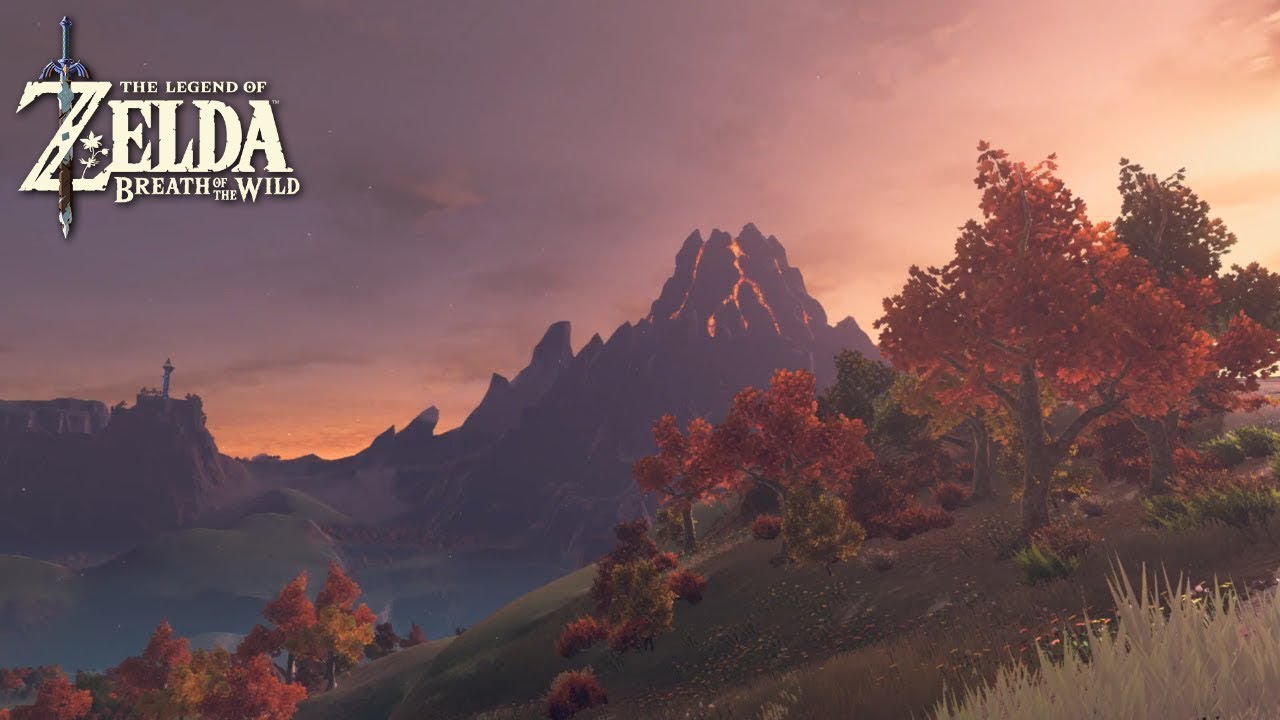 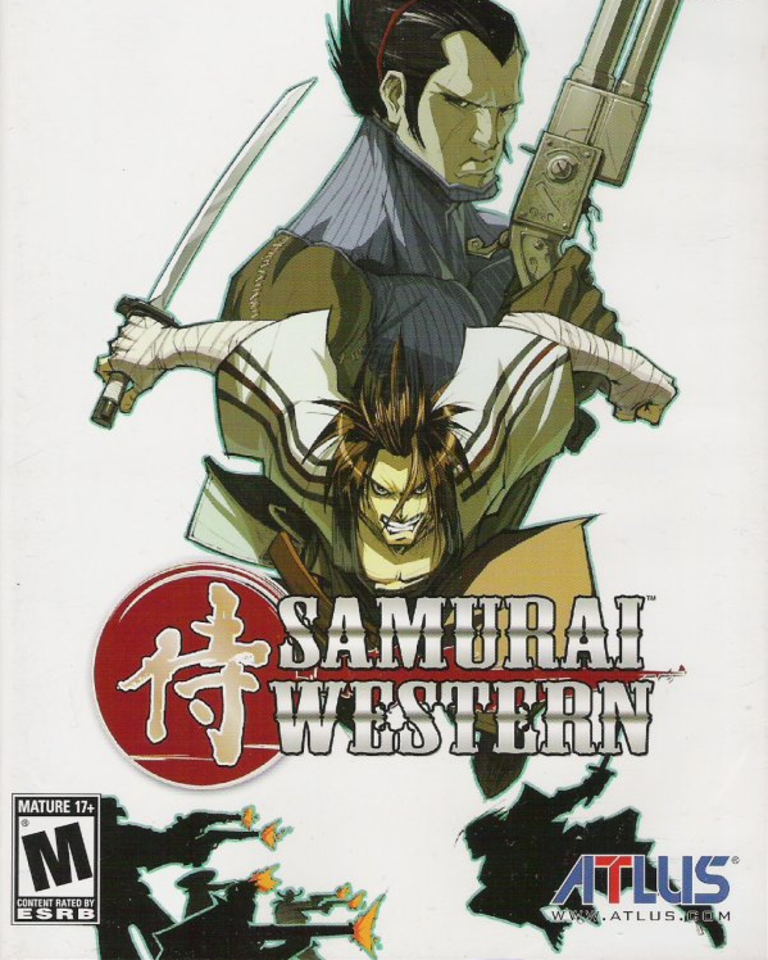 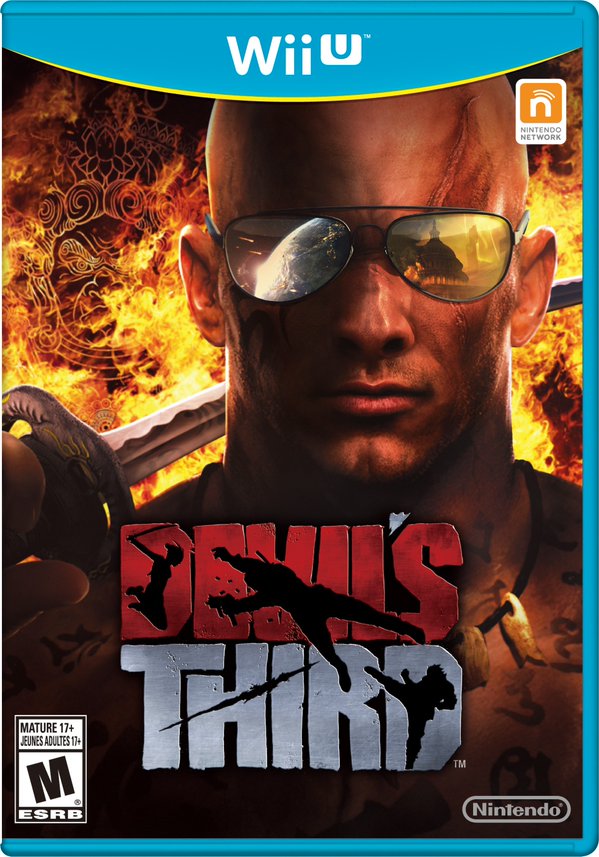 Awesome game in the arcade for the 5-10 minutes you can survive.

Turns out it's the most repetitive slog that lasts around 2 hrs. Who knew a Neo Geo game would take hours.