For now, it’s testing a freemium version in Canada​ 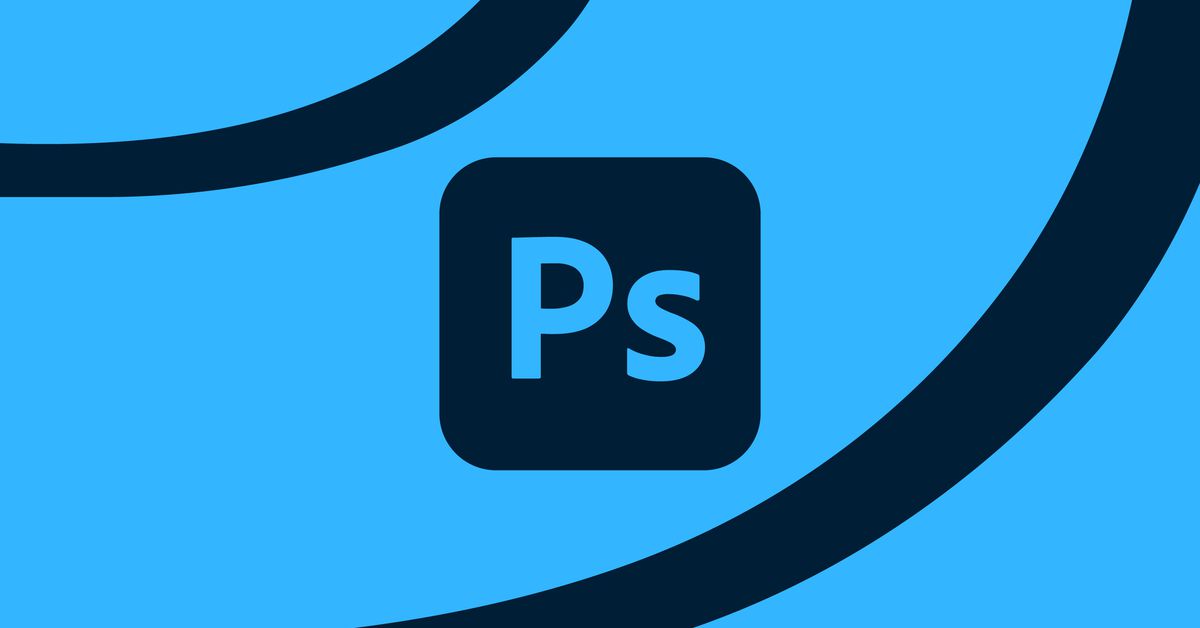 Adobe plans to make Photoshop on the web free to everyone

The goal is to hook artists who could subscribe down the road.

Adobe has started testing a free-to-use version of Photoshop on the web and plans to open the service up to everyone as a way to introduce more users to the app.

The company is now testing the free version in Canada, where users are able to access Photoshop on the web through a free Adobe account. Adobe describes the service as “freemium” and eventually plans to gate off some features that will be exclusive to paying subscribers. Enough tools will be freely available to perform what Adobe considers to be Photoshop’s core functions.

“We want to make [Photoshop] more accessible and easier for more people to try it out and experience the product,” says Maria Yap, Adobe’s VP of digital imaging. 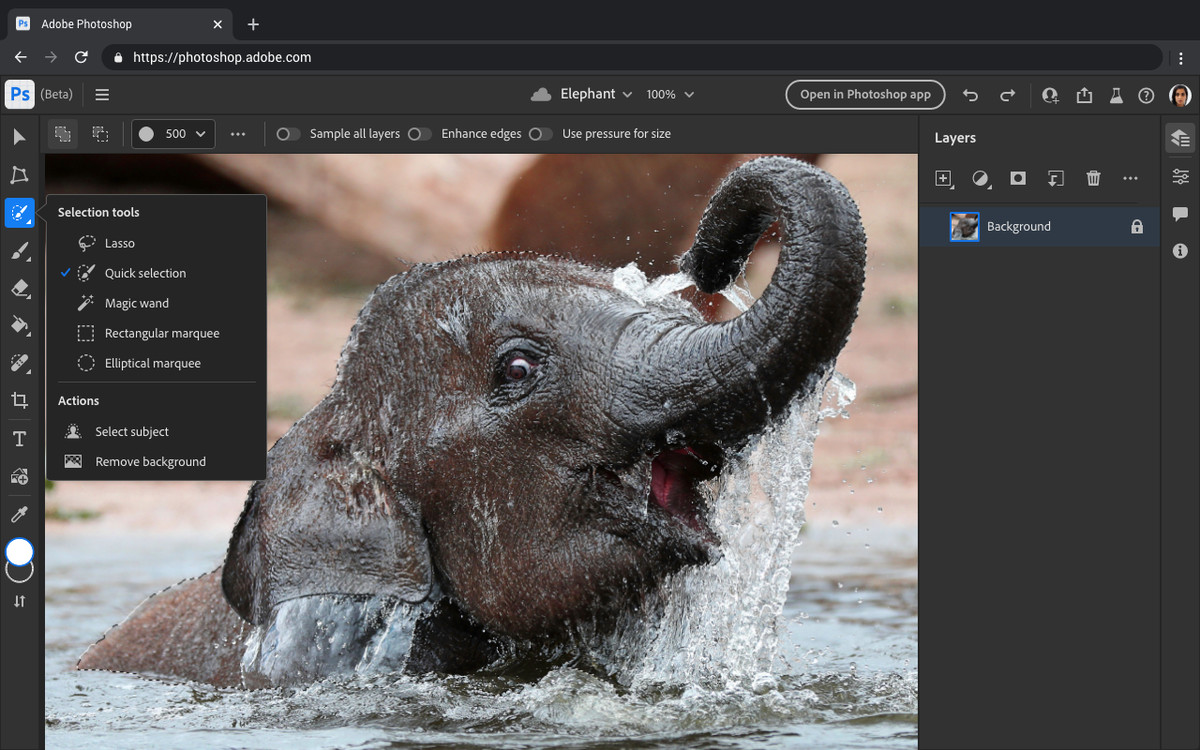 Adobe first released its web version of Photoshop in October, delivering a simplified version of the app that could be used to handle basic edits. Layers and core editing tools made the jump, but the service didn’t come anywhere close to including the app’s full breadth of features. Instead, Adobe framed it primarily as a collaboration tool — a way for an artist to share an image with others and have them jump in, leave some annotations and make a couple small tweaks, and hand it back over.

In the months since, Adobe has made a handful of updates to the service, and it’s also started to open it up beyond collaboration use cases. Before, someone had to share a document to the web from the desktop app, but now, any Photoshop subscriber can log in and start a new document straight from the web.

Adobe’s goal is to use the web version of Photoshop to make the app more accessible and potentially hook users who’ll want to pay for the full version down the road. The company has taken a similar route with a number of its mobile apps, including Fresco and Express. The web version of Photoshop is a particularly important offering since it opens one of the company’s most powerful tools up to Chromebooks, which are widely used in schools.

“I want to see Photoshop meet users where they’re at now,” Yap says. “You don’t need a high-end machine to come into Photoshop.”

Adobe didn’t provide a timeline on when the freemium version would launch more widely. In the meantime, the company is continuing to update Photoshop for web with more tools, including refine edge, curves, the doge and burn tools, and the ability to convert Smart Objects. The web version is also getting mobile support for reviewing and commenting on images.

Adobe also previewed a new AI-powered Neural Filter today that’s coming to Photoshop proper. The new “photo restoration” filter can take a beaten-up yellowed photo and automatically clean up scratches and restore some of its color. When combined with Adobe’s existing colorize filter for adding color to black-and-white photos, the two filters can quickly bring an old photo to life, even if the end result looks a bit cartoony.

With Adobe, there is always a catch.

Your data and personal information.

they take ur weiner away from u

Good step. I always thought the price for Photoshop was pretty crazy.

I might actually get back in to making some stuff. I did a bit of graphic design in College.

Sidney Prescott said:
I always thought the price for Photoshop was pretty crazy.
Click to expand...

It is, so I just took the install disc from a company I worked for that had the latest version. I mean it's on all the machines already and they'll upgrade to a newer version at some point.

Maiden Voyage said:
they take ur weiner away from u
Click to expand...

Prepare to scissor me timbers ladies!

Everything on the cloud

You will own no computer and be jpeg.

Maiden Voyage said:
they take ur weiner away from u
Click to expand...

Jokes on you, I’ll photoshop it back on!

Probably allow you to edit max 10 photos a week or something crap like that.

They will gather even more information about you and what you do there... then when they get hacked for the 30rd time all your information will be out there for anyone to use it.

I might actually get back in to making some stuff. I did a bit of graphic design in College.
Click to expand...

Did you know they will block a lot of features so that you have to pay?
Back when I was at Uni they launched a version it was expensive but it was yours forever... now they force you to have an app monitoring everything, not only does make your pc super slow but it gathers information. They force you to pay monthly or yearly and their updates are just little tweeks. Want to cancel the plan? Good luck they do not do refunds.

Its always been free

Trying to get their hooks into you. Avoid at all costs.

And likely partly driven by Photopea after they failed to get it shut down (because of course they did).

Anyway, relying on a program like this being not only in 'the cloud', but a browser is stupid.
Last edited: Jun 15, 2022

DeepEnigma said:
Jokes on you, I’ll photoshop it back on!

ParaSeoul said:
Its always been free

I just use Gimp.

When they made Photoshop from a one time purchase to a monthly service is when I turned from casual digital artist to writer. It was too expensive to do basic edits. They fucking charged a lot monthly. You have to be a full time digital artist to actually make full use of the service than someone who plays with it once or twice every three months. I forgot how to use photoshop in that time because they got corporate and greedy. The reason they are doing this is because they are bleeding money and mostly focused on industrial design to make a profit at the same time dismissing the casual audience base.
Fucking business people.

Let me buy a one time license you fucks!

i ditched Photoshop and moved to Affinity Photo. one time license and it's yours. just gonna leave this here.... usually it goes on sale so if that's not cheap enough for you keep an eye out for a sale i wasn't a heavy photoshop user but everything i done on it i could do with Affinity Photo.
Last edited: Jun 15, 2022

billyxci said:
i ditched Photoshop and moved to Affinity Photo. one time license and it's yours. just gonna leave this here.... usually it goes on sale so if that's not cheap enough for you keep an eye out for a sale i wasn't a heavy photoshop user but everything i done on it i could do with Affinity Photo.
Click to expand...

Same here. It does the job and does it well.

For anyone interested in any art design stuff besides actual photo editing, get Clip Studio Paint/Pro instead.

No subscription fee, very affordable (and often on sale), and works better than PhotoShop. Clip Studio!
You must log in or register to reply here.

8bitpill replied
Feb 2, 2022
[ARS] Apple plans to build its own financial infrastructure for payments and lending

Coolwhhip replied
Feb 18, 2022
First look at xCloud for the web (Xbox in a browser)