I was surprised at the development system that achieved both speed and quality .​

Previously I worked as a motion designer at another game company and retired to join a dispatch company. At that time, I was fascinated by making a world-class game, so I asked myself to be assigned to From Software, and in 2018 I was appointed as a full-time employee.

First of all, I participated in the DLC "The Old Hunters" of "Bloodborne" and was in charge of the motion production of the "cultured human shellfish" that appears in the fishing village. Here, you learned the basics of From Software's manufacturing, which is to speedily repeat trial and error to improve quality.

After that, I was in charge of DLC for "DARK SOULS III" and motion production for characters in "SEKIRO: SHADOWS DIE TWICE", and in "ELDEN RING" I was mainly in charge of attack motions for player characters such as swordsmanship, magic, and prayer. 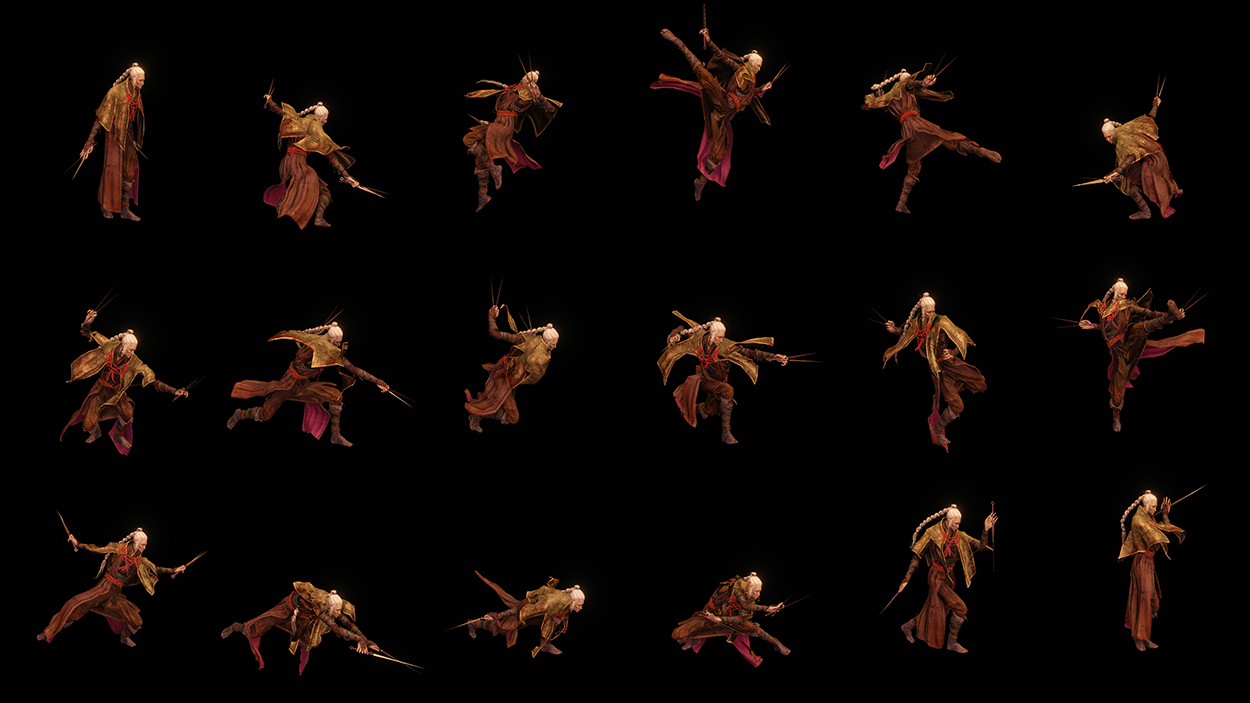 The job of a motion designer is to create motion for a character. "ELDEN RING" mainly uses 3ds Max, especially Biped, for motion production.

First of all, the director plays a central role in deciding the character settings. Based on that plan, the planner (game planner) decides what kind of motion to add, and the 3D graphic artist creates a character model. Based on that model, the motion designer creates the motion.

What is important here is to coordinate with the planning staff to find out what kind of experience the player wants this motion to have, and what kind of motion the connection looks smoother. As we proceed with motion production, we will find landing points that are mutually convincing, sometimes looking at details such as one frame. 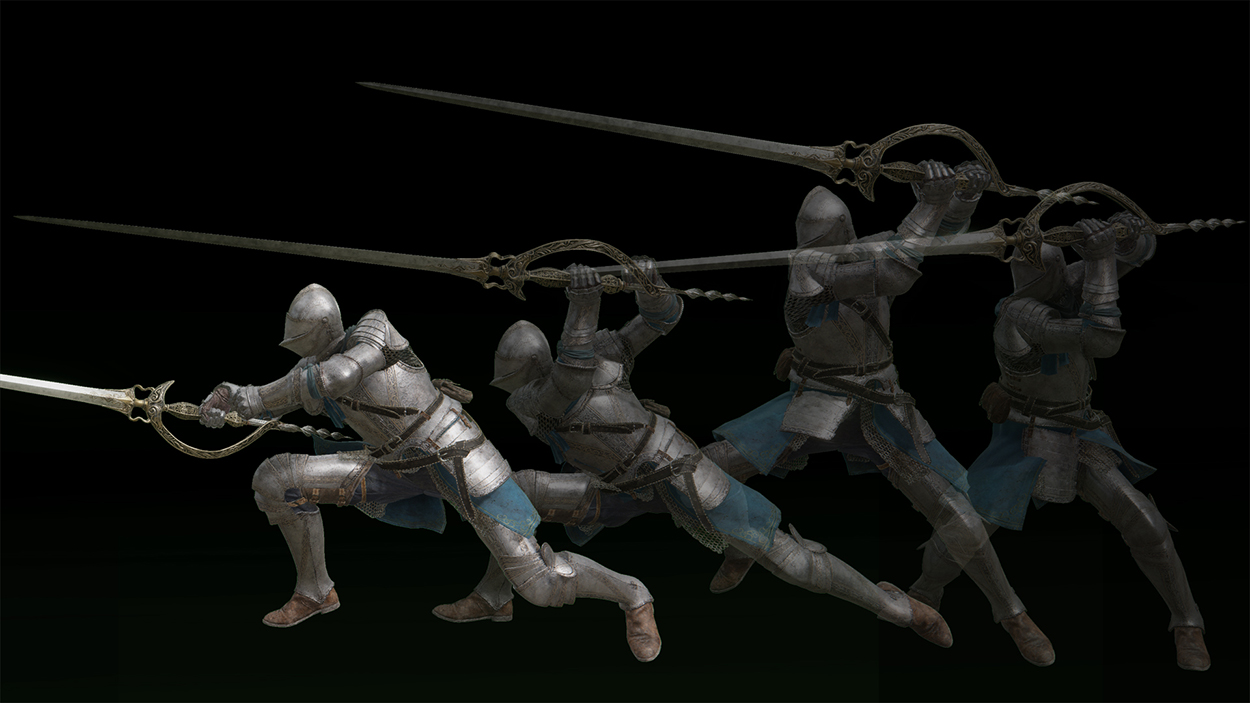 In the case of back-view action games such as "ELDEN RING", adjustments are often made with an emphasis on the appearance from the back of the player character, which the player will first see. Sometimes we use motion capture, but in most cases we start from scratch. By handing it, you can create a production and exaggeration that is difficult for a real person to express, with the coolness of the pose and the sharpness of the acting.

Also, in the case of a player character, think about what the player thinks when they see the motion. Just moving the character's body as you imagined does not lead to fun as a game. For example, when using new weapons and magic, I try to create movements that make players think "this weapon is different" and "this looks fun".
Click to expand...

At university, I was studying a wide range of media arts, and I was interested in various fields, centering on interactive art, which was established by involving the audience.
Originally I liked manga, games, and anime, but every day I was searching for "what I really wanted to do". One day, she met "DARK SOULS" that her brother was playing, and
the beauty and fragility in despair. Creating an immersive space that blends in with the game experience.
I remember being shocked by the imaginative worldview and strongly thinking, "I want to work at From Software ." I went to a vocational school once to acquire the skills for that, and joined From Software.

The first designer I was assigned to was the Déraciné team. Based on the concept of "a calm and quiet country dormitory,"
I was in charge of designing the interior of the dormitory, such as classrooms. We propose to the director a design that conveys a "gentle", "simple", "painful", and "nostalgic" atmosphere,
and through trial and error, the concept is to convey to the users in the game.
I think I learned the know-how to inflate from . After "Déraciné" was over, I participated in "SEKIRO: SHADOWS DIE TWICE". 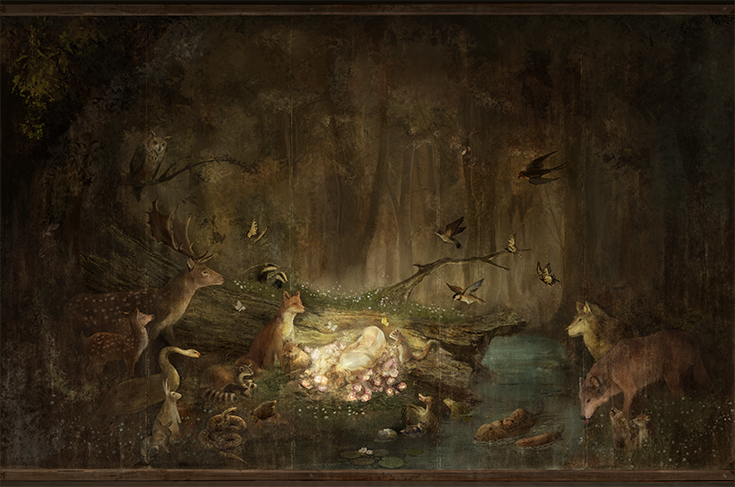 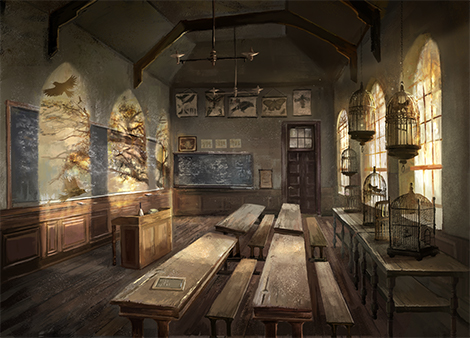 Directing the world of games from the standpoint of a designer​

The designer's job is to interpret the concepts of directors and planners (game planners) and what kind of game experience they want to have, expand the possibilities, and
incorporate them into the design. In addition to the background, we create the design that is the basis of all the graphics that make up the game, such as characters and items.
I basically use Photoshop, but in my case I also use Blender to draw rough 3DCG. The method can be anything, and the important thing is to convey what you want to express to other members.

If there is a place such as "I want to strengthen the impression of this area" based on the game characteristics and the story of the context of the game map created at the development stage, I
will verify the expression method from the designer's point of view and finally In order to improve the quality of the output in the game, we may additionally brush up
.

In the latter half of the development of "SEKIRO", while checking the game within the team, we identified items to improve quality. For example, in the water in the center of the lake of "Gennomiya", the
space was murky when diving, so a hanging scroll drawn in "Audience Room" where irregular lotus roots like weeping cherry blossoms are placed in the water. The impression was strengthened by arranging
. The icon design is also an important element to create a world view. When I was in charge of creating the icon for the school technique,
I incorporated the characteristics of the technique into the design while checking the actual motion of the game frame by frame. Taking into consideration the visibility when actually playing and the easy-to-understand icons, I tried to make the design familiar to the world view by making it a sumi-e style while referring to the martial arts books at that time. rice field. 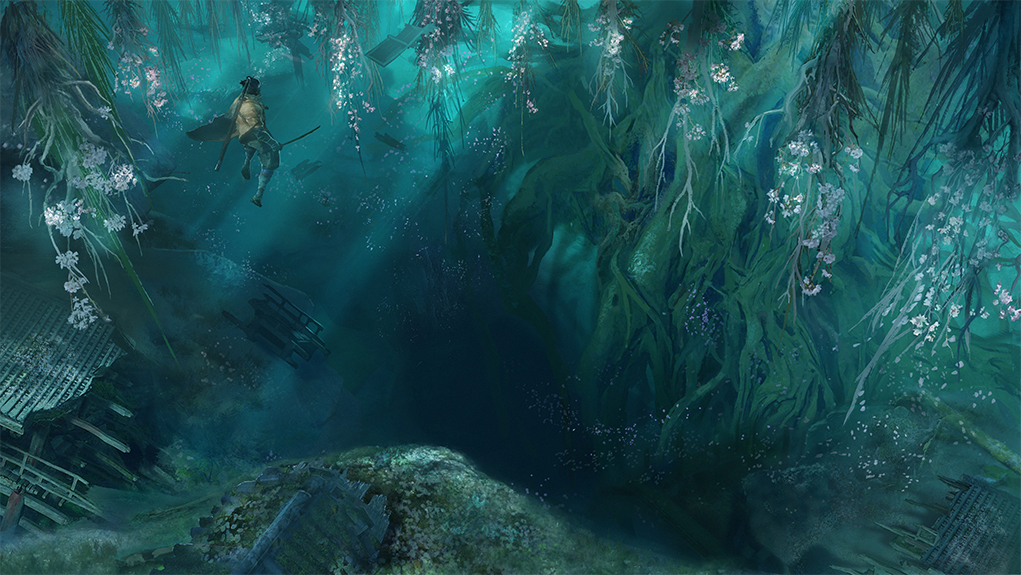 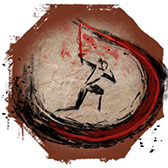