VGEsoterica said:
You would think "how could the game of golf make one of the best Neo Geo games of all time"...and that would NOT be a weird question to ask. When a legendary console like the Neo Geo is known for amazing fighting games, some legit shmups...and the entire Metal Slug series...how does a GOLF GAME end up on pretty much every single "best Neo Geo games of all time" list?

Well...it's just because its THAT DAMN GOOD! Seriously from start to finish Neo Turf Masters is a straight up joy to play. It takes the concept of golf, enhances basically ever aspect of it and comes out in the end with what I'd say is the greatest golf video game of all time. (not including Lee Carvelo's Putting Challenge of course...but that's really a putting game so....haha)

It seriously should be played by basically anyone who goes anywhere near a Neo Geo. Oh...and Kurt Russell is in it (joking...kind of)

But that got me thinking GAF...what other sports games are THAT good...and not part of the NBA/NHL/MLB/Madden category. Stuff like the NBA Jams and NFL Blitz's of the world 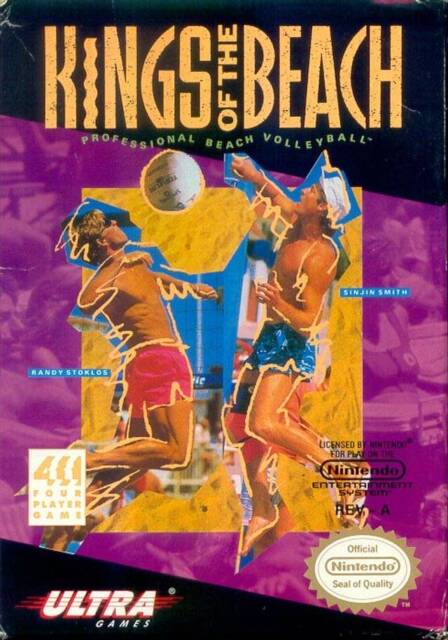 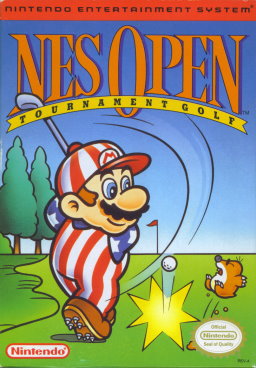 Buy the neogeo CD version and get extra 18 holes scotland!

I remember Microprose Golf being the first golf game I enjoyed. 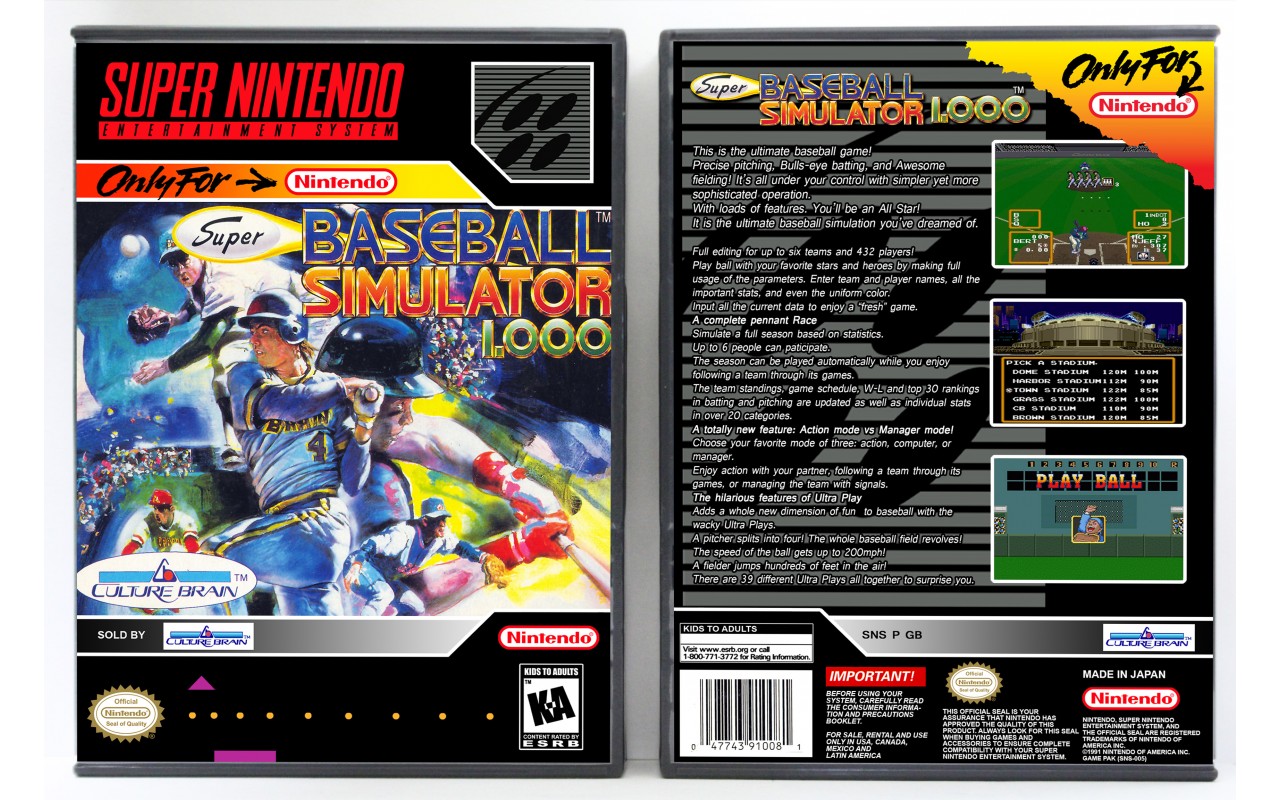 Great idea for a thread OP! I still play this game, the arcade version on my retropie arcade machine. 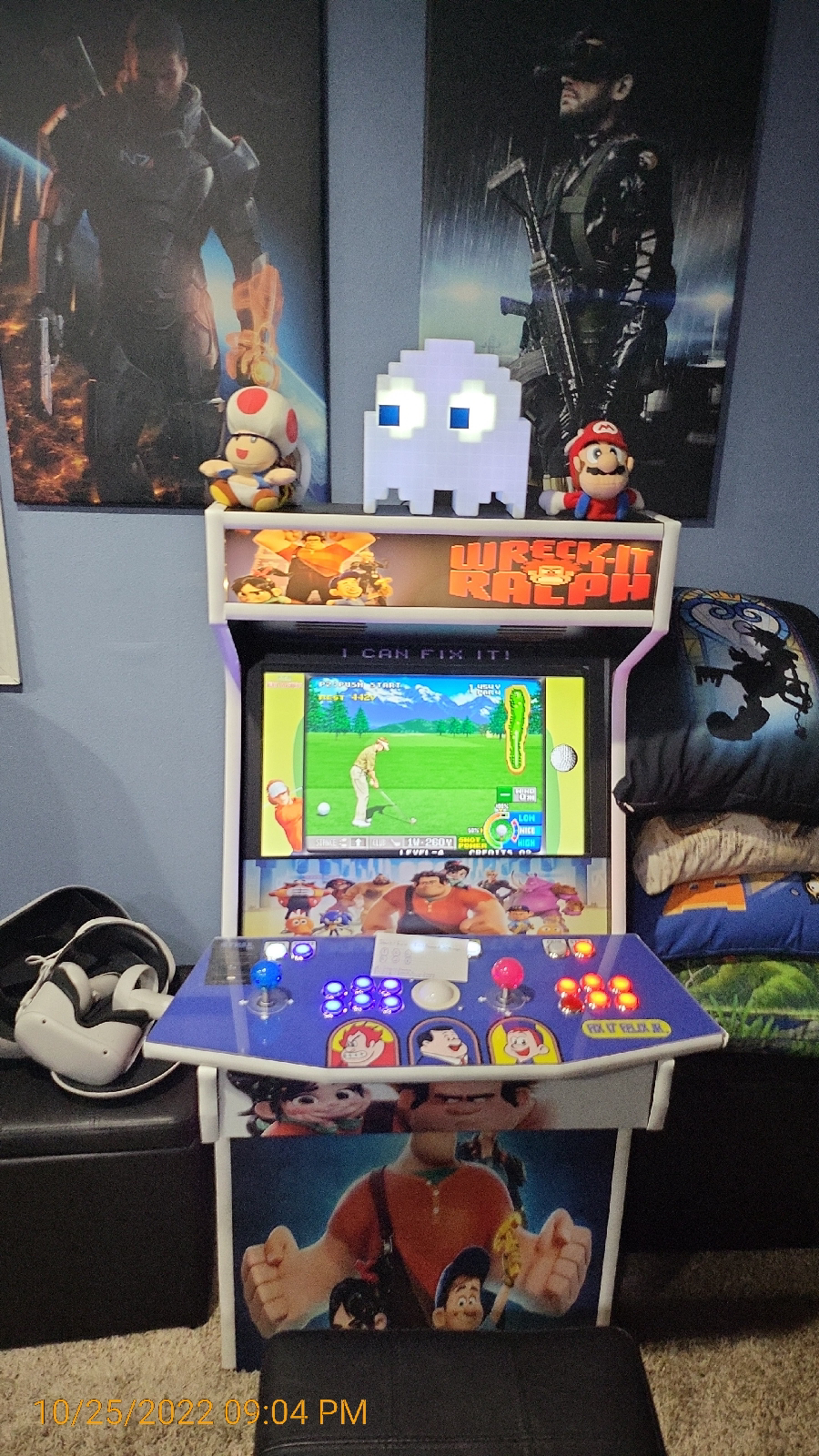 To add to this, my favorite arcade game of all time is Run N Gun 2. Which I also have. 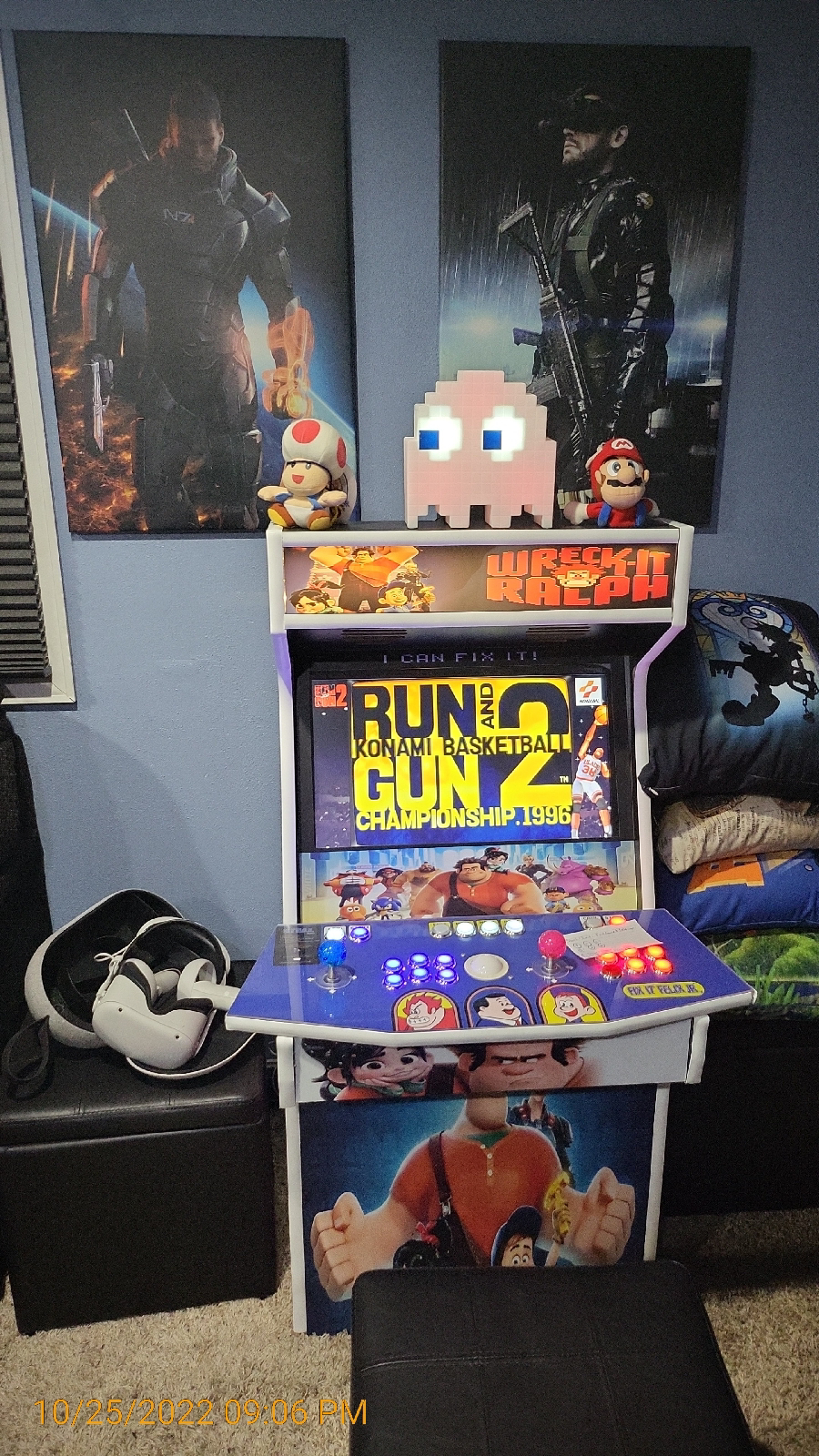 Another one that I adored as a kid was Base Wars on the NES, (I'm dating myself)

I play it from time to time too. 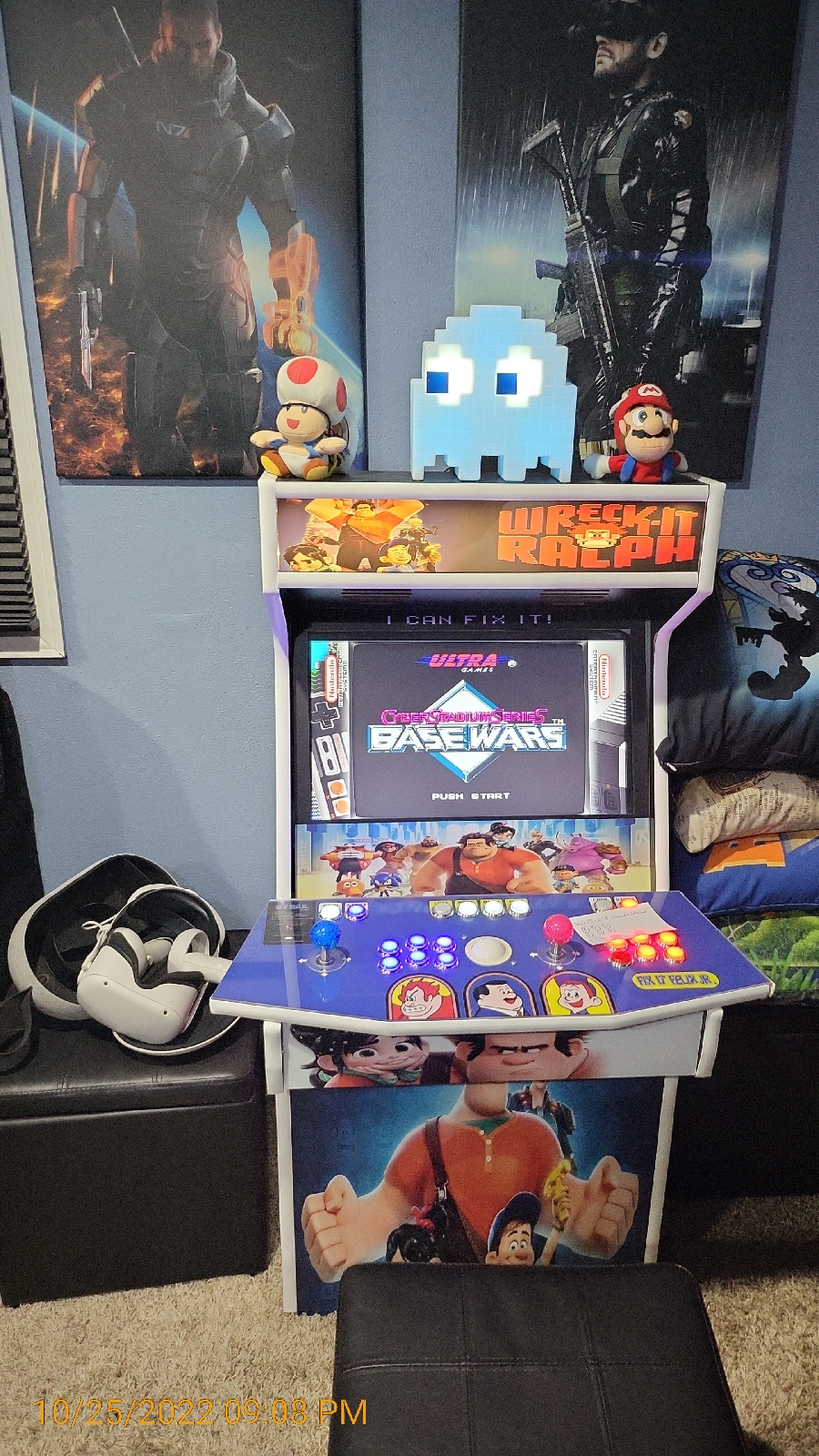 a multicultural team of v said:
Also Baseball Stars 2 on the Neo Geo.

Not that I have played a TON of baseball games, but my top picks for baseball would be Baseball Stars 2 (Neo Geo), Little League Baseball: Championship Series (NES), and Ken Griffey Jr. Presents Major League Baseball (SNES).

Little League World Series appears to use the same game engine as a few other baseball games (there is a Koshien game for example that looks nearly identical), so all of those are probably really good too, but I haven't played them yet to try. Actually I think Baseball Stars NES uses the engine too now that I think about it lol. I should check out those Baseball Stars NES games asap...
Click to expand...

I stand by baseball stars 2 as the best looking baseball game ever, like to this day

Links 2004 on the Xbox was incredible. Not sure how it holds up now but online play was a blast. Really spoiled that year between it and Tiger Woods

The portable Hot Shots Golf games are the best golf games ever. Neo Turf Masters is fun though.

It's a Bethesda game alright. If you younger gamers want to talk about bugs and think Fallout and Skyrim are buggy you should play their old DOS games from 30 years ago if you want to see games crashing every hour.

However, it was a great game as it had all the real players, teams, stat tracking, edit player ratings, edit names, create your own team etc... Amazing shit for like 1990. The Commissioner disk allowed you to be GM with limited tasks compared to modern sports but it had salary budgets. Other stuff you can do in the game which was crazy at the time was choosing plays, I think create a play, adjust jersey colours, choose referee temperment etc.... EA's games were a few years off and they started off all super arcadey too. EA's game never had the sim feel of a well balanced WGHII match (which took lots of player rating tweaking and period length to get it right). I remember playing so much the best settings I did was 10 min periods (real time) and making all players dumb down to a max of 7 Shooting (allstar snipers) and average players a 3-6. Make all goalies 6-7 (back up), 8-9 (starter all star) for the Control stat. And you could get some realistic scoring. I would purposely make the CPU teams slightly better rated. The default ratings were garbage as bad players were rated a 0 or 1 and best players an 8 or 9. A bad rated goalie would let in 10+ goals.

But man was it buggy. Cheese goals, the CPU going for the cheese goal too!, bad stat tracking, second assists werent counted correctly, all kinds of weird player warping around the ice, every once in a while a cpu player will take the puck up and shoot it backwards into his own net as the goalie just lets it in, you could only get shots on net from certain parts of the ice as you could only shoot in 8 directions. Each direction had a small amount of give in the angle, but in certain parts of the ice it was impossible to get a shot on net because there wasn't enough give in the angle range

The worst part wasnt even a bug, but bad UI design. After you finish a match, you go check the box scores and player stats. Then you go to Save game. But it was something weird like when you press the Exit button from stats to go to the save screen, if you accidentally held down the Enter button or double tapped it, it totally exited the game without letting you save because when you go back the screen that lets you choose save, it would put your cursor on the Exit game button. Once you press that Exit button youre toast. The save button was below it. Once you totally exit theres no turning back as there wasnt an auto-save feature back then. My bros and I lost lost tons of games due to exiting by mistake.

Markio128 said:
I remember Microprose Golf being the first golf game I enjoyed.
Click to expand...

chris121580 said:
Links 2004 on the Xbox was incredible. Not sure how it holds up now but online play was a blast. Really spoiled that year between it and Tiger Woods
Click to expand...

How did this become such a cult classic lately? Feels like I've been hearing a bunch of people randomly bringing this up lately.

I've been into these NeoGeo games for a long time now, but I think this is just a great 90's golf game.
You must log in or register to reply here.

Rendered Tangent replied
Nov 11, 2022
Sega Genesis and NEC TurboGrafX were around even until Sonic came out.
2