Currently in Early Access for Xbox One and PC. 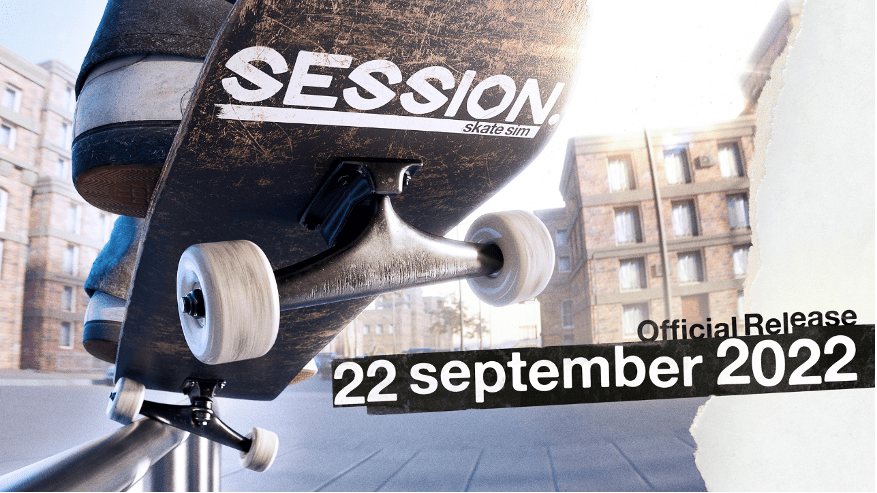 The skateboarding simulator first launched in Early Access for PC via Steam on September 17, 2019, followed by Game Preview for Xbox One on June 9, 2020.

Here is an overview of the game, via Nacon:

Session invites players to dive into the genuine 1990s skateboarding way of life, when each stretch of pavement and each stairway was a great location for your favorite stunt. The game’s ultra-realistic physics bring the sensations of skateboarding to life, and the studio has even integrated ground-breaking gameplay, a first in a skateboarding game: the “True Stance Stick”, where each foot is independently managed using the two sticks. With a learning curve that is just as demanding as in real life, players have to practice how to control their board and pull off all the different stunts available in the game, from the simplest to the most complicated. The integrated editing tool lets each player immortalize their greatest achievements on video.
Click to expand...

From their Steam page:

There seems to have been some trouble in the development as some of the promised features have been cut at least from the launch version.
Last edited: Jun 5, 2022
K

you can't do any grab/vert tricks? that's quite a big CUT...

but hey at least it's on their "possible" post launch plans

I've enjoyed this during development. Here's hoping their launch version is in better shape than Skater XL was.

I really want to like this, but it just isn't fun to play.

It's crazy, how no game has come close to skate 3 and that is over a decade old.

Jesus. I had really high hopes in the game. Back to skate 3 on RPCS3 it seems.

Inspired by the golden age of street skating – the 1990s – Session: Skate Sim lets you experience true skateboarding and its culture: no scoring system; just you, your spot and your imagination!

I've put a few hours into Session this week. I am excited for the full release but I worry they saw what SkaterXL got away with for their 1.0 launch and decided to follow suit. Don't get me wrong, it's a solid game. It just needs a hell of a lot of polish to get it to that next level.

A love letter to classic skateboarding sim skate, Session keeps everything grounded, unlike genre mainstay Tony Hawk's Pro Skater. This newest gameplay trailer both reveals the final release date for the game and gives a great look at the realistic skating the title would have you expect when it launches early this fall.
Click to expand...

It's definitely fun if you're a fan of original control schemes. Very different. Not for everybody.

I hate this type of comparison, because it makes no sense to me. Super different type of stuff that doesn't even need to be compared, and when people start trying to compare them, it's like "Tony Hawk is easy lol it's arcade, Skate / Session is sim, it's hardcore" while the later are actually much more easy to "master".
It's not a criticism against these games, I enjoyed Skate and I played a bit of Session, but a lot of people have a broken point of view on these in my opinion, they are actually quite easy games and more meant for a relaxing time, rather than the scoring type of game that tony hawk is.

Regarding this trailer though, one thing I always hated in Session since the early access is how the map is super empty, there's not a single NPC, it's a ghost town, and looking at this trailer, it seems like it will still be the case in the final version, it's a shame.

Session had potential, especially in manual catch mode, it made the sim aspect more engaging rather than just the "move the sticks randomly and you will land anything" type, it gave more purpose to it being a skate sim for me, but everything around it felt like wasted potential, cheap stuff, disappointment. I had much higher hopes for this game.

Thats kinda lame, doesn't seem like a v1 at all. Maybe they just need some more money again.
You must log in or register to reply here.

NeoGIF replied
Sep 15, 2022
New Skate will be Free to play, will have crossplay and crossprogression between PS, XBOX and PC
News Trailer 2 3