The dictatorship of Jim Ryan, PS4 and PS5 updates will cost $ 10 from now, God of War incluided.

Sony recently unveiled the first pre -order for Forbidden Horizon West, but not for the first time in recent weeks, has met with accountability for its cost of the game. Not only was it ensured that the game would not offer free no other-gen upgrades, but people didn’t have the option of paying to upgrade to an expensive cross-gen upgrade. And it didn’t help in the slightest that Sony itself had previously said that there would be a free upgrade option to the game. Apparently, however, they listened to the feedback, and they responded quickly.

In an update on PlayStation Blog mail announced first-order for the game, PlayStation CEO Jim Ryan has admitted that Sony was “out of the brand” with its prices for Forbidden Horizon West. They have now changed the decision, but confirmed that those who get the game on PS4 will be able to upgrade to the PS5 version for no cost.

“Last year we made a commitment to deliver free upgrades for our cross-gen promotional titles, which include Forbidden Horizon West, ”Ryan wrote. “While the devastating impact of the disease has pushed Western Disasters out of the signal window we foresaw, we will still stand by our surprise.”

Meanwhile, Ryan has also confirmed that future cross-gen PlayStation games will offer $ 10 PS4-to-PS5 upgrade options, including Gran Turismo 7 and another God of War. He wrote: “I also want to confirm today that forward-thinking, first-party PlayStation-specific cross-gen titles (recently launched on PS4 & PS5)-both digital and physical *-will offer a $ 10 USD upgrade number option from PS4 to PS5.This will be used next God of War ma Gran Turismo 7, and any other unique PS4 & PS5 -titled broadcasts published by Sony Interactive Entertainment. ”

Allow Sony to change the decision and listen to feedback and respond quickly. It’s still a shame, however, that the lack of an upgrade fee won’t offer future first-generation cross-gen openings.

Western Forbidden Horizon released on February 18, 2022 for PS5 and PS4. Sony has announced the 40 -minute PlayStation Showcase for September 9, it looks like we’ll soon see a lot more games.
Click to expand...

Does anyone still have a doubt that this Dictator is a danger to Playstation?

Its just going to be 40 minutes of announcements of paid PS5 upgrades, increasing in cost each time:

The dictator was giving away free games last year.

No problem for me because there is no need to upgrade if you buy the PS5 Version in the first place. 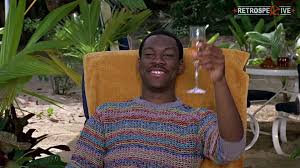 How can they sell PS5 versions for $10 more than the PS4 versions and offer free upgrades?

Kinda obvious that they'd have to go this way!

Lol nice source ya got there

I think Jim Ryan should launch PS5Pass. For $70/year, you can play the PS5 upgraded version of ANY PS4 game that you already own. Could be a great option for those of us who don’t want to commit to just upgrading a subset of our PS4 collection.

Heimdall_Xtreme said:
Does anyone still have a doubt that this Dictator is a danger to Playstation?
Click to expand...

Last time I checked, PS5s continued to sell out everywhere. I don't particularly care for Jim Ryan as a CEO, but fact of the matter is that he launched an extremely successful console and is continuing to provide more games than the competition. If screwups like HFW free upgrade are the basis for PS being in "danger" then that is not much to go on.

And if you are going to call any CEO a dictator then they all are. They all are beholden to stock holders.

Clear said:
How can they sell PS5 versions for $10 more than the PS4 versions and offer free upgrades?

Kinda obvious that they'd have to go this way!
Click to expand...

Sell actual PS5 games that don't have a PS4 version for $70.

The exact same game being more expensive on PS5 is ridiculous.

God of War Ragnarok sells over 90k physical copies in Spain alone. One of the biggest Playstation releases in history

Woopah replied
Nov 23, 2022
In hindsight do you think sony regrets not doing a SeriesS style console?
2 3

GhostOfTsu replied
Nov 15, 2022
Sony Looks To Sell Double The Amount Of PS5s In China Than It Did With PS4. Will invest $140k per game.