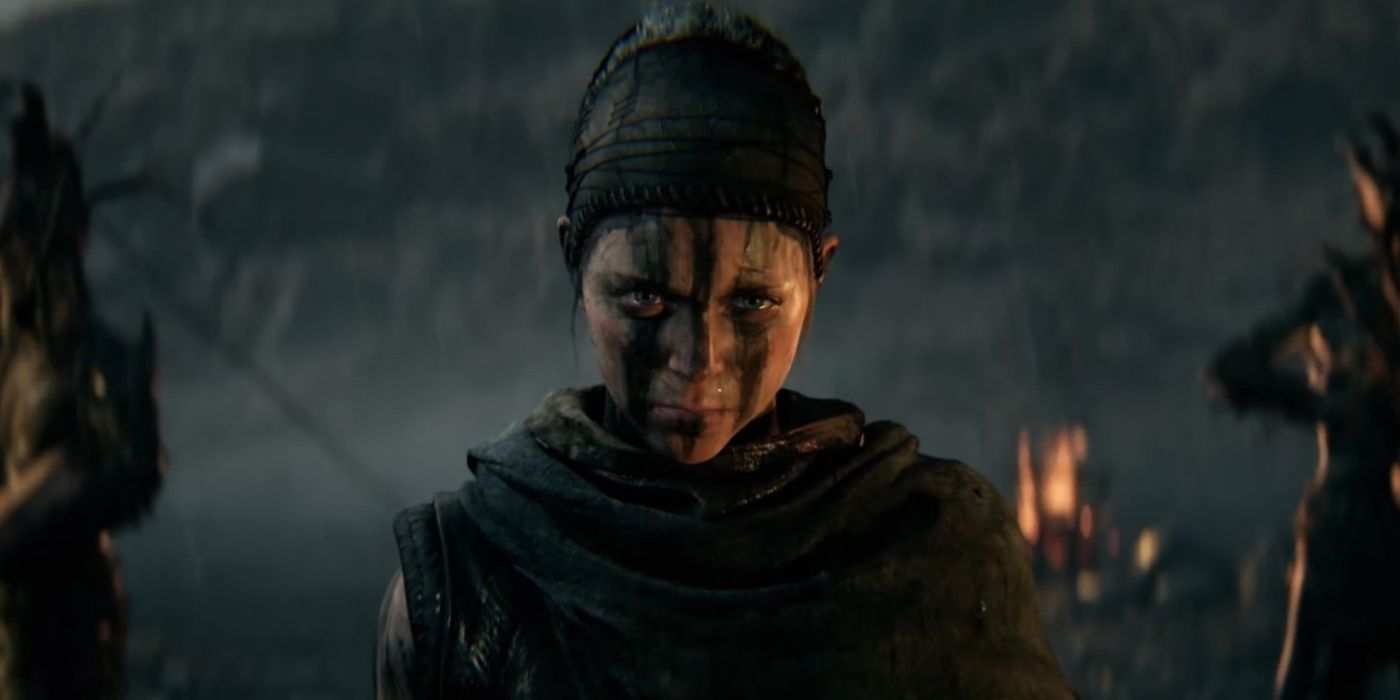 The original Hellblade is renowned for it's impressive graphics, but its sequel has the chance to show off the series' true stand-out feature.

The original Hellblade is renowned for it's impressive graphics, but its sequel has the chance to show off the series' true stand-out feature.
Click to expand...

Even four years after its release, Hellblade: Senua's Sacrifice's graphics still hold up against modern game releases. Now, gamers have finally been given a look at the sequel, Senua's Saga: Hellblade II, and it seems developer Ninja Theory is doubling-down on the series' visuals, offering one of the best-looking games to date. However, graphics alone aren't what made the first Hellblade special, and, thankfully, the sequel seems to understand that.

Hellblade: Senua's Sacrifice was a surprise hit from Ninja Theory, which previously released drastically different games like DMC: Devil May Cry and Disney Infinity 3.0. The team's dedication to accurately represent mental health issues, on top of a compelling and unique narrative, made the game stand out against typical hack-and-slash titles. Being narrative-focused and linear in terms of level design meant Ninja Theory was able to focus on Hellblade's graphics, but despite the impressive looks, what truly sets the first game apart is the incredible audio design.
Click to expand...

From the moment the game begins, multiple voices whisper into the player's ear as if they were really there. This is more than just a gimmick, as it immerses the player into Senua's struggles, using technology to authentically represent mental illness. Senua likely suffers from psychosis, and the developers consulted with numerous mental health experts to portray that accurately and without perpetuating misinformation and stigmas that are all too common when dealing with such topics.
Click to expand...

Throughout Hellblade, the voices both mock and encourage the player, often creating a sense of disorientation and frustration that also makes it feel like Senua isn't alone through her journey. Although she seeming got better control over her inner voices by the end of the first game, the trailer for Senua's Saga: Hellblade II makes it seems like they will always be with her, something that the new game will likely be able to take even further with its impressive audio and next-gen hardware advancements.
Click to expand...

During the trailer, Senua is seen with actual people for the first time, as she appears to be a part of a warrior clan. As the clan enters a cave, they are attacked by a giant monstrosity who resists their spears. The giant continues to pursue the group as they flee the cave, throwing everything they can at it, until the trailer ends as it reaches their fortifications. Although it looks like a cutscene, Ninja Theory claims the entire trailer is gameplay footage, showing its dedication to the cinematic approach.
Click to expand...

While visually stunning, the audio work stands out once again. As soon as the camera reaches Senua's perspective, the familiar voices in her head start talking. They warn her of the approaching giant and tell Senua she will die. The voices add delusion and disorientation to an already tense moment. Plus, the voices aren't the only impressive pieces of audio, as all the chaos inside the cave sounds natural and give a heavy impact. While it will be a while before fans get to see the final product, Senua's Saga: Hellblade II's trailer proves that Ninja Theory understands what made its previous game so special.
Click to expand...

With the ssd and more powerful CPU we shall hopefully see more boundless puzzles and dream like creations from Senua's mind.

It's a stretch to call the whispering voices a feature.

Incredible, no one had entered this thread is two weeks?

I thought “well, can’t be the gameplay so it must be the audio then” before opening the thread. I didn’t expect it to be just that, tho.

I couldn’t play the first Hellblade for more than half an hour because it’s supremely boring, but its standout is definitely the ASMR galore that starts haunting you during the unskippable initial 5-minute sequence of the game.
Unskippable.
5 minutes.

Yeah what about gameplay, I ain't playing it again if it's going to be like the first or like the trailer showed (aka first in better graphics).

Honestly this is a stretch. The first game is way too cinematic and lacks meaningful gameplay. This will be much of the same.

Deft Beck said:
Honestly this is a stretch. The first game is way too cinematic and lacks meaningful gameplay. This will be much of the same.
Click to expand...

You do realise only 20 people developed the first Hellblade, while there's around 40 people are working on the next Hellblade 2
Last edited: Jan 2, 2022

SoloKingRobert said:
You do realise only 20 people developed the first Hellblade, while there's around 40 people are working on the next Hellblade 2
Click to expand...

It doesn't matter how many people develop a game if they fail to make compelling gameplay.

Matt_Fox said:
It's a stretch to call the whispering voices a feature.

It's a leap wider than the grand canyon to call them more important than the graphics.
Click to expand...

The biurnal audio was more important than the graphics in the first game and it will be in the next as well. The voices are central to the theme of mental health. Good looking plants are not.

M1chl said:
Yeah what about gameplay, I ain't playing it again if it's going to be like the first or like the trailer showed (aka first in better graphics).
Click to expand...

i have not played the first, what did you not like about it?

sircaw said:
i have not played the first, what did you not like about it?
Click to expand...

It's "walking simulator" with small areas, where there are tons of enemies and it has really bad "fighting", it's like a God of War fights "arenas", but bad. I understand that 12 people made that game, however in this scenario, here I would expect way more, than just a better graphics.
You must log in or register to reply here.

IbizaPocholo replied
Jan 1, 2022
IGN's Next Gen Console Watch: Where Are All the Ray-Traced Games?
2