duckroll said:
You know, there's really no point having two ongoing Xenoblade threads. Someone should probably create a new one with info we have up to now in the OP, and then I can lock both old ones.
Click to expand...

Ask and you shall receive. 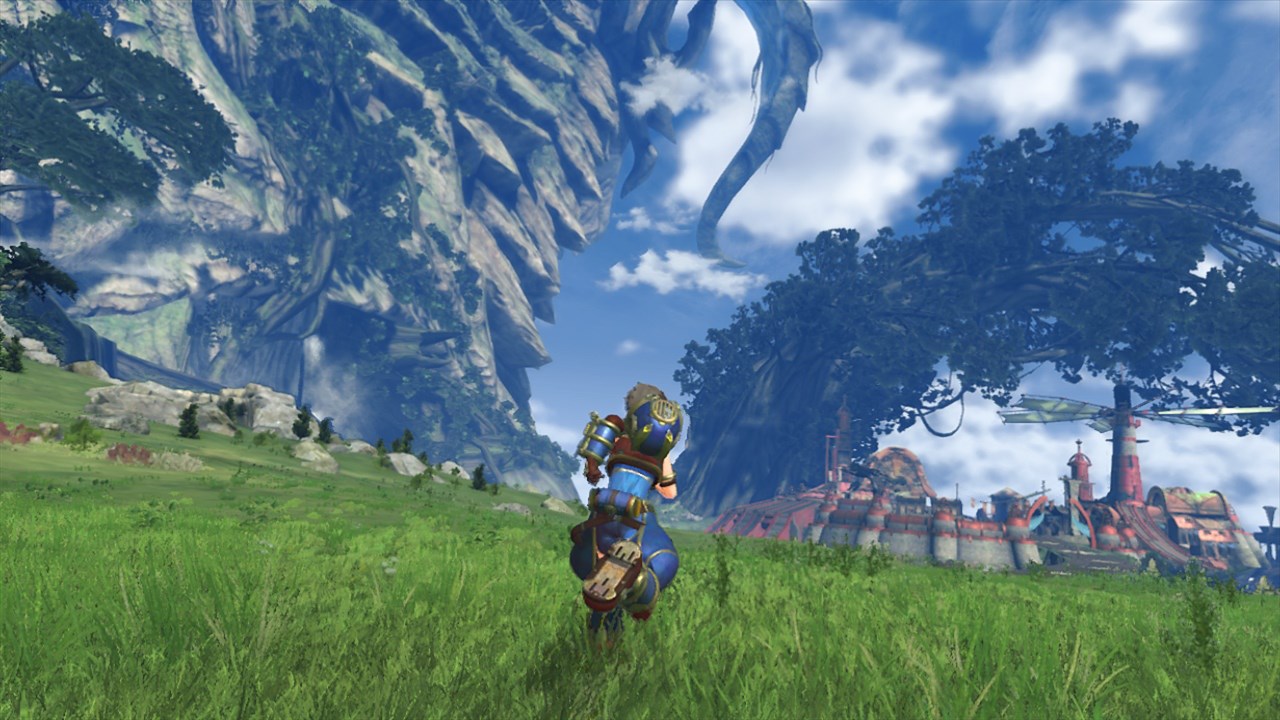 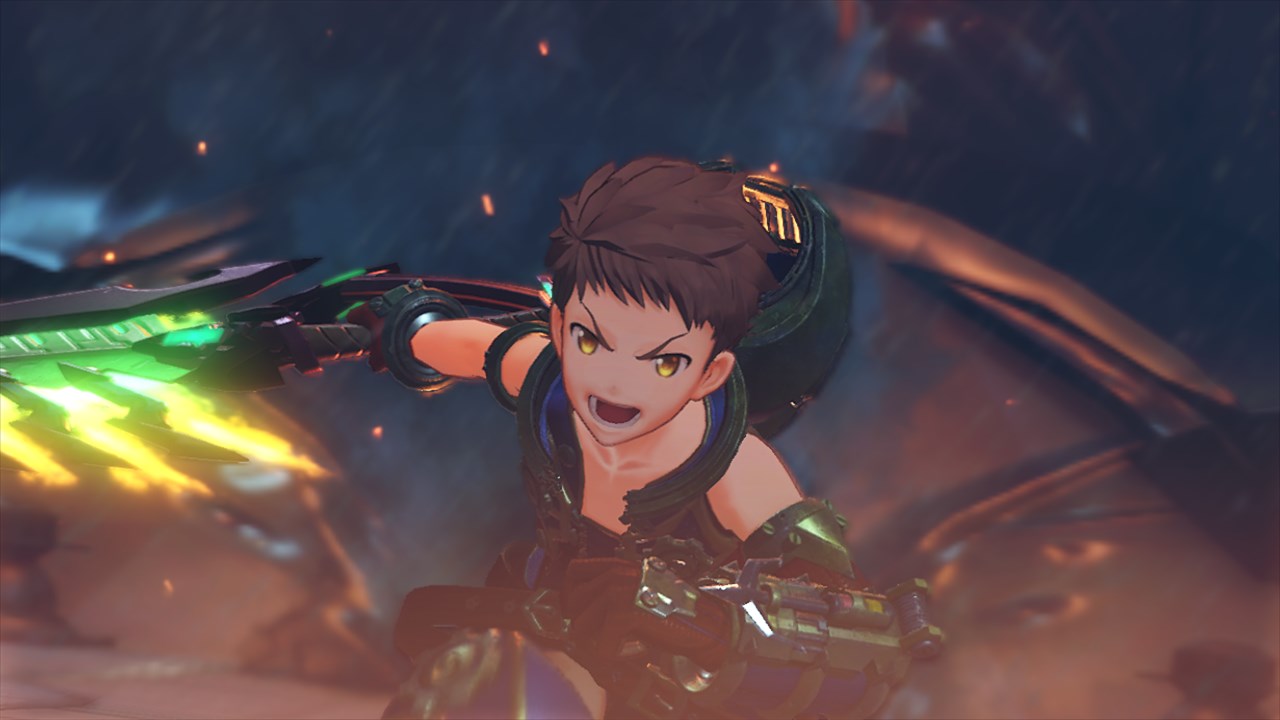 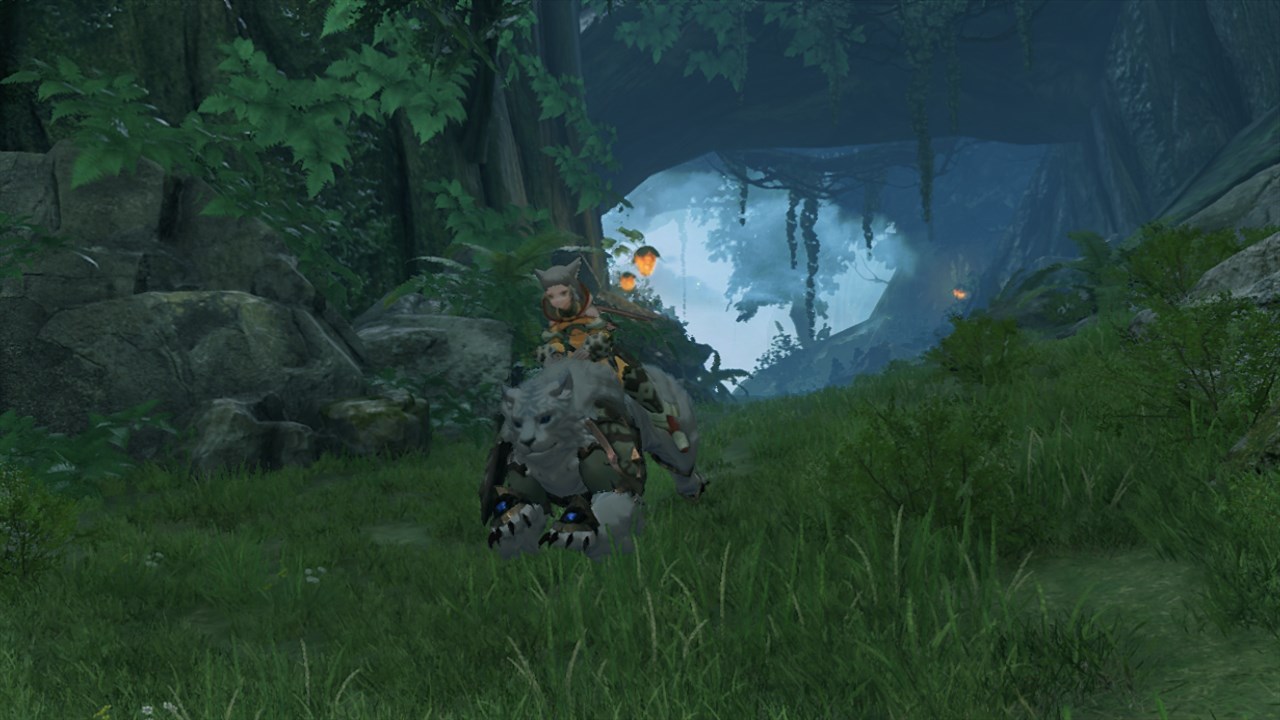 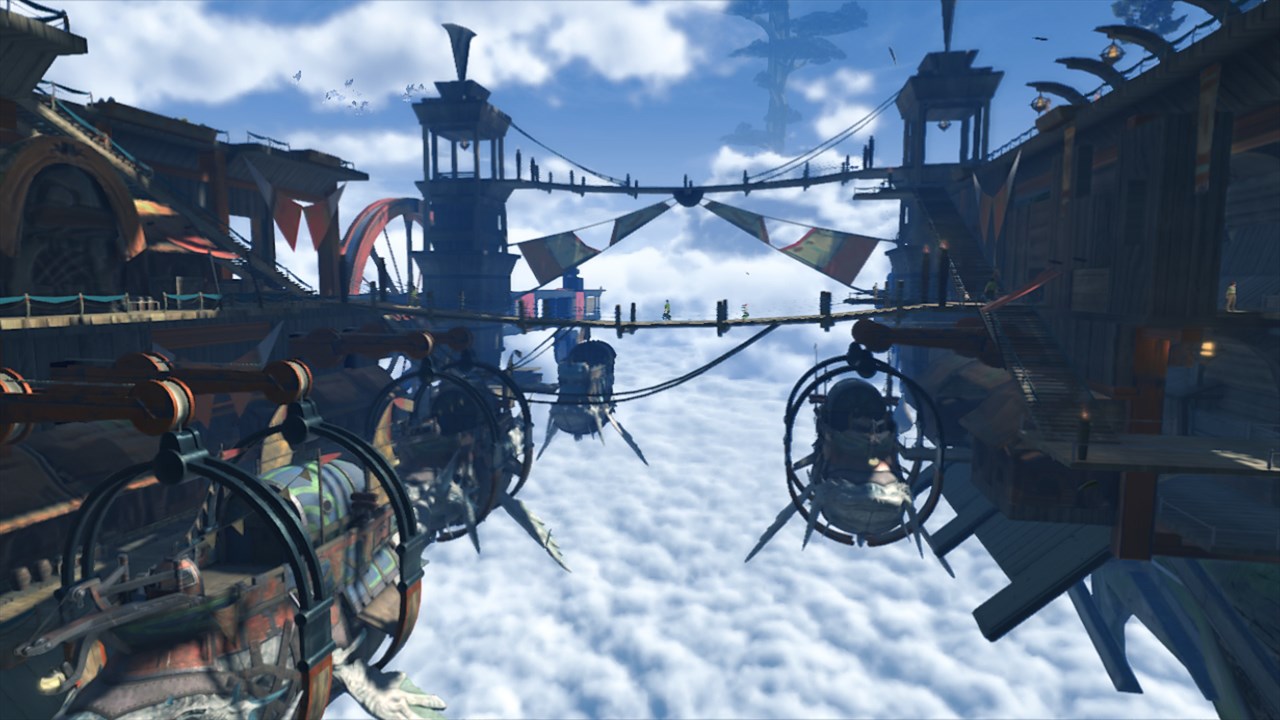 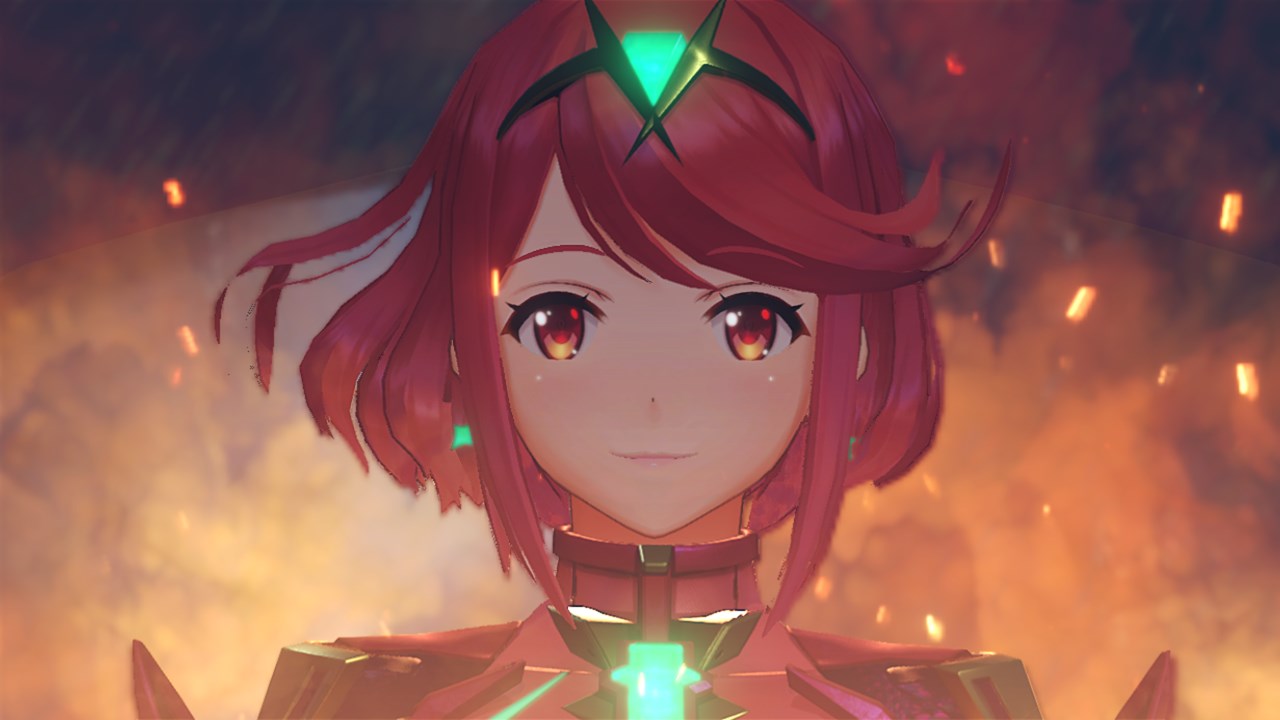 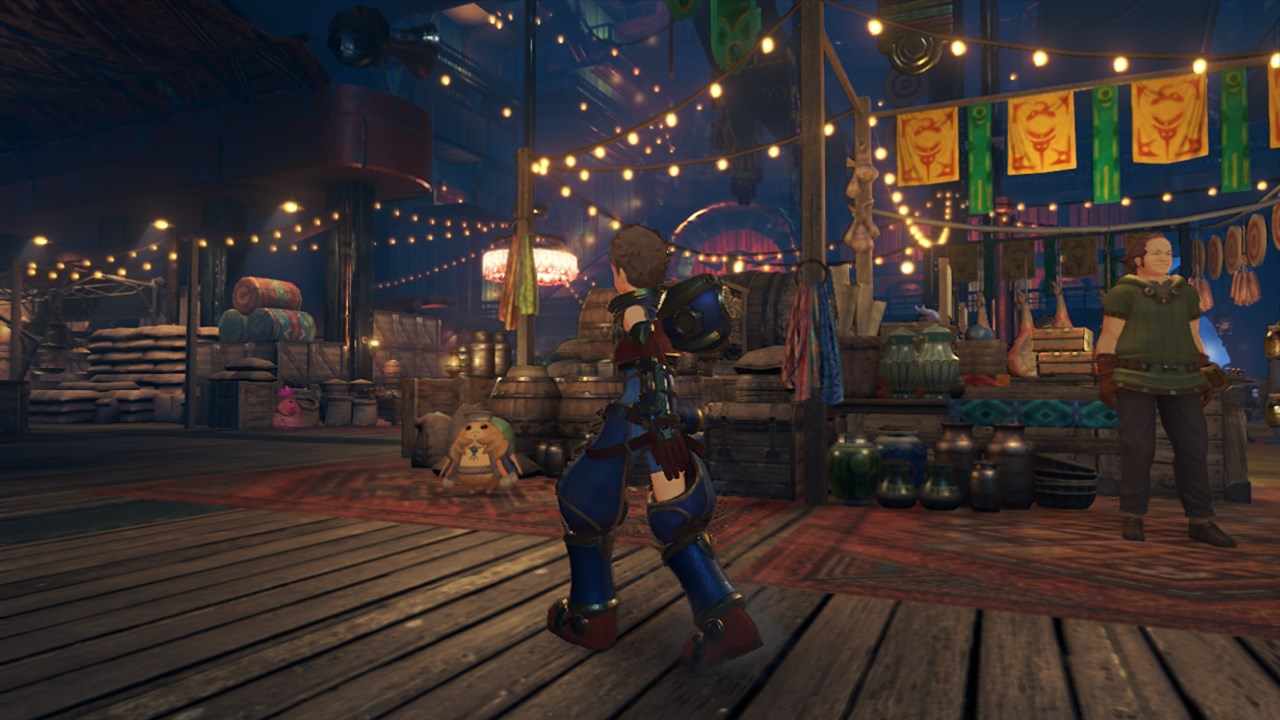 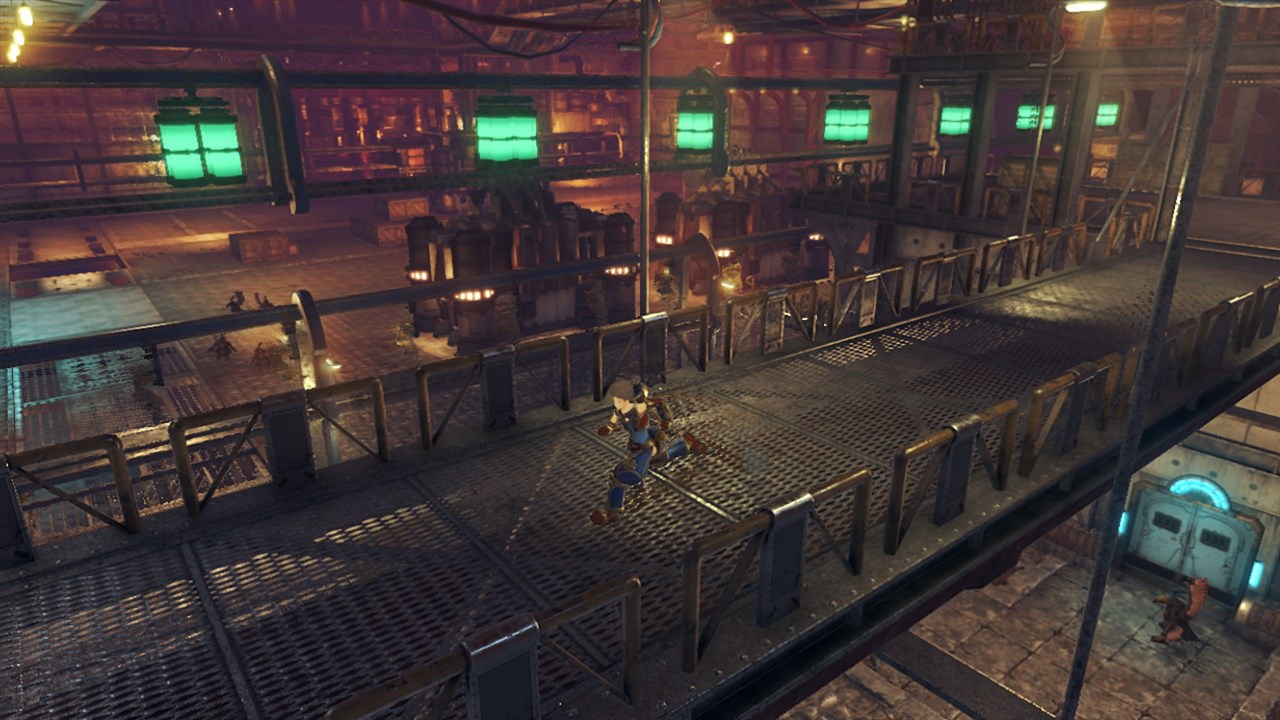 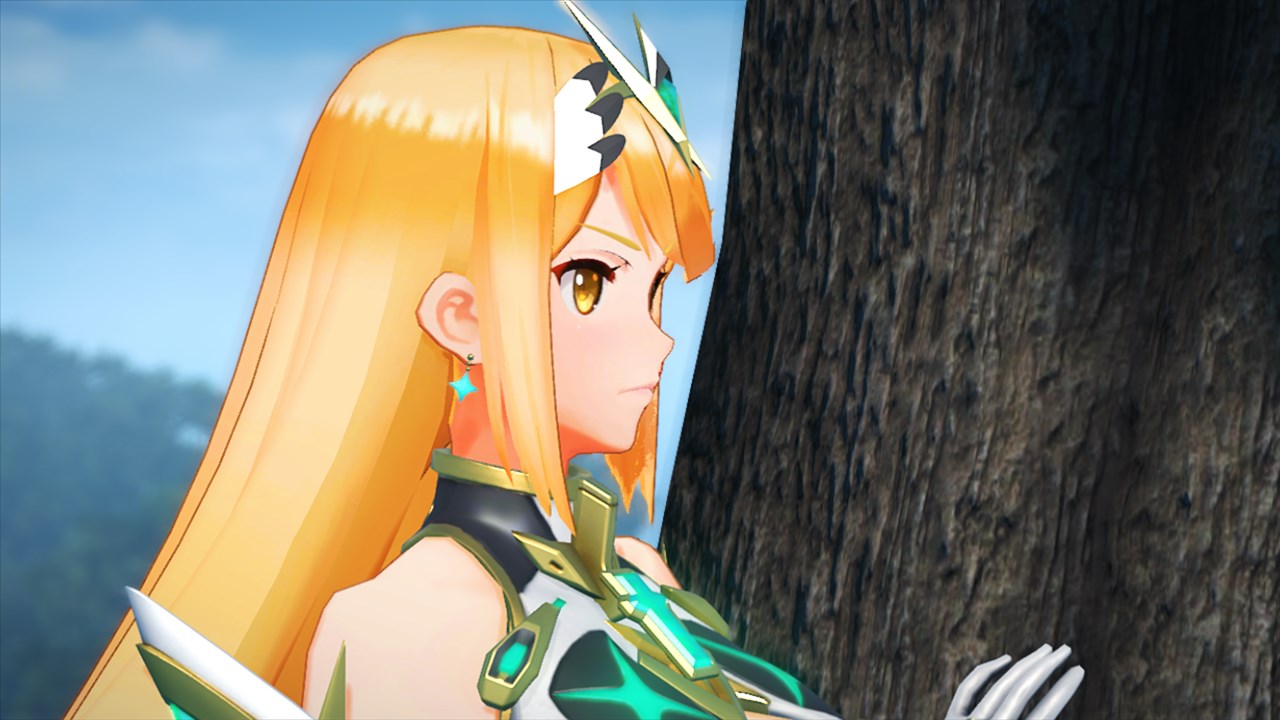 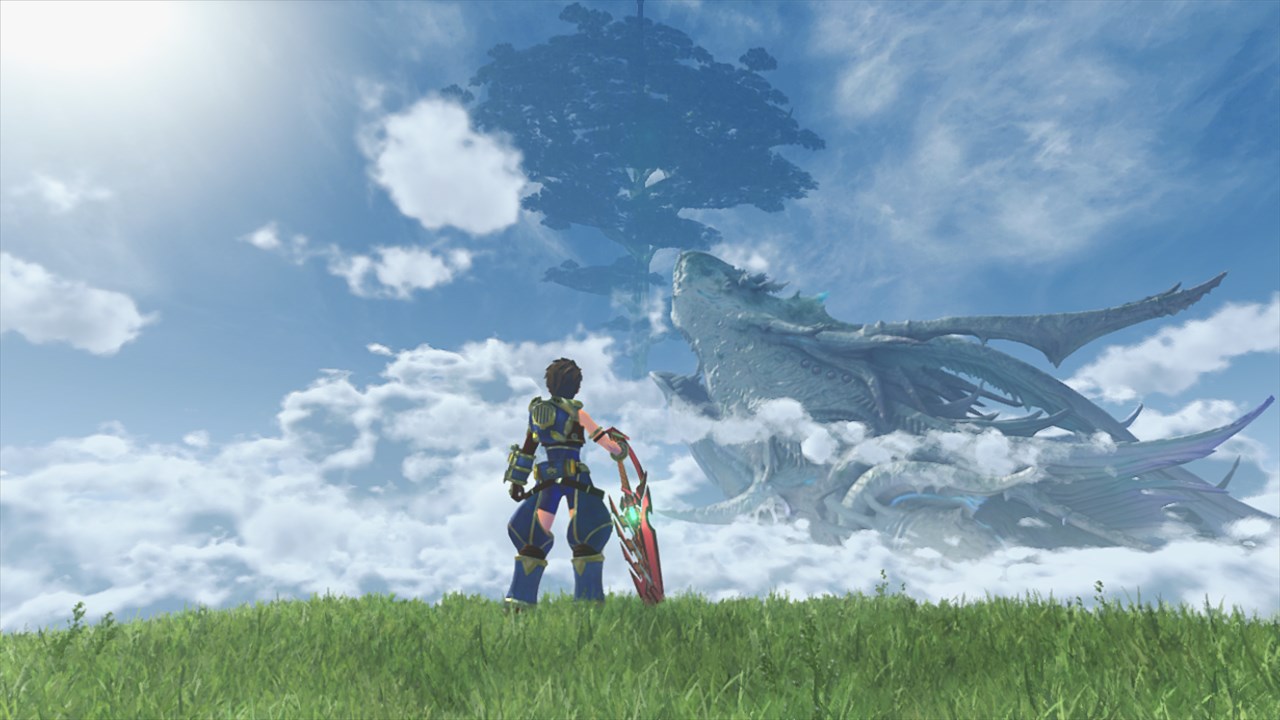 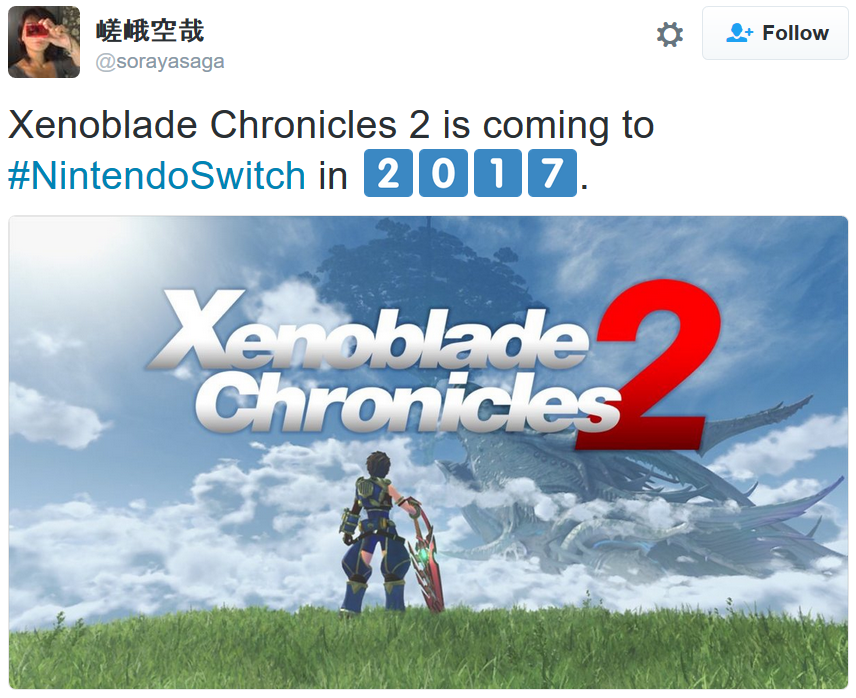 
duckroll said:
I wonder if the 3 script pages were picked randomly or with specific intent to communicate the tone of the game, because man, one of them is Tales as fuck. Lol.


There's the page with Van Damme explaining the Blade to Rex as I mentioned, and then there's one with a team investigating an ancient ship, which sounds Xeno as hell. And then.... then... there is a bath scene with 3 female characters with awkward shit, including one commenting on the other's figure. Lol.

duckroll said:
Oh was he? I don't remember many of the details in Xenoblade anymore, I just googled to check. Yeah, definitely a recurring homage character then.

Regarding the most visible page with Van Damme talking to Rex (the main character).... I think it definitely reveals the main context of the hints in the trailer.


The "Blade" in Xenoblade 2 is definitely a humanoid character as well. The one mentioned is called "Homura" and is likely the red haired girl with the same armor design as the blade Rex has at the end. The wielder of a Blade is called a Driver. As long as the Driver lives, the Blade is immortal and will regenerate from any injury. A Driver protects a Blade. And Rex says he will protect Homura.

Everything in this post shamelessly stolen from Cerium, Duckroll, Hero of Legend, Skypunch, and kuroneko0509
J

As long as it's not soundtracked by Wesley Willis this time.
H

In that second screen it almost looks like he doesn't have a nose because of the angle and colouring.
I

Character design is off putting. I really hate anime despite liking Japanese games a lot on average. Xenoblade 1 is certainly one of the best JRPGs ever, arguably the best I've ever played actually. Monolith has ridiculous talent so I'm looking forward to this.
D

Prepare for all the angst and melodrama. *shudder*
M

He was way better than Tatsu, for sure.

this really is Anime as fuck isn't it.
D

I wonder how big the Xbox lady's boobs are.

This is one of the few games that encourage me to get a Switch... Eventually.
K

People wanted more focus on story and you'll get it
L

THE POWER OF BUTTERSCOTCH BOTTOMS

He knows nothing!
B

I hope they get Mitsuda to do more than a few songs, and by few I mean one. And by one I mean only the ending song.

Hoping to see more of this.

I liked the first one but the trailer for this looked pretty uninteresting. I hope we get to see more varied and crazy settings as in the original
S

The character faces are fine now. They didn't necessarily need to be anime style and the costumes could use some work, but anything is better than the faces of the last game. Thank you! I wasn't a fan of XB X, but I loved the first game and this seems more in that vain. Looking forward to it!
A

SomedayTheFire said:
this really is Anime as fuck isn't it.
Click to expand...

Biggest take away from this is there may be a character named Van Damme.

Hoping its a subtle tribute to the ledgendary Actor JCVD
C

I'm excited for this even if the main character's pants are the dumbest designs I've seen in a while.
S

Comet said:
I'm excited for this even if the main character's pants are the dumbest designs I've seen in a while.
Click to expand...

Reminds me a lot of PSOne era JRPGs. I love the design.
D

Yay Yasunori Mitsuda is back
D

Okay garbage may be too harsh, I've seen much worse from NIS and Compile Hearts, but it's still really incredibly generic and coming from a first party production, it just is bad.
N

Thanks for the info dump. Really looking forward to hearing more about this one.
H

ACE is back! Now get that British voice-over back and it's a proper Xenoblade game again.
U

jdstorm said:
Biggest take away from this is there may be a character named Van Damme.

Hoping its a subtle tribute to the ledgendary Actor JCVD
Click to expand...

This wouldn't be the first time...
K

This reminded me that I really need to start the series.
I

Nice, I lost track of the discussion since we had two threads about pretty much the same.
M

Thank you for making this thread!

Really so happy this is being made. Can't wait to see more. Art looks amazing. ACE making the soundtrack again is probably the best news I've heard
K

I love the character design, which is a fist in the series for me. 2nd good point it has is, such a game is suited to handheld gaming.
S

"this really is ugly Anime as fuck isn't it."

I am really interested in this game and Octopath Traveler.
F

jdstorm said:
Biggest take away from this is there may be a character named Van Damme.

Hoping its a subtle tribute to the ledgendary Actor JCVD
Click to expand...

All Xeno games have had a character named Van Damme (or some variation of it) It's thier version of cid. 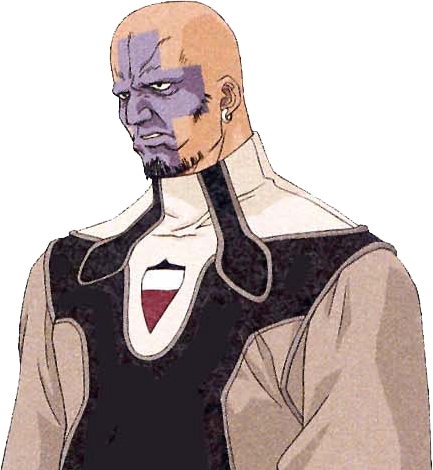 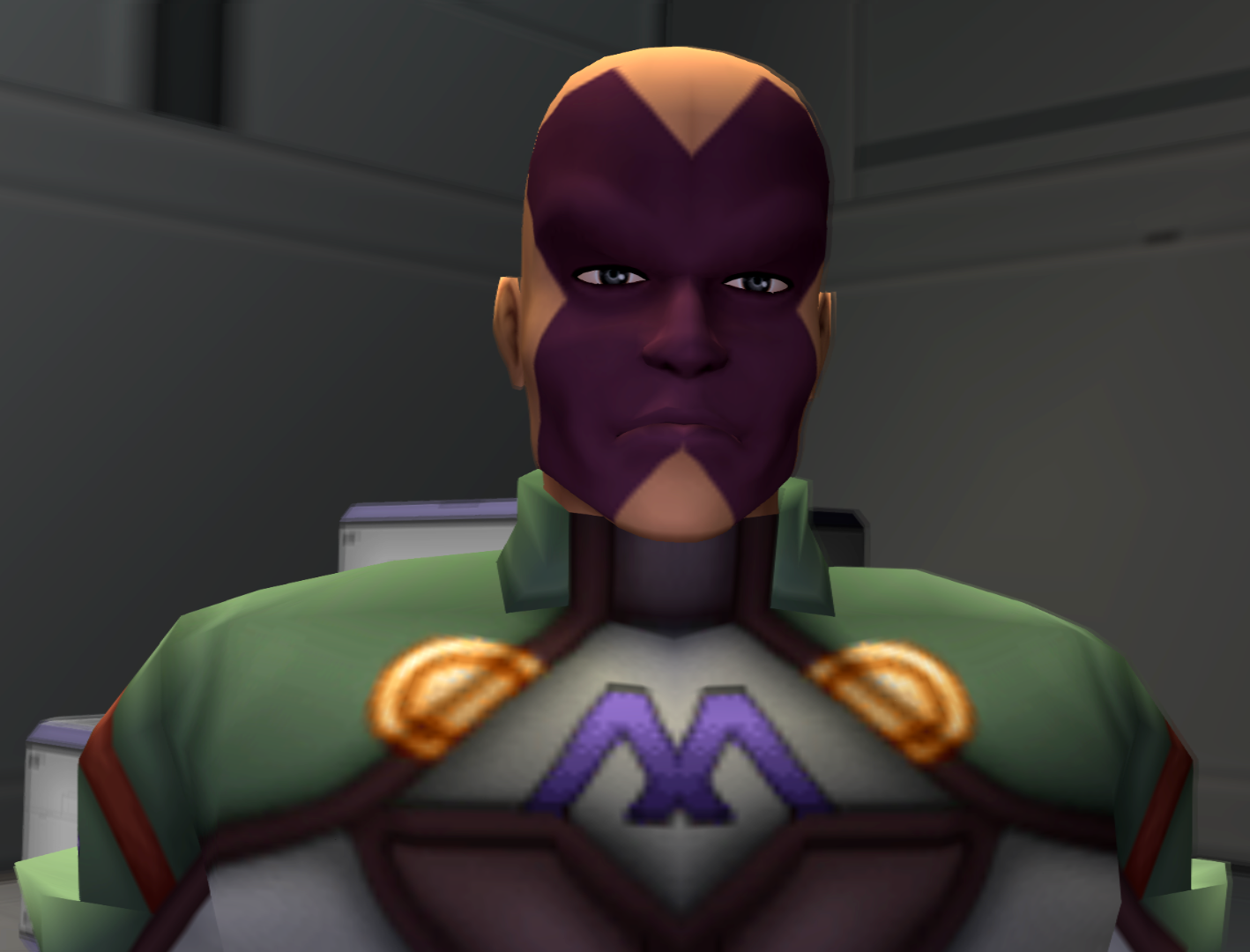 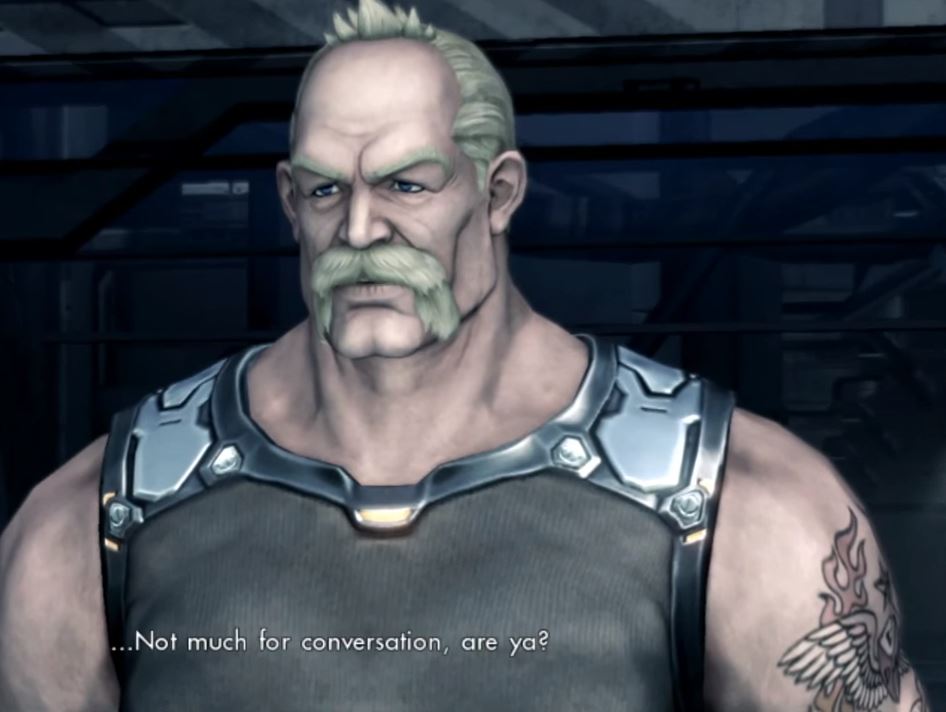 I hope they deliver on the British accent again. Looks good, still hope we get chronicle x port on the switch eventually.
O

I enjoyed my 40h with Xenoblade on Wii but this trailer/announcement did absolutely nothing for me.
A

edit: I may have read that wrongly. Oh well.
Y

I hope Namco is taking notes for the visual style of the next Tales of games, since this game seem to have nailed what I expected for their next game.
B

Hahaha yeah I noticed that too. Xeno game indeed.
F

Just like in XBC i will enjoy the hell out of Monoliths World Design, and try to ignore the disgusting characters and nonsensical story.

At least the character style this time looks coherent, instead of the vomit that was XBC's character design.

Personally would've loved a sequel to X more. Mira still holds so many mysteries and I enjoyed the approach to character writing much more. But alas, maybe they manage to find a middle ground that allows me to enjoy the characters this time.
M

Okay garbage may be too harsh, I've seen much worse from NIS and Compile Hearts, but it's still really incredibly generic and coming from a first party production, it just is bad.
Click to expand...

It's like you've played the game and all that.
A

I would probably have appreciated a Wesley Willis soundtrack more. I just hope they don't ignore the plot completely again in favor of having the maximum number of extremely generic mmo quests. Really interested to see where they can go with a system with a lot more ram though.
T

why do his pants look so dumb?
M

Blobbers said:
I hope they get Mitsuda to do more than a few songs, and by few I mean one. And by one I mean only the ending song.
Click to expand...

Eh, I was super excited for this game... but the character designs are trash. :\
S

Man Swano should have come back to do the music.